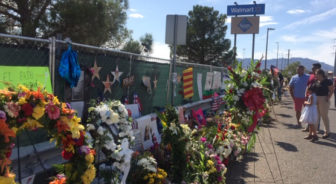 Under this President, there has been a predictable rise in white nationalism, hate crimes, and the soul-crushing violence against Spanish-speaking immigrants and anyone who might sound or look like one. The August 3 attack on the people of our binational community of El Paso woke us up to the realization that legality or illegality was never the real issue; language and skin color was, as the black population in the U.S. has long known.  Many far more articulate and thick-skinned than I have dissected, addressed, and contextualized these sentiments and behaviors. I hope to use this space, instead, to address smaller, more hidden behaviors, invisible to most except to those who are targeted; behaviors that the media are not addressing, because they are either complacent or complicit.  These behaviors have been termed “microaggressions,” an expression first used in the 1970s by a psychiatrist, Dr. Chester Pierce, and defined by Columbia professor Deral Sue as:
“brief and commonplace daily verbal, behavioral, or environmental indignities, whether intentional or unintentional, that communicate hostile, derogatory, or negative racial slights and insults toward people of color.”
Some examples of racial microaggressions include such phrases as “but where are you really from?” or “funny, you don’t sound like a _______.”  More examples can be found at the following website. https://sph.umn.edu/site/docs/hewg/microaggressions.pdf.  Even better, read Claudia Rankine’s prose/poetry book, Citizen. Linguistic anthropologist Jane Hill coined another term similar to microaggression as she turned her attention to the racialized use of Spanish by Anglos in Latinx communities in the Southwest: mock Spanish.  Web sites that examine mock Spanish and its influence include the following: https://www.kibin.com/essay-examples/the-prevalence-of-mock-spanish-in-the-american-media-zbbf20N7; https://www.latinorebels.com/2016/10/20/trump-relies-on-mock-spanish-to-talk-about-immigration-opinion/; https://languagesinconflict.wordpress.com/tag/mock-spanish/.
My understanding of the term is that privileged white speakers can say and do small things that indicate superiority to or derision of minorities without being held accountable.  This behavior can be disguised as humor or ignorance or deemed to be irrelevant by the speaker.

MIMBRES, NM — I first fell in love with this Shaker song at an ill-fated wedding in Glenwood, NM, in a small church with an old piano many years ago. All I knew about the Shaker religion was their furniture, not their beliefs. Furniture built to last, unadorned, simple but beautiful. This song, written by a Shaker elder named Joseph Bracket in 1848, has been performed by many artists over the years, including Aaron Copland (Appalachian Spring, 1944), Jody Foster (Kung Fu), Sydney Carter (Lord of the Dance, 1963), Weezer, R.E.M., Judy Collins, Jewell, Toy Dolls, and Yo-Yo Ma at President Obama’s first inauguration in 2009, even though it was too cold to really perform it. Unlike other religions that expound a philosophy of “be fruitful and multiply,” Shakers believed in celibacy, which probably explains why there aren’t more of them.

We are who we are, and all we could be

MIMBRES, N.M. — We like to label people outside ourselves and our inner circle of family and friends in neat, non-overlapping categories. This is an us v. them exercise. In order to accomplish our goal, we have to ignore the fluidity and subtlety of identity. We crash through all sorts of logic gates, mixing skin color or other visible personal characteristics with birthplace, language, religion, education and social class, citizenship. Fine distinctions are unnecessary when we are busy lumping people. 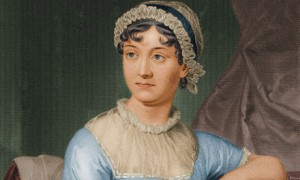 MIMBRES, N.M. — Some phrases and meanings of words come into sudden use, mutate and spread geographically, linguistically, and socially, almost like a communicable disease. They go viral. Years ago, words like segue, meme, trope, zeitgeist… were not popular words; they were hidden in obscure academic texts. And then, they went viral. Some words become popular for a while and eventually wear themselves out and became consigned to trivia games. 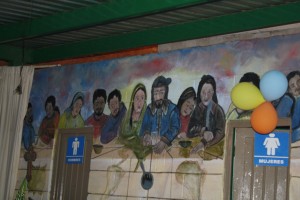 I crossed the border for the first time in six years, used my current passport for only the second time. The sweetness of Mexico hugged me with glad and colorful arms along with the melancholy of my absence. From my settlement of San Juan, New Mexico, I drove to the Tucson Bead Show for the craziness that this city stages every February. This was only my second time to attend, to spend hundreds of dollars on beads that would become, in the coming year, creations of adornment that make me happy to make and make people happy to wear. Putting Sheriff Joe Arpaio, Governor Jan Brewer, and Senators John McCain and Jeff Flake into a guilty corner, I drove from Silver City to Lordsburg through Texas Canyon and into the metropolis. 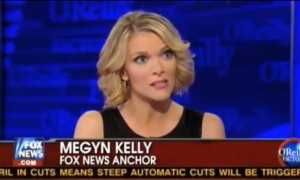 MIMBRES, N.M. – Have you noticed all the women on television these days who are wearing sleeveless dresses? Is this some sort of fashion trend started by Michelle Obama, or do women have a higher metabolism nowadays that keeps them warm? Did they turn up the heat in the studio? Are the camera lights that hot? When I was part of the working world, I was always freezing in the conference room. 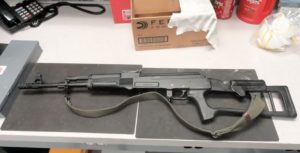 MIMBRES, N.M. – Every child has a nose for sniffing out hypocrisy and a heart for fairness.  Maybe we become more vulnerable to hypocritical arguments as we age. Otherwise, politicians and lobbyists would be exposed as emperors without clothes in a heartbeat. Then they would be shamed and silenced. Or, maybe they continue to believe that if they keep repeating an untruth often and loudly, it will magically become true. And it seems to have become so with a segment of our population that is suspicious of government, any government, but especially government led by a black man. 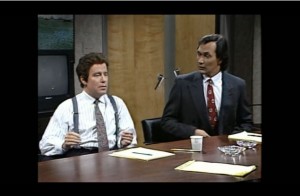 Gringos speaking Spanish badly; what does it mean?

The Mimbres, NM – OK.  I officially can’t take it anymore. I heard Andrea Mitchell, MSNBC’s chief foreign correspondent, say “ma-kismo” (machismo) on air this week. I did a double take. What did she say?  What was she trying to say? And she is the FOREIGN correspondent? 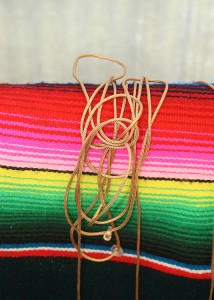 MIMBRES, N.M. – Why is it that necklaces, bamboo roll-up shades, and extension cords tie themselves up in knots without any help, and intentional knots are so difficult to learn? Since I started making jewelry, I have tried several pendants that are more masculine, or at least earthy, and I wanted to use leather cords rather than metal chains to complete them.  First I took a lesson from Roberto Santos when I made pendants for the drum circle guys. He taught me one way to make the knots so the laces slid up and down to adjust in length. I could do it right then, but I couldn’t do it a few days later when I was working on something else. Next, I took my problem to a luncheon at the Sociology and Anthropology department at UTEP. 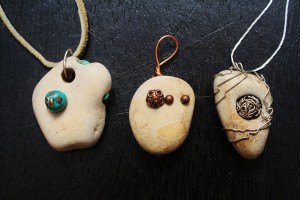 The poet and the physicist…and the retired professor

Last night a former student suggested I get into the political arena. I responded that art, not politics, was my new life and then I reminded myself of a quote from the poet John Keats: “beauty is truth, truth beauty, /that is all ye know on earth, and all ye need to know.”

Art, however you define it, is a well that never runs dry. It quenches a thirst that no day job could ever do. It expands your world in every dimension, even those we haven’t named. We can’t eat art, or if we could, most of us couldn’t afford it.