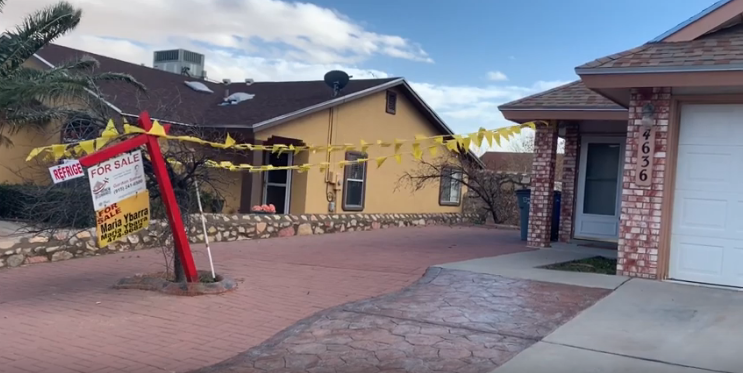 About one in every six El Pasoans say they own homes in both Ciudad Juarez and El Paso, according to a recent survey.

The Border Perception Survey asked border residents about topics ranging from education and health to the security and environment. The survey, a collaboration between the El Paso Community Foundation and Fundación Comunitaria Frontera Norte as part of an initiative called Building Broader Communities in the Americas, was conducted between August and September of 2018 and included 896 El Pasoans and 1,535 Juarez residents.

“The surprising thing was such a large number of people who actually are dual citizens, or are citizens of one side of the other but have homes on the other side of the border. And so that was an impressive finding,” said one of the researchers on the project, Josiah Heyman, director of the Center for Inter-American and Border Studies and professor of Anthropology at the University of Texas at El Paso.

El Paso Realtor Daniel Lara said it is easy for anyone to own property in the United States, but not in Mexico.

While 17% of El Paso homeowners say they also own homes in Juarez, only 3% of Juarenses say they own a home in both cities. Still, about 60% of those surveyed say they have family on both sides of the border, reinforcing how deeply connected the two cities are.

“When we bring this out, then I start have people come up to me and say ‘Oh yes, you know, I still have my mother’s house in Juarez’ and ‘You know, part of my family is here and part of my family is there,” Heyman said. “We get all the stories of people who actually have residences in both countries. This tells us something to support the impression, the words, the imprint in the minds of people that this is a binational community.”

Fabian Hernandez, an electrical engineering student at UTEP, was born in Ciudad Juarez, but his family lived in El Paso on weekdays and stayed in their Juarez residence on the weekends. He grew up shifting back and forth between his homes on both sides of the border. Now he lives in Juarez with his wife and crosses the border to work and study in El Paso.

“One of the advantages of living in El Paso is that you can get like the best of the United States and the best of Mexico, but I consider Juarez more like my home,” Hernandez said. “I lived there most of my time, with most of my family and friends there. That’s why when I was living here in El Paso I went, when I could, I went to Juarez to go out with them.”

Heyman says a significant number of people regularly cross back and forth between El Paso and Juarez from both sides, but it is dominated by El Pasoans. The survey showed 63% of El Pasoans say they go to Mexico, but 75% of Juarenses never cross into the United States.

“Many people in Mexico don’t have permission to come to the United States and a very, very small proportion of them go without documents,” he said. “Vast majority just stay on the southern part of the border.”

Eva Moya, a co-researcher on the Border Perception Survey is an associate professor in the Department of Social Work and the College of Health Sciences at UTEP. She said a majority of Juarenses don’t see the border region as a binational community like El Pasoans do, but still recognize themselves as fronterizos.

“Their perception is we’re on the border frontier because it’s so clear, it’s divided, it’s marked. But they’re not binational, however they have interactions with binational communities,” Moya said.”The products that they consume – most likely – the clothing that they have, possibly the gifts that they receive, the medications that are moved. All these products are pretty international in nature. So, they’re connected.” 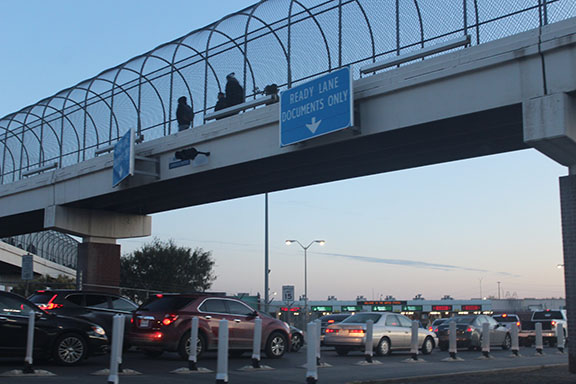 Commuters making their way to the U.S. border port of entry between Juarez and El Paso. Photo by Grecia Sanchez, Borderzine.com

Heyman said one question in the survey that asked where a person lived until they were 12 years old gives insight because that is considered a key formative period.

“Official statistics only ask you where you were born, but a significant number of people from Juarez are born in El Paso,” he said. “And yet, spend their early years on the Mexican side, so they don’t get captured in the official statistics.”

Moya said she was intrigued with how the survey showed how people from both sides of the border perceived each other apart from their governments’ policies.

“Despite the differences and despite the walls and the barriers and the policies that have been put in place, Juarenses and Paseños referred to each other as brothers, sisters, as almost family members, as good neighbors, so this speaks volumes of the quality of the people that make this region,” she said. “Despite walls, we see each other as an economic driver, and we continue to understand that we are connected and dependent on each other. So, the success of one is the success of the other, the failure of the other is the reflection of the other, so we’re joined at the hip in many different ways.”