Ciudad Juarez is known as a sprawling border city with a strong economy thanks to the proliferation of of over 300 hundred maquiladoras, factories that assemble parts for a variety of items from car radios to windmill blades. Less well known is that the desert city of 2 million residents draws many El Paso residents to visit each day to patronize a variety of Juarez businesses from restaurants to clothing boutiques.

These preferences are most visibly shown in the medical and retail sectors, but according to the Border Perception Index, a survey conducted as part of an initiative called Building Broader Communities in the Americas, the second main reason El Pasoans cross to Cd. Juarez is to shop for 21.5 percent of those polled. The primary reason for El Pasoans to go to Juarez, according to the survey, is to visit family or friends, as indicated by 44 percent of those surveyed.

The survey, spearheaded by the El Paso Community Foundation with participation by two UTEP researchers, is the first detailed cross-border survey of residents of both sides of the frontera. Conducted between August and September of 2018, the survey includes responses from 896 El Pasoans and 1535 Juarez residents.

La Marquesa, a popular clothing store in Juarez, is one of the most visited stores by residents of El Paso, said Ana Cristina Acosta, an Environmental Engineering graduate student at The University of Texas at El Paso.

“I know about La Marquesa because of my friends… told me that they discovered a new store with very good prices and cool stuff, especially good jewelry for every occasion,” said Acosta, who visits at least twice a month.

“Since the first day I went there I loved everything they had… and I’ve bought many gifts for family and friends, earrings, necklaces, dresses, accessories for my phone, necklaces for my dogs and other pet supplies.” 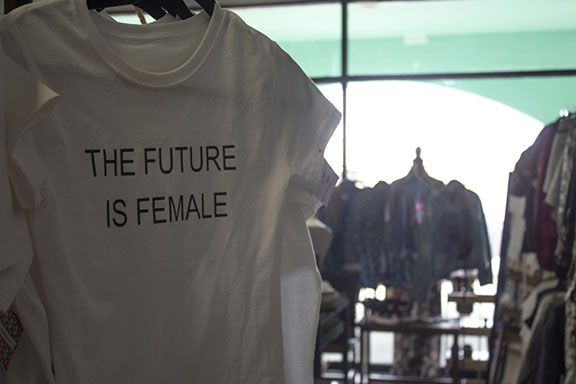 Acosta said she is especially attracted by La Marquesa’s entrepreneurial activities such as “Bazar La Marquesa,” where different concept stores from Mexico and Cd. Juarez come together often usually in front of the store’s parking lot to offer their products at cheaper prices than retail stores.

“While I used to buy all of these things at H&M, Dillard’s or Macy’s, now I definitely prefer to go to La Marquesa,” Acosta said. 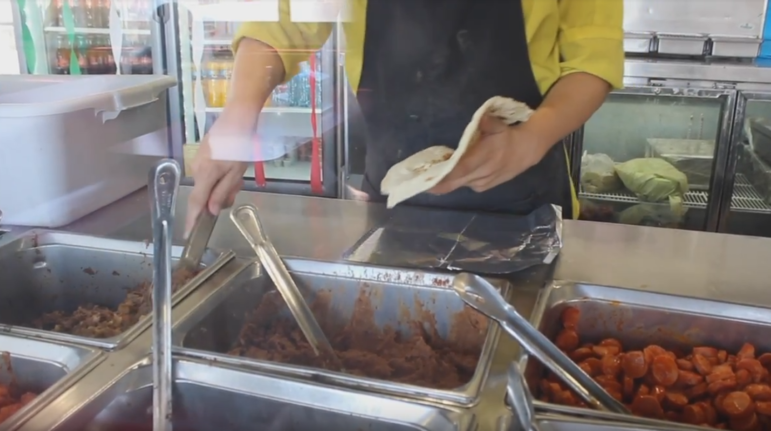 Claudia Hernandez, a college junior student with a double major in digital media production and multimedia journalism, has been to Burritos Crisostomo on both sides of the border as she says it is one of the best street food restaurants of the region.

“I remember in El Paso I ate the barbacoa burrito and then, the other time I went, I got the quesadilla and beans, and in Juarez, I’ve eaten like, all of them,” she says. “But I stopped going to the one at El Paso because I was always comparing the price and everything and I was like ‘ugh, they’re too expensive,’” she said.

The 22-year-old says her frequent visits to Juarez are to visit her grandmother and other family that live there. She usually also spends the night at the home of a family member. And a frequent activity is to take her family out to eat.

“So it’s always like that feeling of every time I go to Crisostomo in Juarez I’m having a good time,” she said.

However, she prefers the El Paso location in the summers because of the indoor air conditioning. The Juarez Crisostomo she frequents is outdoors.

“I think Juarez doesn’t have the appropriate weather for that type of restaurant because it’s always super-hot or cold or windy,” she said. 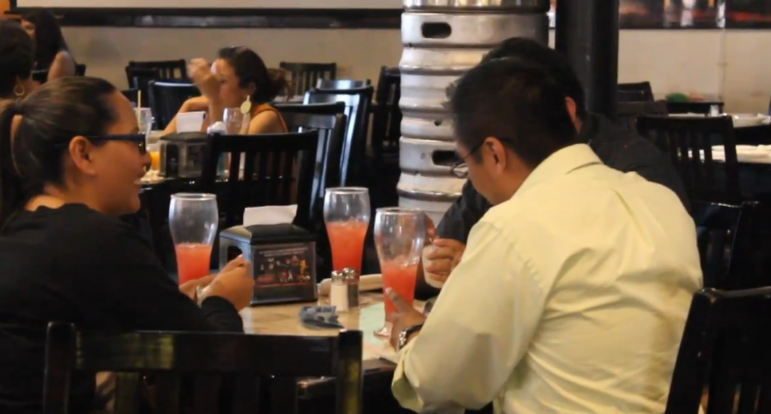 La Choperia is a popular stop for visitors from El Paso in Juarez. Photo by Grecia Sanchez, Borderzine.com

Patricia Muñoz, a 49-year-old businesswoman from El Paso who works in the construction equipment business, enjoys going to a high end restaurant in Juarez called La Choperia on Avenida Lincoln near the Cordova bridge border crossing.

At the fancy restaurant, she says, she can experience an enjoyable moment with excellent quality in everything they offer.

“I do prefer La Choperia more than restaurants at El Paso… because it is close to the bridge, it has a safe parking lot, and I just love the music there,” Muñoz said. “My family and friends love it there too. We even participate singing and playing with their musical group and one just feels welcomed there.”

Muñoz also visits Chinese restaurant Shangrila as well as other types of restaurants such as Los Arcos, Ardeo and La Cabaña. She also enjoys crossing over to assist community events, boutique stores and holistic centers at Juarez or get her mandado in stores like Smart, Costco, and Soriana.

Munoz said that she is a frequent border crosser and adds: “I live my life in both cities.”