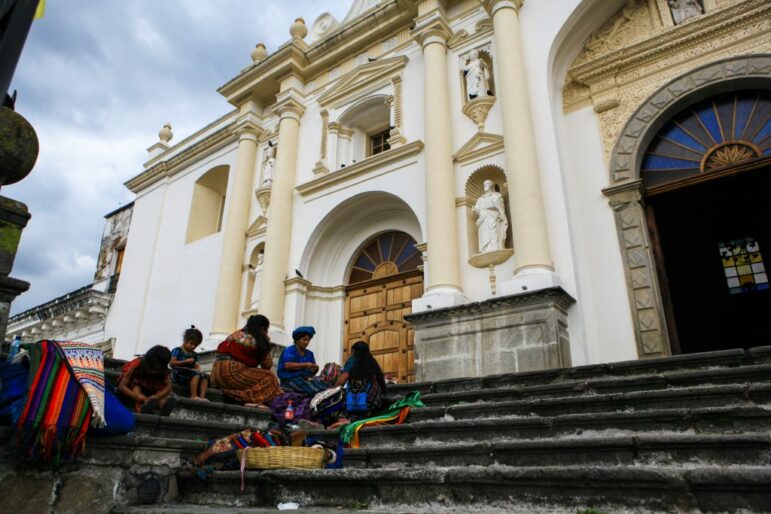 Indigenous diaspora: The arduous journey from Guatemala through Mexico

Running children and crying babies create a cacophony at El Buen Samaritano shelter, but in a far corner, Carmela holds her 2-year-old in silence. She can’t communicate with anyone — she doesn’t know Spanish, and no one at the facility can understand the Indigenous language she speaks. Indigenous migrants like Carmela encounter extra hurdles in attempting to reach the United States: communication difficulties, cultural barriers and anti-Indigenous discrimination. In this three-part series, we’ll trace the path of a migration journey from Guatemala, investigating the challenges that Indigenous migrants face at every stage.

American residents and citizens who live in Ciudad Juárez are taking advantage of their status to cross to the United States and be vaccinated. But the health authorities in El Paso are not keeping records of people from Ciudad Juárez who have benefitted from this.

Health authorities in the Mexican state of Chihuahua said it is hard to determine the exact number of residents in Ciudad Juárez who have been vaccinated in El Paso since a large percentage of the population has dual nationality, Mexican and American.

For the first time in more than a year my Mexican parents will able to cross the border from Ciudad Juárez using a special waiver to attend my commencement ceremony at University of Texas at El Paso. Since March 2020, crossing the border has been restricted to essential travel including crossing for work, medical or academic reasons in an attempt to stop the spread of Covid-19.

After more than a year of remote classes and cancelled graduation ceremonies, students at the University of Texas at El Paso are excited about commencement. At the end of March 2021, students got the news UTEP would have an in-person ceremony for graduates of the class of 2020 and the class of 2021 at the Sun Bowl Stadium on Friday, May 14 and Saturday, May 15.

How one U.S.-based Mexican crafts small business is trying to adapt to supply issues amid the pandemic

How you can help The collaboration is made possible by financial support from Microsoft as part of its efforts to preserve and protect journalism and local newsrooms.

Pandemic at the border: Indepth reporting that looks at how the COVID-19 pandemic, as well as the resulting restrictions on border crossings has affected life in our region this year.

Multimedia skills for the 21st Century

Since 2008, the Dow Jones News Fund Multimedia Training Academy  based at UT El Paso has helped journalism educators acquire new skills in digital storytelling that they can use to help prepare the next generation of Latino and African-American college journalists. Professors from Historically Black Colleges and Universities and Hispanic-serving institutions spend a week at Borderzine learning multimedia skills and covering real stories of the borderlands. See a collection of their stories here.

Become a Borderzine sponsor Help us tell the Borderland's stories and show your support for a new generation of bilingual, bicultural journalists
Learn more