The Rarámuri experience in Ciudad Juárez

One of the main indigenous groups in the state of Chihuahua is known as the Tarahumada. They recognize themselves as Rarámuri. Most live in the mountains, but they also have colonies within Ciudad Juarez exclusively for them. Adriana Garcia, a Mixteca Juárense, interviewed Rosalinda Guadalajara, the local governor of the Rarámuri. Transcript (English translation below)
INTRODUCCION: Este verano las universidades de UTEP y UACJ colaboraron para grabar historias personales de ambos lados de esta frontera. 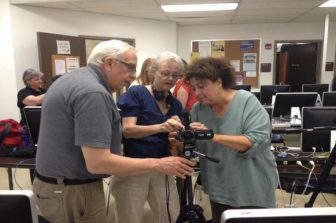 Twelve journalism instructors from U.S. Hispanic Serving Institutions will travel to the U.S., Mexico border region to participate in the 10th annual Dow Jones News Fund Multimedia Training Academy May 31 – June 6 at the University of Texas in El Paso. Thanks to a grant provided by the Dow Jones News Fund, Borderzine organizes this annual training program geared to support multimedia journalism instructors who teach in institutions with a large minority population. Here is a list of the 12 instructors who were chosen and their institutions:

The week-long multimedia-journalism academy has a proven track record of helping journalism educators acquire a new skills in digital storytelling that they can use to help prepare prepare the next generation of Latino college journalists for a competitive media market. “The trainers at the academy understand what educators need to learn about new and emerging technologies to better prepare their students for the fast-changing future” said Linda Shockley, Deputy Director of Dow Jones News Fund. “This quality of instruction at absolutely no cost to participants and their universities is priceless.”
The goal of this experience is to learn and practice news reporting using a variety of digital equipment, software programs and platforms. Participating instructors are expected to translate this learning into training for their students, making them more competitive in the media industry. 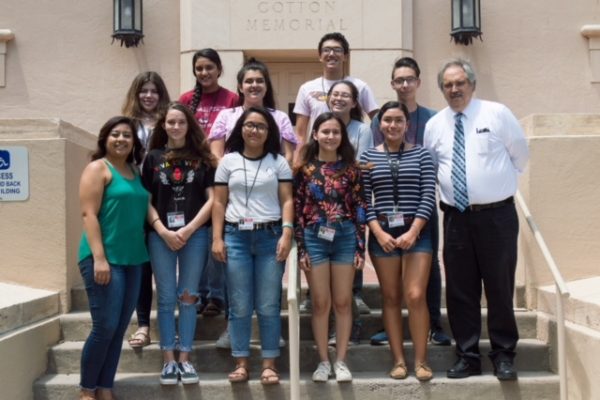 Borderzine is accepting applications from El Paso-area high school juniors and seniors for scholarships to attend the 16th annual Journalism in July (JIJ) workshop at the University of Texas at El Paso on July 22-28,
Fill out the application form here. For more than 15 years, the workshop has provided journalism training to more than 220 students from high schools in the Borderland – El Paso, Ciudad Juárez, Las Cruces and surrounding areas. A goal of the workshop is to encourage high school students of diverse backgrounds who are already interested in journalism to pursue future studies and careers in news media and communication. “Journalism in July encouraged me to pursue a career in journalism,” said Gloria Heredia, a 2012 alumna of the program and multimedia journalism student at the University of Texas at El Paso. “This program opened my eyes. 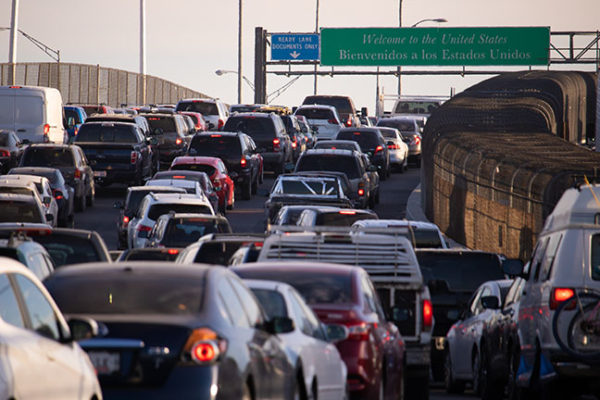 By Marisol Chavez and Valeria Olivares
University of Texas at El Paso students are experiencing as long as five hours to cross from Juarez and are becoming more anxious as President Donald Trump threatens to close the border. “It’s stressful to think that you might be in Juarez and then the border might shut down,” said Arlen Ozuna, a UTEP student and El Paso Country Club employee. “You’re not going to be able to go to school, you’re not going to be able to go to work.”
The longer and slower lines at the international bridges are affecting people who cross the border regularly for school, work, shopping and even visiting family. At a news conference last week in El Paso, Customs and Border Protection Commissioner Kevin McAleenan said he was moving 750 officers from international bridges throughout the Southwest to assist in migrant processing effort. He acknowledge this would disrupt the movement of goods and people across the border, especially over the Semana Santa (Holy Week) period. Long lines have been reported this week at bridges between the U.S. and Mexico throughout the Southwest border. 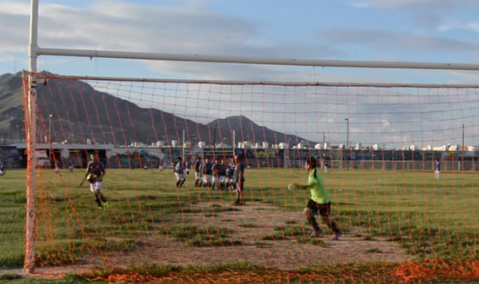 The U.S. Soccer Foundation this week honored an El Paso program based in one of the city’s oldest neighborhoods for making a difference in sports-based youth development. The Segundo Barrio Futbol Club was presented the 2019 Urban Soccer Symposium Award for Impact at the foundation’s 13th annual Urban Soccer Symposium March 18 in Washington, D.C. Awards for organizations or individuals were presented in three categories: influence, innovation, and impact. Related: Love of Segundo Barrio leads Englishman to form soccer club

Segundo Barrio FC received the Impact Award for its work using soccer as a tool for social change by developing programs that foster the physical, mental, and emotional growth of youth in the El Paso, Texas neighborhood, Segundo Barrio. Founded in 2011, Segundo Barrio FC is a volunteer-run organization and started with just one team. 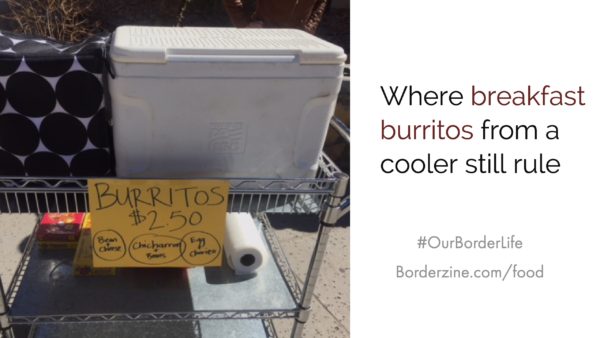 Border life meme of the week: The burrito cooler

Get a taste of food culture on the border where Texas, New Mexico and Northern Mexico meet. Browse our food section here. 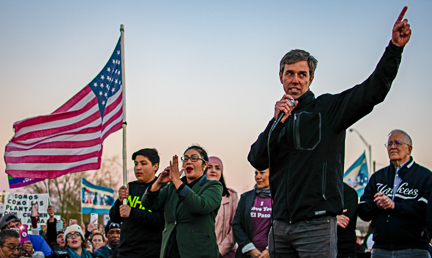 A coalition of 40 organizations, possible presidential hopeful Beto O’Rourke and U.S. Rep. Veronica Escobar marched about a mile with some 10,000 people to Delta Park as part of a March for Truth to counter the President Donald Trump’s rally at the nearby El Paso County Coliseum on Monday evening. Carrying homemade signs in English and Spanish, the crowd  called for improved human rights, peace and an end to lies about the border. The march ended at the park with speeches by O’Rourke, Escobar and live music. 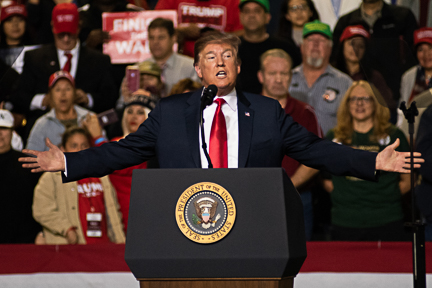 President Donald Trump took his fight for a border wall to El Paso on Monday as a coalition of anti-wall protestors staged a competing rally at the same time not far from the County Coliseum where the president held his gathering. Trump took to the stage about 7:20 p.m, before an enthusiastic crowd in the 6,500 capacity coliseum, which was originally built for rodeos and livestock shows. The president was flanked by banners calling for “Finish the Wall.”

The competing March for Truth was organized by a coalition led by the Border Network for Human Rights, Women’s March El Paso and some 40 other community partners and included speeches by former U.S. Rep. Beto O’Rourke, and current congresswoman Veronica Escobar (D-El Paso).
El Paso has been at the center of the controversy over a border wall as Trump has demanded Congress fund $5.7 billion to erect a wall, saying it is necessary to keep the United States safe from illegal immigration, which he has called a crisis. In his State of the Union address, Trump declared El Paso was a dangerous place before the wall, but El Paso officials dispute that depiction, saying the city has been one of the safest in the nation long before border fencing was installed. The government shut down for a record 35 days from Dec.