Above, a shop full of quinceañera dresses. Below, two girls pause during Fourth of July celebrations on Rim Road in El Paso to take in the view of two nations side by side.

In this episode of Our Border Life we talk about those moments when people realize they’re in a culture shift – that something fundamentally has changed about their identity. Specifically, the growing awareness of the multi-layered identities among people living in the U.S-Mexico borderland region of El Paso and Ciudad Juarez.

We meet with Gustavo Reveles, who was born in El Paso and spent the first 15 years of his life living on both sides of the border. In a conversation with a friend, Martin Bartlett, Reveles talks about how he didn’t realize he lived in a culture bubble until he moved away for a job after college. 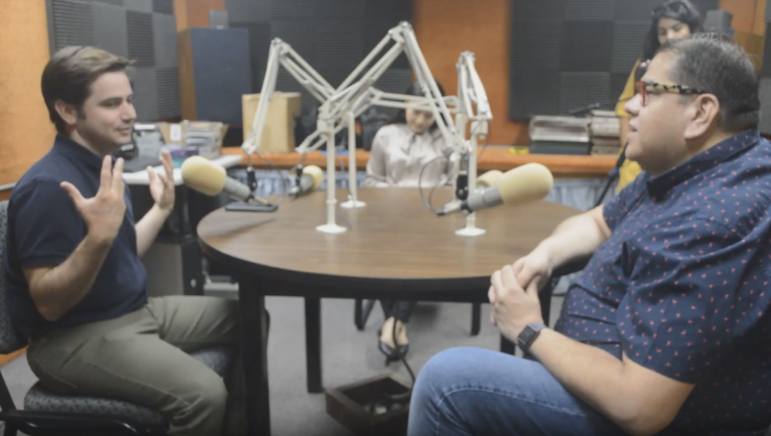 Friends Martin Bartlett, left, and Gustavo Reveles talk about life in the borderland bubble in a conversation recorded at KTEP in El Paso in 2019.

“You grew up thinking you’re both Mexican and American. Not Mexican-American, but both. And that nothing about that is strange or foreign and then you move and you quickly realize that no, you’re not fully one of those two things,” he says.

We’re helped in our exploration of the uniqueness of the borderland identity by Guillermina Nunez-Mchiri, director of women and gender studies and an associate professor of anthropology at the University of Texas at El Paso.

We talk of awkwardness of having both traditional and non-traditional quinceañeras when still working out our own identities.

And we also hear from a young woman who explains how fear for her status as a permanent resident in the U.S. after President Trump was elected in 2016 pushed her to go through with becoming a naturalized U.S. citizen. 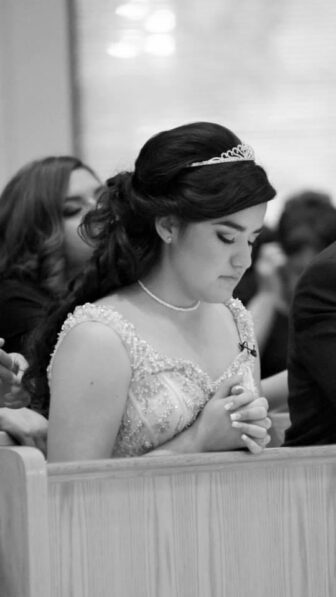 Anahy Diaz prays during the Mass for her quinceañera. Photo courtesy Anahy Diaz. 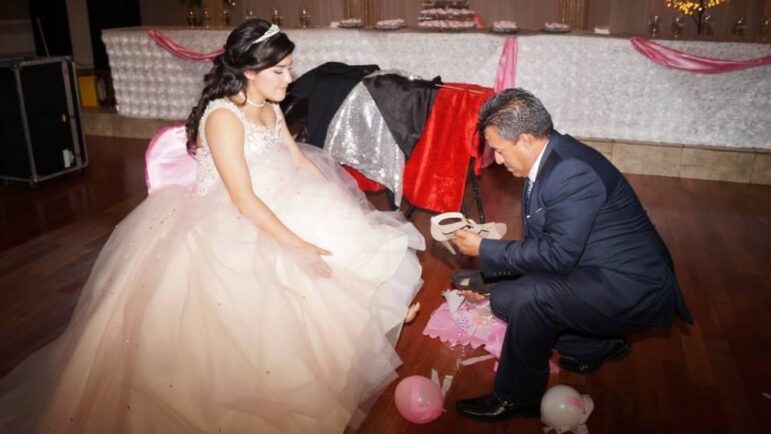 It is traditional at a quinceañera for the girl’s father to replace her childhood shoes with high heels to signify her moving toward adulthood. Photo courtesy Anahy Diaz. 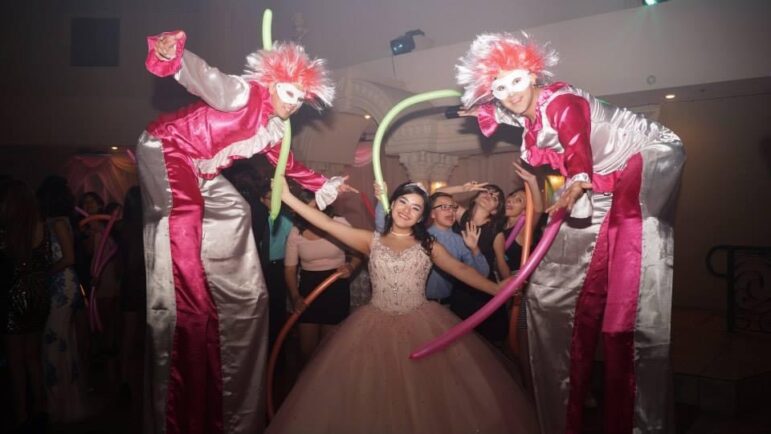 This podcast episode was produced and hosted by Anahy Diaz with support from Victoria Almaguer in the UTEP Communication Department RSRC 4033 research course Audio Reporting and Podcasting led by journalism Associate Professor of Practice Kate Gannon and KERA’s Mallory Falk.