On a sunny spring morning, Air Force cadets gathered in a dimly lit auditorium at the University of Texas at El Paso to hear a 20-year Army officer with 11 combat tours talk about suicides in the military. Retired Lt. Col. J.C. Glick began his discussion, via Zoom, with a brief description of his military experience, mostly in special operations. What he said next stunned many of the cadets. “About 18 months after my 11th combat tour — was my first of four suicide attempts,” he said.

US ambassador, Chihuahua mayors agree to unite against violence in northern Mexico

CIUDAD JUÁREZ  — U.S. Ambassador to Mexico Ken Salazar signed an agreement with mayors of six cities in Chihuahua, with the goal of preventing violent crime, building citizen trust in Mexican police forces and reducing corruption. “This can be a historic moment because it can mark a new start in ensuring our people can live without fear,” Salazar said. The U.S. Agency for International Development will fund the initiative as part of a four-year, $19.4 million Violence Prevention and Reduction Activity program across 32 cities in 10 states in Mexico. Details about how the funding will be used to help reduce violent crime were not discussed and Salazar did not hold a scheduled press conference because he had to catch a flight to Tijuana right after the signing ceremony. Salazar and Chihuahua Gov. Maria Eugenia Campos Galvan led the signing ceremony Friday night at the U.S. Consulate in Ciudad Juárez. 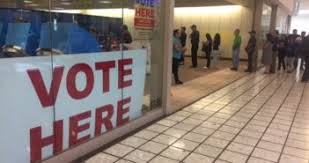 In addition to having an additional week for early voting, so three weeks instead of two, what else should voters know? El Paso County Elections Administrator Lisa Wise. We will have 35 (early voting) locations across the county. We were going to be open, some of them are 8 to 5, some 9 to 6, sometimes to 7. The last week of early voting we actually have what we’re promoting is ten till 10.

CIUDAD JUAREZ — Chihuahua State Police officer Juan Antonio Martinez stands with a thermometer in hand, checking temperatures of people crossing the Paso del Norte Bridge.  As Mother’s Day approaches, he’s especially worried “because of their age, mothers are the most vulnerable and grandmother’s too,” he said. Martinez is unable to social distance while holding the thermometer to the forehead of border crossers. The temperature checks are applied to people coming from El Paso into Ciudad Juárez  after walking through a “sanitizing” station, where they are covered with a fine mist. A Chihuahua State Traffic Police took the temperature of a motorist crossing the Bridge of the Americas in Ciudad Juáre on Wednesday, May 6, 2020. (Corrie Boudreaux / El Paso Matters)
Health authorities in El Paso and Ciudad Juárez  are warning families with ties on both sides of the border to stay home this Mother’s Day to avoid spreading COVID-19. 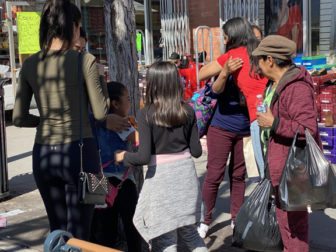 Social distancing to slow coronavirus is hard for a border culture used to hugging, togetherness

The Trejo family has been careful about handwashing and using hand-sanitizer to prevent the spread of the coronavirus, but when it came time to part ways near the Paso del Norte international bridge, they hugged each other. “As we were hugging, I thought, ‘Oh no, we should have given each other a little elbow tap,’” said Blanca Trejo, the 65-year-old grandmother and matriarch of the family. Her 15-year-old granddaughter Ruby Lerma Trejo said she tried not to hug too tightly but said of keeping her distance with family, “oh that’s hard.”  Her grandmother, aunt and young cousins were headed back to Ciudad Juárez. She and her mother and sisters were going back to Horizon City. The Trejo family said goodbye after a recent visit as part of the family headed to Horizon City and the rest stayed in Ciudad Juárez.