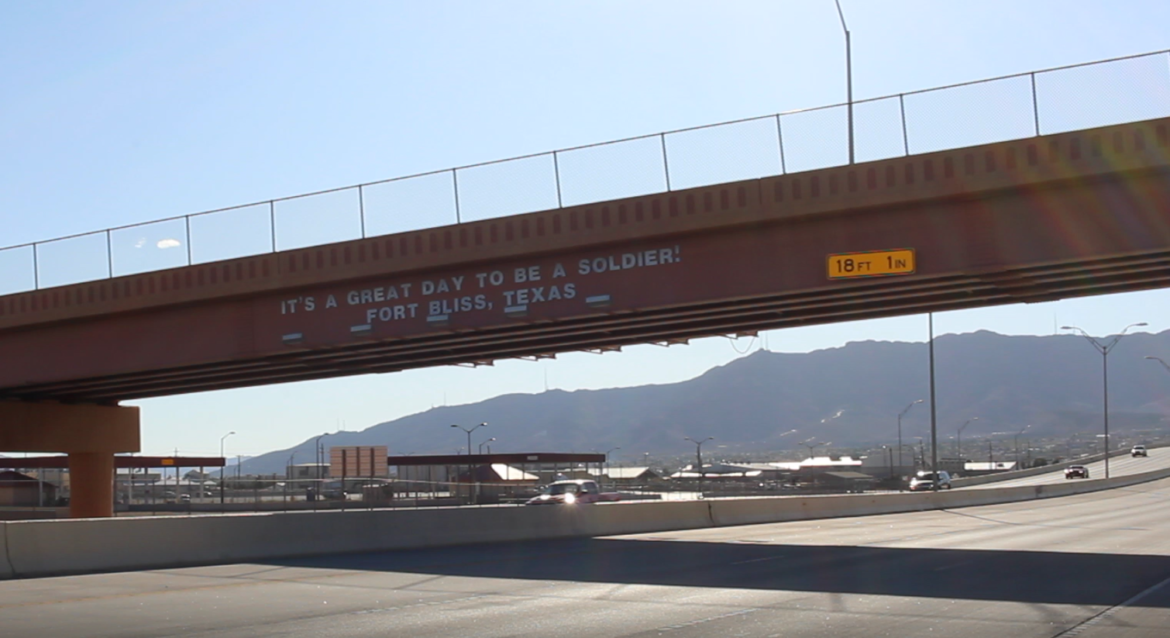 EL PASO – Life in the military brings soldiers to duty stations across the U.S and overseas. For many, it is easy to picture being stationed in places like Hawaii or Colorado. But, when it comes to a posting at Fort Bliss in this West Texas city on the U.S., Mexico border, some soldiers didn’t know what to expect.

“All I really knew of it was what I heard from old tales of the wild, wild west,” said New Jersey National Guard, Staff Sgt. Brandon Glaser, who came to El Paso from Chicago in 2012. “It was my first time on a military installation, I thought the perception of the military in towns like that would be not-as-well taken, but El Paso is a very friendly place.”

After moving to New Jersey, Glaser and his wife continue to talk about moving back to the borderland.

“We made such great friends there, we’re in love with the scenery, we like the outdoors, we love the weather, but the people of El Paso are just incredibly friendly and some of the best relationships we have are local El Pasoans,” he said.

According to Gilbert Telles Jr., public affairs specialist at Fort Bliss, 27,057 active duty military personnel and 37,747 family members are stationed at Fort Bliss living on and off post. The post sprawls from the center of the city to the Chihuahuan desert wilderness of New Mexico. Fort Bliss-stationed service members and their families are equal to just under 10 percent the population of El Paso. The 2010 census states the population living on Fort Bliss was 8,591.

Borderzine reached out to soldiers who were stationed at Fort Bliss in the past five years to talk about their experiences with the Sun City.

Both Veteran Sgt. Michael Boatright and Staff Sgt. Joe Mindar of 3rd Brigade Combat Team, 1st Armored Division, revealed that the only thing they knew about El Paso before arriving was that their drill sergeant during basic training at another post told them it was “a shithole.”

“When I got here, my first impression was that the local populace wasn’t too fond of the military. Whenever I would go out to drink, to the bars, or to shop and people find out you’re military and they kind of look at you like, ‘Oh man, another soldier.’ But I guess that’s from their past experiences,” said Boatright, who came from Riverside, California.

“My overall perception, after living here for 11 years, is that I love El Paso. It’s a lot slower pace than what I’m used to in California. It’s a lot safer,” he said. “I got my kids here, my wife here, quite a few civilian friends. I’m just enjoying the civilian life out here and going to school.”

Mindar, from Springerville, Arizona, said that after being stationed in El Paso, “I did enjoy living there. It wasn’t that bad.”

After leaving El Paso to be stationed at Schofield Barracks in Hawaii, Mindar was then sent to Fort Polk in Louisiana. He is currently on temporary assignment in El Paso. After returning he said, “Coming back wasn’t as bad as I was expecting, it’s still familiar, but I don’t think it’s home.”

Perceptions varied depending on whether the soldier came from a small town or a large city. Some small town residents saw El Paso as huge, while city-dwellers considered it a smaller and slower paced town.

Veteran Spc. Dustin Rogers of 3rd Brigade Combat Team, 1st Armored Division, came from Glennville, Georgia, which he describes as, “a very small town where everybody knew everybody. The kind of town where you could be 6 years old and drive a tractor through town and no one even blinks an eye.”

After arriving, Rogers was surprised to run into language barriers. “A lot of people spoke Spanish that I didn’t understand. But it’s like that sometimes when you go places you don’t ever go.”

Rogers said he was in El Paso for about two years with a deployment in the middle of his time here.

“I left as soon as I could. It was just way too big of a city,” he said. They didn’t grow up like I did and they didn’t treat people like I was raised to treat people. I come from a very small town where everyone would give you the shirt off their back if you need it.”

Veteran Sgt. 1st Class Tina James worried about the safety of the community,

“My perception of El Paso before I got here was that you were gonna get robbed,” she said. She even mentioned being told that she would be a kidnapping target due to her light complexion. After arriving, her perception was flipped.

“Everyone was so friendly. It was very nice. I have no issues at all, and I still have no issues,” James said. “I’ve lived here for 7, almost 8 years now and I love it. There’s always something to do. Actually, I love El Paso. I’ve made El Paso my home now.”

And that feeling of safety?

“I’m from Barstow, California, which is a very small town. Believe it or not, it’s a lot like El Paso just with a lot less people and a lot more meth.”

Fort Bliss has several services available for incoming soldiers and their families to help with the adjustment to living on post and in El Paso. Doug Piltz, Manager at Transition Services said that once soldiers arrive, they go through the Welcome Center for processing. At that time, they will be given direction, guidance, and information about the various organizations on the installation. Soldiers are also told where they are not allowed to go in the city. Additionally, they are not allowed to enter Juarez due to safety concerns.

Piltz said the following organizations are a few that encourage soldiers and their families during the integration process into their new community.

The Morale Welfare Recreation (MWR) organizes recreational, social events for soldiers and their families on-post usually, but sometimes they go on out-of-town events too.