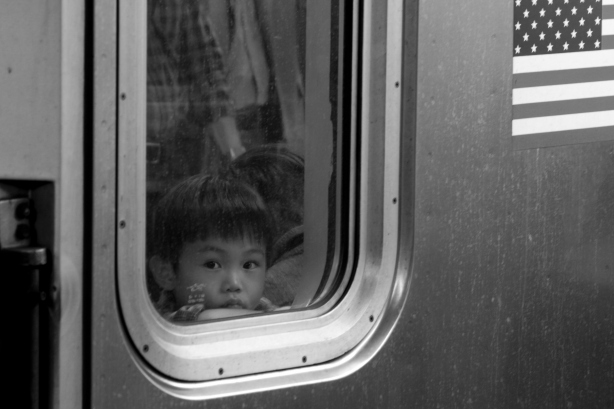 EL PASO – On June 15, 2012, more than a year after President Obama’s visit to El Paso, he announced that his administration would no longer take administrative action against young people who were brought here as children and who have no criminal record.  These are the same people (an estimated 800,000) that would qualify for the Dream Act, if it ever passed.  Moreover, these kids would be allowed to apply for work permits. Finally, it is a step in the right direction.  But, and it is a rather large one, there has to be enough trust that the administrative action would not be overturned, and people would not be deported once they had come forward and self-identified. EL PASO, May 13, 2011 – Anchors keep us centered in bad weather, keep us from drifting away with the current or the wind. Dreams are not anchors; they are the wisps of wind or the current itself.  Dreams are unfettered by reality.  In them we can fly, be two places at once, become some one or some thing, watch and even scare ourselves.  We can remember them in vivid detail upon wakening or in fleeting fragments or not at all.

The President was here May 10th to talk about immigration.  He spoke at our beloved by both countries Chamizal, the park created by a change in the course of the river, not anchored to the land of any nation.  We eventually had to share and the fact of sharing became what we loved about it.  How dreams and anchors entered the immigration debate, I’m not certain, but I think they belong.

Anchor babies are born in the United States.  Their undocumented parents intended to confer citizenship upon their children by choosing, perhaps deceptively, where they would be born.  It has always worked like a charm.  Now, there are politicians who would like to strip future anchor babies of their birthright.  Dream babies are born somewhere else and brought to this country at a young age.  Their parents also intended for them to be citizens. This country is their home, but they are not citizens; they may be deported at any time, even if they know no one in their country of birth and may not even know the language.  They cannot get passports to travel or qualify for federal funding.  They are trapped in the cage of this country. The President says we need to find a way for these young people to become citizens and urges us to exert pressure on lawmakers to pass the “Dream Act.”  It has already failed once by vote, and many times by not being brought to a vote.  I wonder what sort of pressure would work on someone whose heart is at least six sizes too small?

In the 21 years I have taught at UTEP, there have been many anchor babies and many “dream act” students.  I am reminded of them, even as the President is speaking, by a surprise encounter with a former student.  Three days ago another “dream baby” was in my backyard.   They grew up on this side of the river and this is where they belong.  Here’s one way I know.  Karla spells her name with a “k” and “k” is not an indigenous letter in the Spanish Language.  Sanndra spells her name with two “n’s” when only one would do.  Their respective parents clearly intended for them to be “Americans” at birth.

Conversations with these women replay in my head like dreams, some of them in vivid detail, some fleeting fragments.  “I can’t marry someone I don’t love, even if he is a citizen.”  “Why not, women do it all the time, for money, to escape controlling parents, for many reasons.  Men do it too for youth and beauty.”  “I have always wanted to go to Europe, but I can’t even travel to Mexico.” “I changed my major.”  “I need a real job.” “My story is being published.” “We finally broke up.” “I don’t want a Mexican husband; it would be another box, just like the one my mother puts me in.”  Citizenship is not all that Karla and Sanndra dream about.

If I could bake boys like I bake cookies, I would bake one for each of them.  Doughboys who magically turn into men and not by war, men who love their women strong and smart, who love them long and hard.  Doughboys with anchors to shelter them from future storms, passports to their dreams. “Anchors aweigh, my boys, anchors aweigh.”