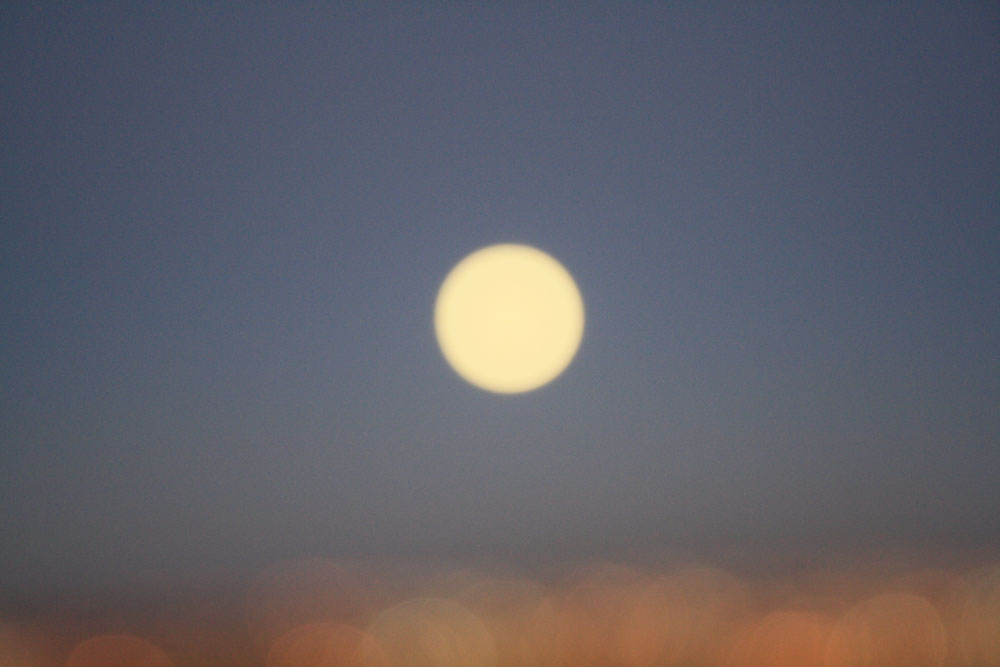 EL PASO – It’s getting lighter earlier and staying lighter later. Soon we will have even more light in the afternoon and less in the morning. Daylight Savings Time will provide it. The position of the sun is moving from the south to a more direct east-west position. In El Paso, the winds will start to blow and it will get warmer. Spring and summer are coming. This is something we observe every year and isn’t terribly mysterious, except we always seem to confuse ourselves about DST … whether we lose or gain an hour, as if we could manipulate time, but oh, we can!  Maybe that’s what is confusing. However. When it comes to the moon, things get more difficult. They shouldn’t. Theoretically.  The moon does its thing every month, not every year, so if we are paying attention, we could observe what the moon does about 13 times a year. It moves to the east 13.2 degrees every day relative to the stars, and gets back to roughly its original position after 27.3 days. Full moon, waning, new moon, waxing, and back to full moon. On a full moon night, the moon comes up at dusk and sets just before the sun rises. Plus more babies are born and some people go crazy. Right? That’s the part we get.

Sometimes we see the moon in the daytime, and the moon rises on the eastern horizon and sets in the west, but if it is moving east, how can that be? Well, the earth is moving to the east as well, only faster, because the earth makes its rotation around the sun every 24 hours. It must be that rabbit in the moon; it couldn’t be green cheese. Only the songs and poems about the moon could be said to be cheesy. I was looking at the moon recently and asked myself why I didn’t understand the moon. Why, after all my 27.3 day cycles on earth, I had not internalized more knowledge about the moon than I had? I started asking people if they understood the moon. Nobody did. Of course, they weren’t astronomers, but they were reasonably well-educated people.

Is it because we don’t sleep outside, under the stars? Because we are watching television or computer screens or pages in a book, thanks to electricity, instead of the moon? Or because we can hardly even see the stars from our cities? Several civilizations before us figured out the sun, the moon, solstices, eclipses and other celestial mysteries. The remains of one of the closest to us can be found in Chaco Canyon in northwestern New Mexico. Stonehenge may be the most famous.

Did people need to understand the sky? If they did, we probably do too. Did ordinary people from those civilizations understand or just a select group of shamans or astronomers? Many of the holidays we celebrate coincide (coincidentally? or on purpose) with celestial events.  Farmers are enjoined to plant and harvest with cycles of the moon. The Farmers’ Almanac will tell you to plant root vegetables in certain phases of the moon and above ground vegetables at different times. Native Americans had special names for each month’s full moons, and we have borrowed some of them, such as Harvest and Hunter moons. February’s moon was known as Hunger Moon (as food supplies are depleted) and March as Worm Moon (as the earth warms and the earthworms wiggle). Can you guess which month is Thunder Moon?

We say a second full moon in the same month is a blue moon, although the moon can actually appear to be blue when there is a lot of dust, a volcano, or a large fire (i.e. particulates in the atmosphere). In any case, we say “once in a blue moon” to mean a rare event. Except when we write songs about blue moons, and then it means we are sad until the moon turns gold and love comes back to us. This song, sung most famously by Elvis Presley, was written in 1934, during the dust bowl days, when the moon might actually have looked blue. Then in 1946, Bill Monroe wrote Blue Moon of Kentucky about infidelity and, if I understand correctly, best wishes for the girl who had been unfaithful and left. Maybe that’s how his band came to be the Bluegrass Boys and how Kentucky got its blue grass and how the music that is somewhere between country and blues came to be known as bluegrass music. But what explains Elvis Presley making both songs famous? Did Elvis understand the real moon, or only a paper moon? Finally (well, not finally, but I will quit here), today I heard about a man named Steven Waller who has just presented a paper at the American Association for the Advancement of Science (AAAS) meeting in Vancouver that hypothesizes that the real purpose of Stonehenge was to create a sound cancelling place, something known as the piper’s illusion. He thinks that any number of circular arrangements of stones, large stones that is, were placed in particular places to cancel out the noise produced in the middle of the circle, like two pipers cancelling out each other’s sound waves. His field of study is called archeoacoustics.

Waller suggests that the ancients found sacred meaning in sound. Personally, I don’t see why they wouldn’t have; we do. We also do things for more than one reason. But, we still don’t understand the moon.