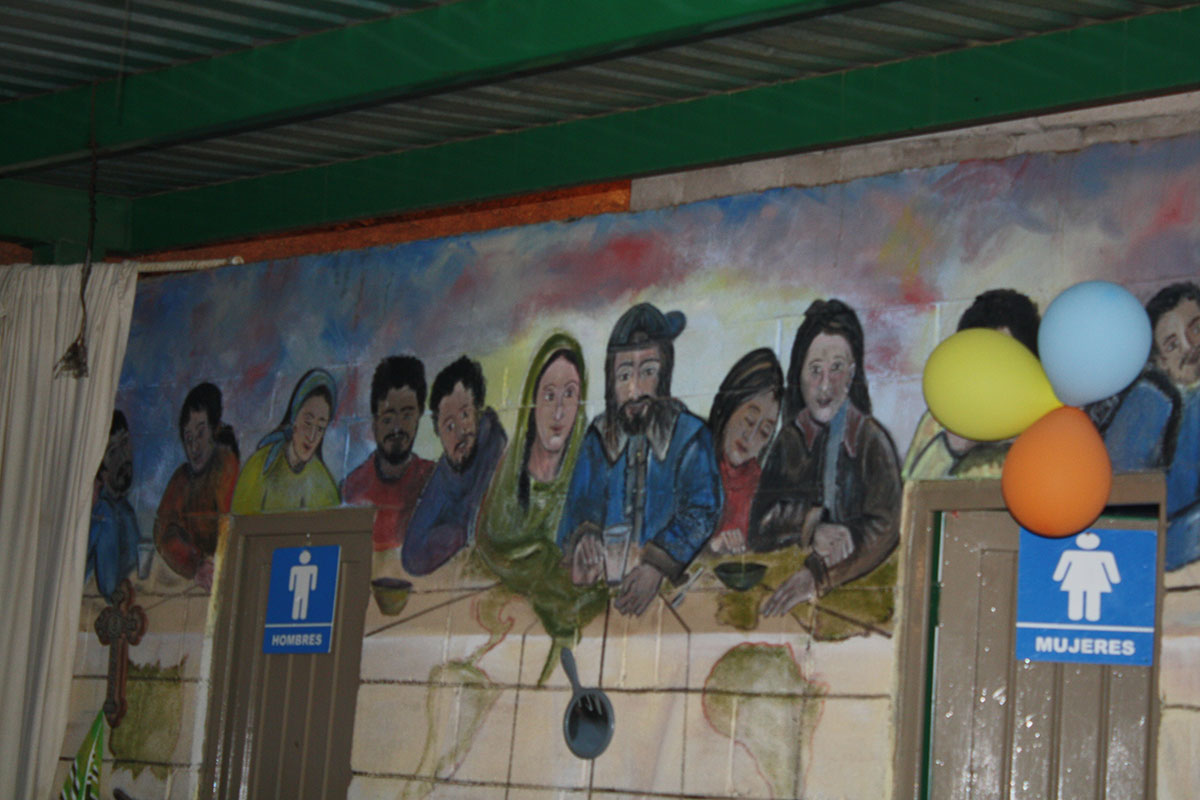 I crossed the border for the first time in six years, used my current passport for only the second time. The sweetness of Mexico hugged me with glad and colorful arms along with the melancholy of my absence. From my settlement of San Juan, New Mexico, I drove to the Tucson Bead Show for the craziness that this city stages every February. This was only my second time to attend, to spend hundreds of dollars on beads that would become, in the coming year, creations of adornment that make me happy to make and make people happy to wear. Putting Sheriff Joe Arpaio, Governor Jan Brewer, and Senators John McCain and Jeff Flake into a guilty corner, I drove from Silver City to Lordsburg through Texas Canyon and into the metropolis.

But I had not planned ahead. You have to reserve your Tucson hotel room by Thanksgiving or thereabouts to assure a bed to sleep in unless you have friends or relatives in town. My nephew, second generation Mexican American, lives there. He is la migra; it would have been okay to stay with him and his family, but I asked my colleague Joaquín if I could stay with him instead. He lives south of Tucson, north of Nogales, ambos Nogales. On Tuesday, we would go to the southern one in Sonora, visit El Comedor, a place that feeds, clothes, and advises migrants who have just been deported from the U.S… by the agency that employs my nephew. Texas Canyon on my way to Tucson. (Cheryl Howard/Borderzine.com)

In the early morning we take Molly, the dog, for a walk near the river, and Joaquín tells me stories of migrants walking the nearby railroad tracks, migrants he has fed and assisted, sometimes with the tacit approval of local authorities. I have brought a bag of clothes and blankets. We load it into the van and drive to the rendezvous point at a convenience store. Eventually, the Samaritanos in their red t-shirts from churches farther north come with bags and bags of toiletries, clothing, stacks of grey flannel blankets. Everything is piled into Joaquín’s car, since he is the one with a SENTRI pass, designating him as a trusted traveler across the border. The others will cross on foot and he will carry everything.

Just past our green light, as we enter the country, we smile and breathe a sigh of relief that there will be no inspection; los migrantes at the Comedor will receive their goods. In the next block, there it is, and we begin to unload everything onto the sidewalk. People come and help. After a while, I go inside the building and see the crowd seated, ready to eat, close to a hundred by my estimation. My camera is not on automatic focus, so many of my pictures are blurred, but the woman who runs the place introduces me and others and asks those who would rather not be photographed to raise their hands. I am then trusted not to capture their faces. I take only a few photos. Others offer real help, phone lines to loved ones, legal assistance. And there are the clothes and blankets and toiletries outside on the sidewalk that can be claimed after breakfast. The sweetness of Mexico hugged me with glad and colorful arms. (Cheryl Howard/Borderzine.com)

We leave: Joaquín, Francisco, and I, heading out to Supermercado Soriana. Joaquín likes his weekly chocolate donut and buys some groceries for himself and some for Francisco. Francisco is in his early fifties. He is an EMT riding the ambulances on weekends, now in nursing school during the week. Joaquín sponsors him by paying his tuition. But Francisco’s story is a story of two grown American-born daughters and a marriage gone bad. A wife who called authorities (my nephew’s and my government’s organization) and had him deported as part of the divorce. She kept the house, two cars, and his investment in the United States. His English is perfect; I detect no anger in him. He is focused on where he is (in Mexico) and what he needs to do now. I think he is one of the most Buddhist Mexicans I have ever met. He used to be an HVAC (Heating, Ventilation and Air Conditioning) technologist in the U.S.

We leave Soriana and go have a look at his school. Then lunch, then a miscommunication about tiendas de telas, fabric stores. The two men sit on a park bench and smoke. We agree to meet at the fabric store around the corner.

There are two, but I don’t know that. I go into the first one. The owner is on his cell phone arguing with someone about a misunderstanding. It isn’t the first time he has had this conversation. I am his only customer. He is speaking loudly, enunciating the numbers of his account, not happy, reiterating his complaint. I am opening various drawers of old buttons, choosing a handful, and wondering where my compatriots are. I pay in dollars while he is still on the phone and we are communicating in sign language. Only then do I look around El Centro Plaza in Nogales, Sonora: the taco stands, the children in school uniforms, the police with semi-automatic weapons. I don’t feel frightened, but it is clear that a miscommunication has occurred. Go back to where the car is parked, go back to the fabric store. The owner is off the phone now. I tell him I have lost an old gringo. Francisco comes into the store a few minutes later and says he has lost an old gringa. The owner said she just left. We find each other back at the car.

Joaquín is getting his shoes shined. The shinier and newer the shoes look, the happier Joaquín becomes. There is talk of dancing, of the shoe shine man shining his own shoes to hit the dance floor. But it is getting late. Francisco needs to go. He administers first aid to the prisoners, and we drop him off at the police station.

I get out of the car to walk across since the SENTRI pass is only good for the driver. The cola is short, not like crossing from Cd, Juárez. There is a chica in the corner, out of view of the cameras, and her boyfriend is giving her instructions, coming and going furtively to the grated fence. I move on, what one does. In ten minutes, an oriental guy with CBP swipes my passport through a machine as he talks to a coworker about a guy with a certain kind of hat, and I meet up with Joaquín.

As my former TA, Sandra Ramirez, would say, “happiness” with her arms circling over her head and meeting at her heart, or… “shimmy, shimmy.”

The sweetness of Mexico hugged me with glad and colorful arms. (Cheryl Howard/Borderzine.com)

A cat. A migrant? (Cheryl Howard/Borderzine.com)

Joaquín tells me the names of all the mountains and shows me the paths the migrants must take when they cross. (Cheryl Howard/Borderzine.com)