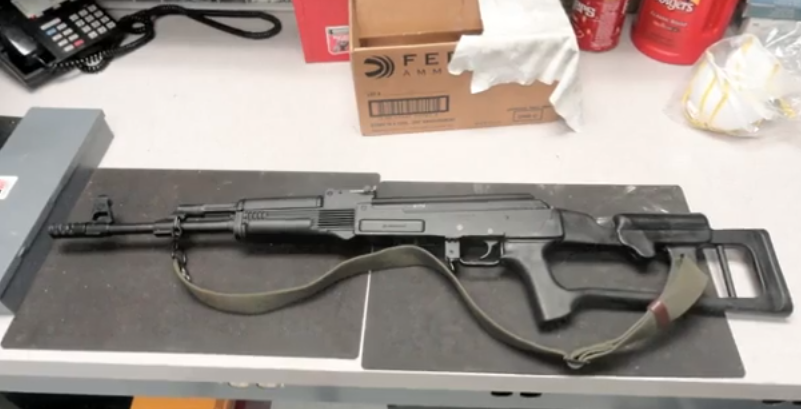 MIMBRES, N.M. – Every child has a nose for sniffing out hypocrisy and a heart for fairness.  Maybe we become more vulnerable to hypocritical arguments as we age. Otherwise, politicians and lobbyists would be exposed as emperors without clothes in a heartbeat. Then they would be shamed and silenced. Or, maybe they continue to believe that if they keep repeating an untruth often and loudly, it will magically become true. And it seems to have become so with a segment of our population that is suspicious of government, any government, but especially government led by a black man.

When people compare something, say gun regulation, to the civil rights movement, I am given pause. What? A guy named Larry Ward actually proposed that guns would have prevented slavery. Really? Ted Nugent suggested that gun owners would eventually sit at the front of the bus. Like Rosa Parks? There has also been a Drudge report photo comparing Obama to Hitler and Stalin. And what about NRA Wayne LaPierre’s argument that “the only thing that can stop a bad guy with a gun is a good guy with a gun.” I would prefer to ask how the bad guy with a gun got one? I believe pro-gun activists are making false equivalence arguments. Thinking that unlimited gun rights are comparable to civil rights for blacks is patently ridiculous, and the same goes for comparing the administration’s sensible public health gun proposals to Nazi Germany or a British monarchy that prompted the Revolutionary War. In fact, NRA and Republican support for prohibition of carrying guns in public emerged in a big way with the 1967 Mulford Act passed by the California Legislature and signed by then Governor Ronald Reagan.

What was that all about? It was about the Black Panthers, that’s what it was about. Maybe that’s really what is bugging certain people. As long as blacks are killing blacks in urban gun violence, then who cares, but if they start acting like a “well-regulated militia,” then something must be done. Ironically, the NRA is now proposing a Gun Appreciation Day…to coincide with Martin Luther King Day. It has released a video kill app for the I-phone and an advertisement targeting the President’s daughters one month after the Sandy Hook massacre. It defies both decency and logic.

There are reasons that life expectancy at birth in the U.S. has risen to 79 years of age, almost twenty years longer than in 1930. But the chief reason is improvement in the survival of young children, conquering childhood illnesses of the past through vaccines, public health measures, and better nutrition. Now, the leading causes of death for young people are very troubling.  After the first year of life, up to the age group 35-44, unintentional injury is the number one cause of death. Most of these are automobile deaths, but some are accidental gun deaths.  Homicide is in the five leading causes of death for every one of these age groups (3rd in the 1-4 age group, 2nd for the 15-19 age group). Suicide begins to be represented in the top five causes in the age group 10-14, and continues through age 44. These statistics are from 2010.

There are limits to freedom of speech, freedom of the press, and freedom of assembly. You can’t yell fire in a movie theatre, you can’t defame, or libel, someone’s reputation with untrue statements, and you can’t block traffic. There are seven words you can’t say on television. Fighting words are banned. There are other considerations about what is not permitted to be said or done.  Why do some people think the second amendment is the only amendment that should have no restrictions? The false “slippery slope” argument is just about as silly as opposing seat belts.

Cars are ubiquitous, maybe even more ubiquitous than guns, in our culture. However, in order to drive a car, you have to pass a series of tests. First, you have to be of a certain age. Second, you have to obtain a license, which means you pass a written test about driving laws and you have to pass an actual driving test. In some states you need to prove you are a citizen. Then you need insurance. Then, if you screw up, you can lose your license. If you screw up badly enough, you might go to jail. A driver’s license is something we are entitled to, but only if we behave responsibly. Cars are a much better equivalent argument to gun licensing than civil rights.

I grew up in a household with guns. I learned to shoot a gun when I was about seven, a gun with a name, a .22 caliber rifle named Bonnie. I wore deerskin gloves and slippers, ate venison. My father killed these deer. Since becoming an adult I have decided that guns were not necessary in my life, and never owned one. I don’t have a problem with hunters, responsible people who want to have reasonable guns as long as they eat what they kill, behave responsibly and keep their guns locked and UNloaded when not in use. Any hunter who needs an assault rifle with a high capacity magazine for deer hunting will not have much deer left after the kill. No venison, no slippers, no gloves.

If more guns could keep us safer, then we would already be safer. When we think about death in general, we think about disease. When unintentional (accidents) and intentional injury (homicide and suicide) are all in the top five causes of death in young people, with guns figuring large in these rates, maybe we need to think about violence  as a public health issue. When more U.S. soldiers die from suicide than combat, we should weep. When two highly decorated generals (Colin Powell and Stanley McChrystal) both say ordinary citizens don’t need military weapons, we should believe them. When the most conservative member of the Supreme Court, Antonin Scalia, says the second amendment is a right, but not an absolute right without any restriction, we should applaud him.

And, as importantly, we must challenge ourselves and the “talking heads” around us to stick to true equivalency arguments.