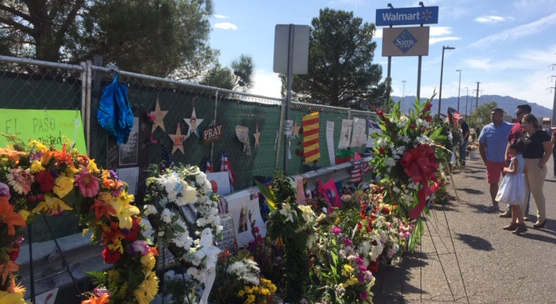 Under this President, there has been a predictable rise in white nationalism, hate crimes, and the soul-crushing violence against Spanish-speaking immigrants and anyone who might sound or look like one.

The August 3 attack on the people of our binational community of El Paso woke us up to the realization that legality or illegality was never the real issue; language and skin color was, as the black population in the U.S. has long known.  Many far more articulate and thick-skinned than I have dissected, addressed, and contextualized these sentiments and behaviors.

I hope to use this space, instead, to address smaller, more hidden behaviors, invisible to most except to those who are targeted; behaviors that the media are not addressing, because they are either complacent or complicit.  These behaviors have been termed “microaggressions,” an expression first used in the 1970s by a psychiatrist, Dr. Chester Pierce, and defined by Columbia professor Deral Sue as:

“brief and commonplace daily verbal, behavioral, or environmental indignities, whether intentional or unintentional, that communicate hostile, derogatory, or negative racial slights and insults toward people of color.”

Some examples of racial microaggressions include such phrases as “but where are you really from?” or “funny, you don’t sound like a _______.”  More examples can be found at the following website. https://sph.umn.edu/site/docs/hewg/microaggressions.pdf.  Even better, read Claudia Rankine’s prose/poetry book, Citizen.

Linguistic anthropologist Jane Hill coined another term similar to microaggression as she turned her attention to the racialized use of Spanish by Anglos in Latinx communities in the Southwest: mock Spanish.  Web sites that examine mock Spanish and its influence include the following: https://www.kibin.com/essay-examples/the-prevalence-of-mock-spanish-in-the-american-media-zbbf20N7; https://www.latinorebels.com/2016/10/20/trump-relies-on-mock-spanish-to-talk-about-immigration-opinion/; https://languagesinconflict.wordpress.com/tag/mock-spanish/.

My understanding of the term is that privileged white speakers can say and do small things that indicate superiority to or derision of minorities without being held accountable.  This behavior can be disguised as humor or ignorance or deemed to be irrelevant by the speaker.

Because each of these events seem insignificant and responsibility for them is easily dismissed, they are often overlooked, except by the people of color who are the target.  And even as most of the news media outlets have been quick to decry the overt assaults on our pluralistic society, they have been silently complicit in it.

Now is the time to come to grips with this phenomenon.  For example, how many persons of color (or women, who coincidentally [or not] have not been perpetrators of violent behavior) host prime-time television news programs?  When they are on camera, I’ve noticed we more often find token representatives in the early morning, late at night, or on weekends. How many persons of color are on the editorial boards of the Washington Post and the New York Times?  Why?  And if persons of color were more valued in the media, would it not be more difficult for them to be devalued in everyday life?

Related: Changing the complexion of news media calls for revolución

When horrific events such as the Walmart shooting in El Paso happen, do national newsrooms send ace reporters who speak only English and parachute in to communities of color to interview only people who speak English or use local interpreters, or do they send a bilingual journalist who can communicate in English and Spanish?  How many Spanish speaking reporters, I wonder, currently work in mainstream newsrooms of legacy media, or for national broadcast and cable news networks, other than Spanish-language Telemundo and Univision?

One of the maxims drilled into journalism students is to make sure they get the spelling of someone’s right, to double check it, to make sure to get right the source’s affiliation and title.

Apparently, no such rule applies to the mispronunciation on newscasts of the names of persons of Latino or other ethnic or racial backgrounds.   Some stumbling over unfamiliar words may be understandable, but not something so intimate as a person’s name. Every instance of mispronunciation of people’s names is a hostile act.

I have even heard journalists mispronounce a Latino co-worker’s name, crossing the line between covert and overt aggression. I’ve noticed that some people with non-Anglo, foreign-sounding names either mispronounce their own names or shorten or anglicize their names to better fit into the dominant society. Their reasoning, perhaps, is to make it easier for monolingual English speakers to pronounce their names. I applaud those who don’t.

Ironically, French names seem so much easier for the media to pronounce. I contend that it is not linguistically more difficult, but that it is socially more grievous to mispronounce French words.  This is why British accents appear cultured while Spanish accents often strike Anglo Americans as uneducated.

I am appalled every time a new, slightly difficult name hits the newsroom. Saudi journalist Jamal Khashoggi died not only of the deadly cuts administered by his Saudi murderers, but by the thousands of small cuts to his memory in the way newscasters mispronounced his name.

In Texas, German was once more prevalent than English. Could this be a reason why the name Schwarzenegger rolls off the tongue, or alternatively and partly in jest, why Jane Hill (mentioned above) titled one of her scholarly articles “Hasta La Vista Baby?” https://www.youtube.com/watch?v=4ZosMKUC3zk

How did we, a nation of immigrants, come to a place of not caring enough about our neighbors to learn to say their names properly?  How did some Americans come to believe that someone who speaks another language doesn’t belong in this country? How did we get to a place where bilingual speakers are hesitant to use a language other than English in public spaces? Whatever happened to our country’s traditional motto, the Latin phrase on the Great Seal of the United States: e pluribus unum (from many, one)?

This country has a long history of disrespecting people’s names, changing or inventing them to suit themselves or the government’s need for paperwork.  Names were changed at Ellis Island by inspectors, by immigrants themselves or by the shipping companies who brought the immigrants there.

In the plantation-era south, slaves were the given names of their owners or the plantations they were sold to.  Native Americans were given names that suited officialdom. This is our legacy of conquest and domination, despite the fact that our country abounds with place names that originated in Native American and Spanish and French words.  About half of state names are derivations of Native words– even Kentucky (derived from the Iroquoian word kentahten meaning “land of tomorrow.”)

As we reflect on the current horrific mass violence that plagues this country, and the fear it has engendered, we all need to examine the ways in which all of us have intentionally or unwittingly allowed this climate of hate to fester. Those with stronger megaphones and larger audiences such as the news media especially need to reflect on how they may be amplifying messages that contribute to violence and hate speech against people of color.

After they acknowledge the problem and express a sincere desire to correct shortcomings, there must be greater representation in news media of all segments of our society; diversity has been and always will be our strength, not our undoing.

Second, newsrooms across the country need to do some soul searching.  To reiterate a previous statement:  if persons of color were more valued in the media, would it not be more difficult for them to be devalued in everyday life?

Third, I suggest a course, even a short one, in phonetics for journalists to train their ears to hear the subtleties of spoken language.  There is even a website where you can hear names pronounced, and perhaps practice (www.pronouncenames.com).  I cannot, however, vouch for perfection from the site for all names.

Finally, we need to keep an eye (and an ear) out for our own bias, and whenever and wherever microaggressions occur, call them out for what they are–BS.