EL PASO— After five years as chair of UTEP’s Department of Communication, Dr. Frank G. Pérez decided to step down from the administrative position to invest more time in ongoing research projects and in the classroom. “I think it’s time I let someone else have a shot at running the department,” Pérez said. Dr. Stacey K. Sowards, associate professor of communication, will become the new chair as of August 31, 2013. Pérez, a self- described Chicano born and raised in El Paso, explains that he never really thought of pursuing a career in administration. His goal always has been to be a college professor and focus on research. 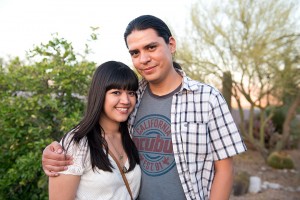 A vacation for the Hernándezes

TUCSON, Az. – By the time most married couples hit the seven-year mark, they are usually in their mid 30s. They might be busy training their little descendants to go potty, or celebrating childlessness in expensive resorts in Hawaii. That’s not how the Hernándezes do it. No, sir. 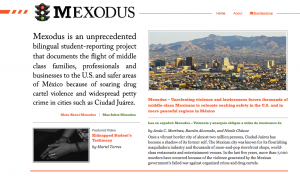 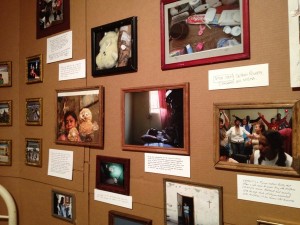 Tuberculosis cases are more plentiful in states along the U.S.-México border

EL PASO — For three years a woman roamed the border region with an infectious disease, not knowing her health kept deteriorating and that she was endangering those closest to her. This is the story of Rachel Orduño, a social work graduate student at the University of Texas at El Paso, who in 2003 began having a recurring cough. Doctors of both sides of the El Paso-Cd. Juarez border region diagnosed and treated her for everything from bronchitis, pneumonia, to the common cold. “I began with the most common symptoms. Continuous cough, weight loss due to lack of appetite, sweating at night and then I begin having trouble breathing,” Orduño said. 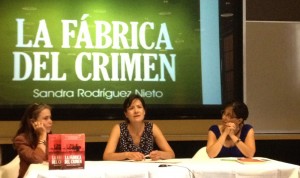 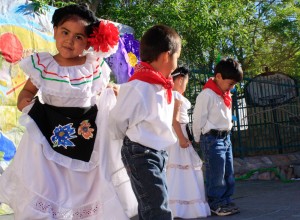 DANYA HERNANDEZ (Reporter): Living in a border city, such as El Paso, Texas, can make many realize the benefits of cultivating both cultures. Some residents consider themselves not American enough to call themselves Americans and not Mexican enough to call themselves Mexicans. But they want their children to be able to embrace biculturalism and bilingualism, so they search for places where their children can be exposed to it at a young age. [Natural Sounds: Ambience music]

Marianne DiPasqualie, a mother of 3, expressed the importance of having her children immersed in the different cultures surrounding them. She said that being an Anglo family she wants her kids to be acceptant of other cultures and languages. 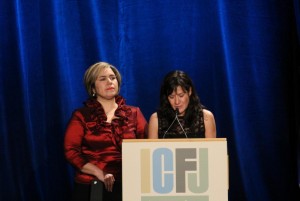 Examples of courageous journalism are not so far from home

WASHINGTON – I strongly believe in the common phrase “everything happens for a reason,” and entering the fall internship at the Scripps Howard Foundation Wire fits the expression perfectly. Not only did I arrive here during Hispanic Heritage Month, making the transition from El Paso to Washington a little easier, but I also got the opportunity to witness two brave female reporters from El Diario de Juarez receive the Knight International Journalism Award from the International Center for Journalists. Rocío Idalia Gallegos Rodríguez and Sandra Rodríguez Nieto earned master’s degrees in journalism at the University of Texas at El Paso, my hometown university where I am majoring in multimedia journalism. We also happen to share a mentor, Zita Arocha, senior lecturer and director of the university’s online magazine, Borderzine.com. Gallegos and Nieto’s passion for journalism has led them to risk their lives every day, living and reporting in Juarez, a city ruled by corruption and impunity.

WASHINGTON – The selflessness and courage needed to lend a hand to victims of crime is not a common asset, especially when you live in a place embedded in corruption. That’s what Belen, Posada del Migrante (Bethlehem, Migrant’s Shelter) in Saltillo, Mexico, exhibits when it protects Central-American migrants who fall victim to organized crime. Saltillo is near Monterrey. Father Pedro Pantoja Arreola, director of the shelter, was recognized for his service Wednesday at the 35th Annual Letelier-Moffitt Memorial sponsored by the Institute for Policy Studies. He was presented with the international Human Rights Award, which has been given to only one other Mexican.

WASHINGTON – Drug cartels in Mexico have evolved, and U.S. assistance has not kept up, members of a House subcommittee said at a hearing Tuesday. Attempts by the U.S. to aid Mexico’s war against drug cartels and secure the border have been a topic of debate since the introduction of the Merida Initiative in 2007. By the end of 2011 the initiative will have provided Mexico $900 million worth of equipment and training. The House Foreign Affairs Committee and House Homeland Security Committee held a joint hearing to discuss concerns and the progress of the initiative, which has been modified to accommodate evolving terrorism in Mexico. The Merida Initiative began as a straightforward foreign assistance program to provide specific equipment and training.

WASHINGTON – The violence and crime that have stained the name of the U.S.-Mexico border region is uniting its residents, who want to regain a clean status. The innumerable reports of murder, kidnappings and extortions brought by drug trafficking to Ciudad Juarez, Mexico, just across the Rio Grande from El Paso, Texas, are the main factor contributing to the exodus of about 230,000 middle class families and more than 10,000 businesses since 2006. Residents of the region created a new initiative called “Juárez Competitiva” to advertize the city’s assets and cultural value to create economic growth. Officials at the Embassy of Mexico announced the project’s launch at a news conference Monday. “It’s an effort to understand that not only by confronting organized crime will you be able to push back.