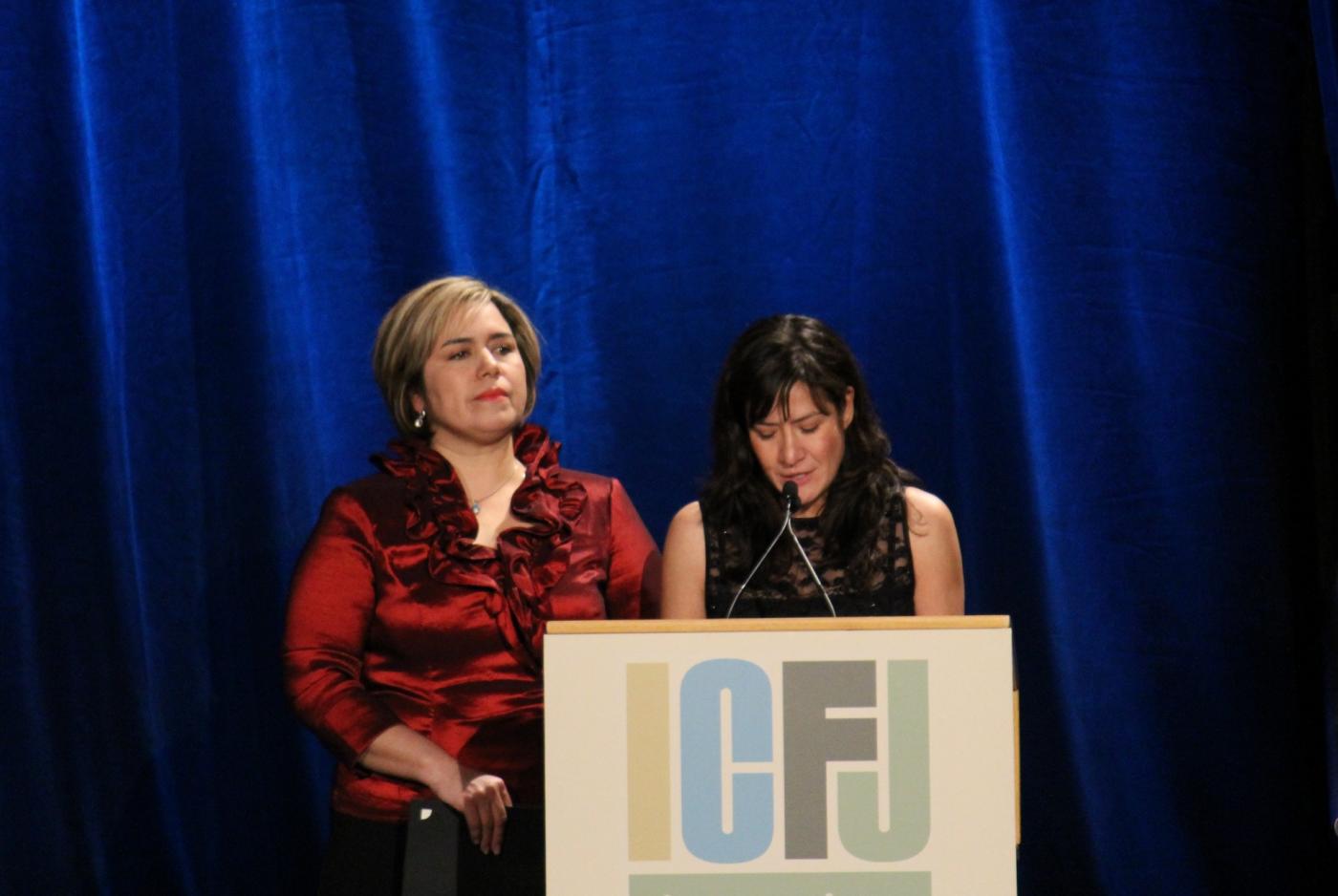 WASHINGTON – I strongly believe in the common phrase “everything happens for a reason,” and entering the fall internship at the Scripps Howard Foundation Wire fits the expression perfectly.

Not only did I arrive here during Hispanic Heritage Month, making the transition from El Paso to Washington a little easier, but I also got the opportunity to witness two brave female reporters from El Diario de Juarez receive the Knight International Journalism Award from the International Center for Journalists. Rocío Idalia Gallegos Rodríguez and Sandra Rodríguez Nieto earned master’s degrees in journalism at the University of Texas at El Paso, my hometown university where I am majoring in multimedia journalism. We also happen to share a mentor, Zita Arocha, senior lecturer and director of the university’s online magazine, Borderzine.com.

Gallegos and Nieto’s passion for journalism has led them to risk their lives every day, living and reporting in Juarez, a city ruled by corruption and impunity.

“We are all unprotected in a city where killers have no fear of being punished,” Nieto said in her acceptance speech Tuesday.

As an aspiring journalist living a few miles away from Juarez, it was very emotional for me to see Rodriguez and Nieto being recognized for setting a journalism standard that I can only hope to achieve someday.

Juarez and El Paso are one giant city divided by the Rio Grande and man-made steel fences. The border is the only thing that separates those of us living in the U.S. from the violence that our neighbors in Juarez have to experience daily. Most people living in the border region have family or friends that connect them to both sides of the border. Even with the increasing security enforcement along the border as an attempt to keep us “safe,” anything that happens in Juarez will and has been affecting El Paso.

This connection helps me understand the drive of Gallegos and Nieto to continue to bring the violent drug war to light. When the personal ties to the community are so strong, seeing the sobbing parents, children and friends mourning the death of an innocent person is reason enough to be driven to do something about it. The thought of “who knows, maybe one day I will be in their place,” is inevitable.

“The violence is overwhelming, especially in our city. There have been 8,000 killings in less than four years. Still, we show up every day to report because as journalists it’s our responsibility to investigate this violence,” Nieto said.

More than 65 reporters have been killed in Mexico since 2008, two of them from the newspaper El Diario de Juarez.

I particularly remember the morning of Sept.16, 2010. Luis Carlos Santiago Orozco, 21, a photojournalist for El Diario de Juarez, was killed during his lunch break outside a mall. As I arrived at the UTEP newsroom, Professor David Smith-Soto, editor of Borderzine, gave us the news and showed us pictures of the crime scene. He wanted us to understand the magnitude of the issue, and that this was the reason we were forbidden to go to Juarez to cover a story.

The young reporter had the same dreams we have. It could have been any of us. It was strange for me to feel as if I had known Orozco for years, although I never met him. We had many things in common – he just happened to be in the wrong place at the wrong time.

In the midst of uncertainty, Gallegos and Nieto are constantly putting themselves on the line to keep their community informed. They are doing their part as journalists to investigate and report the truth, more so than Juarez law enforcement officials have accomplished. I look up to them as I work to build my career as a reporter, and I hope to be ready when the time comes for me to step up to the plate.