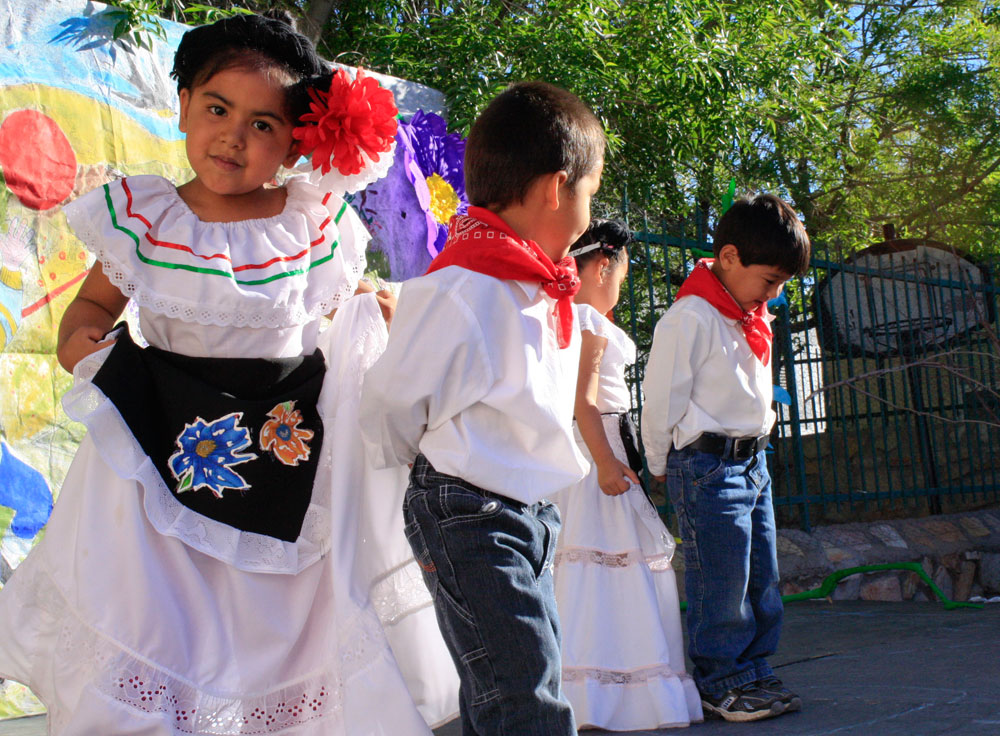 DANYA HERNANDEZ (Reporter): Living in a border city, such as El Paso, Texas, can make many realize the benefits of cultivating both cultures. Some residents consider themselves not American enough to call themselves Americans and not Mexican enough to call themselves Mexicans. But they want their children to be able to embrace biculturalism and bilingualism, so they search for places where their children can be exposed to it at a young age.

Marianne DiPasqualie, a mother of 3, expressed the importance of having her children immersed in the different cultures surrounding them. She said that being an Anglo family she wants her kids to be acceptant of other cultures and languages.

MARIANNE DIPASQUALIE: “I think the opportunity to not be the majority is a really important thing for my kids to learn. So that they can understand what it is for other people to be the minority, because they had the opportunity to be that in that place.”

HERNANDEZ: In some Mexican-American families the Spanish language tends to be lost over time so parents are looking for options to help them raise bilingual children. Celina Gomez is the mother of 3 year-old Jacob Gomez and 2 year-old Natalia Gomez. She said she is not proficient in Spanish but she wants her children to learn both languages at a young age so that they don’t struggle in the future. On March 23, the daycare invited the parents and family members to see the children dance typical Mexican folk music and recite poems in honor of Benito Juárez. (Danya Hernandez/Borderzine.com)

HERNANDEZ: In their search for bilingual and bicultural education, Gomez and DiPasquale found out about a daycare called Rayito de Sol. This very unique daycare is run by La Mujer Obrera, a nonprofit organization dedicated to protecting the rights of Mexican-American women workers. At Rayito de Sol they focus on given children the opportunity to learn and love the language and culture of the neighbor country, Mexico.

HERNANDEZ: [Translation] “The kids love it, they give it their all, you saw them right now. They really enjoy what they do, we try to teach them through songs and games so that they can enjoy and really get to learn, said Norma Leticia Loya who has been teaching at Rayito de Sol for about four years.

HERNANDEZ: Dr. Alfredo Urzua is a profesor at the University of Texas at El Paso in the department of languages and linguistics. He says it is obvious that bilingual children will have an advantage in a border community such as El Paso- Juarez. But he also talks about ongoing research that is trying to establish if in fact bilingual children are smarter than their monolingual peers.

URZUA: If a kid is growing in a bilingual environment, very early on they have to be aware of which language they are using with whom and how everything might me named, or referred to, or described in one language or the other. So just in terms of awareness, what is called meta-linguistic awareness, a bilingual kid seems to have an advantage.

HERNANDEZ: With or without scientific evidence, these parents want to provide their children with as many opportunities for success as they possibly can and to them Rayito de Sol has been a good place to start.

HERNANDEZ: [Translation] “I feel that by having two cultures, these children will have many more opportunities to be successful and become champions,” said Loya.

HERNANDEZ: For Borderzine this is Danya Hernandez in El Paso, Texas.

One thought on “A Rayito de Sol reaching bicultural children”