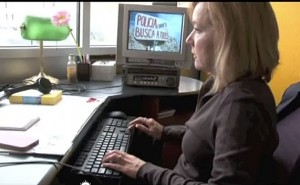 EL PASO – TV reporters covering the U.S.-Mexico border require passion, strong investigative skills and survival skills on a beat that has claimed thousands of lives in a ruthless drug war. Angela Kocherga and her cameraman Hugo Perez, who have covered the violent border for the Belo Border Bureau for the past six years, won the 9th Annual Lone Star Emmy Awards Crime-News Single Story category for their story on Juárez paramedics. Working for the Belo Corporation, one of the largest television companies in the nation, which operates 20 television stations, the Kocherga-Perez team covers stories on drug war violence, immigration and cross border health issues and how all this affects people on both sides of the border. Their featured stories are aired in various stations throughout Texas. The award-winning story revealed the everyday risks the paramedics of Ciudad Juárez face while trying to save lives. 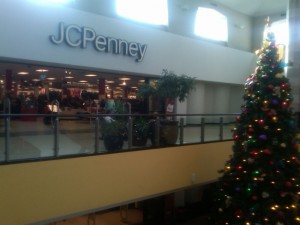 ELPASO – As the holidays approach, stores around the world compete to attract the most customers, but merchants in U.S. border cities have the advantage that many Mexican customers cross the border to do their Christmas shopping here. According to study presented by the El Paso branch of the Federal Reserve Bank of Dallas, Mexican nationals spend approximately $1.4 billion a year in El Paso. The study conducted by economist Roberto Coronado released in June 2011 shows the huge impact of cross-border retail activity on El Paso’s economy. Adrian Mijares has managed the J.C. Penney store in downtown El Paso for more than two years. Like many downtown merchants, his store’s success is directly linked to shoppers from Mexico. 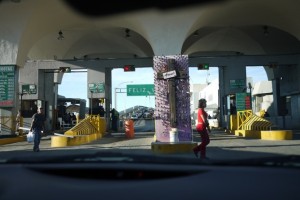 Women of Juarez tell their stories of death and despair

EL PASO – Cinthia was only 10 years old when they killed her. The little girl, full of life and energy, went out one evening to play in the park just one block away from her home, just like she did so many times. The neighborhood in Cd. Juárez was generally calm, but that one particular day in 1997, Cinthia simply disappeared. After twenty days of distress, her family was notified by the authorities they had found Cinthia’s body in a dumpster.

The rave is all about music, but some seek Ecstacy to enhance the dance

EL PASO – The dancing crowd rides a wave of lights surging to electronic rhythms while neon colors waft the wall and the crowd becomes one with the massive electro-beats as the wave becomes tsunami, flooding the hall up to eight hours at a time. The ecstasy that drives hours of nonstop dancing, typical at music festivals and raves, is sometimes fed by Ecstasy – the illicit drug. “I wouldn’t have lasted dancing, or even standing for the whole seven hours that I was there. I rolled for seven hours straight,” said Robert, 21. For many years, people have combined the music scene with drug use to increase the energy and enhance euphoria.

EL PASO — As the drug war rages on in México, the number of students that have enrolled in El Paso schools due to the violence remains unknown and unrecorded by schools. Ysleta and the Socorro Independent School Districts said there is no clear indication that people fleeing México to escape the violence have dramatically affected either district. “I know students are coming in from México, but I cannot say with any certainty and there is not any data that I can look at right now that tells me that we have grown by any significant number and that we can directly attribute that to students coming in from México to flee the violence,” said Hector Giron, director for Bilingual/ESL/LOTE Department for YISD. For students that have already made the transition to U.S. schools, the main challenge for them has been overcoming the language barrier. A junior from Montwood High School in the SISD, who wishes to remain anonymous, said he has been going to school in the U.S. for six years and due to his level of English he felt intimidated when he began school here.

EL PASO — Mariana had always dreamt of her quinceañera party. For several months, she and her family planned the celebration, looked for the nicest dress and the best place, sent the invitations and ordered a big cake. But exactly 15 days before the big day, she was kidnaped from her home by a gang of thugs. On April 1st, 2009, 20 men dressed as Mexican police agents broke into her house in a small town in the state of Chihuahua, beat up her father and threatened him and the rest of the family. They took her away for two days and one night.

EL PASO, Texas —When driving, we often come across roadside memorials in remembrance of someone whose life was lost in a car accident. A descanso, meaning “to rest,” is a cross or other memorial left by the family or friends of the deceased marking the last place on earth where their loved one was alive. According to the National Highway Traffic Safety Administration, car crashes are the leading cause of death in teens, and one out of three is alcohol-related. Such was the case of Martin Cano, a Santa Teresa High School senior who along with his friend Adrian Navarro passed away the night of March 23rd, 2008. “I didn’t think it was correct for Martin to drink at such a young age and I would tell him ‘mijo, calm down, you’re living your life too fast,’” Carolina Cano, Martin’s mother recalls.