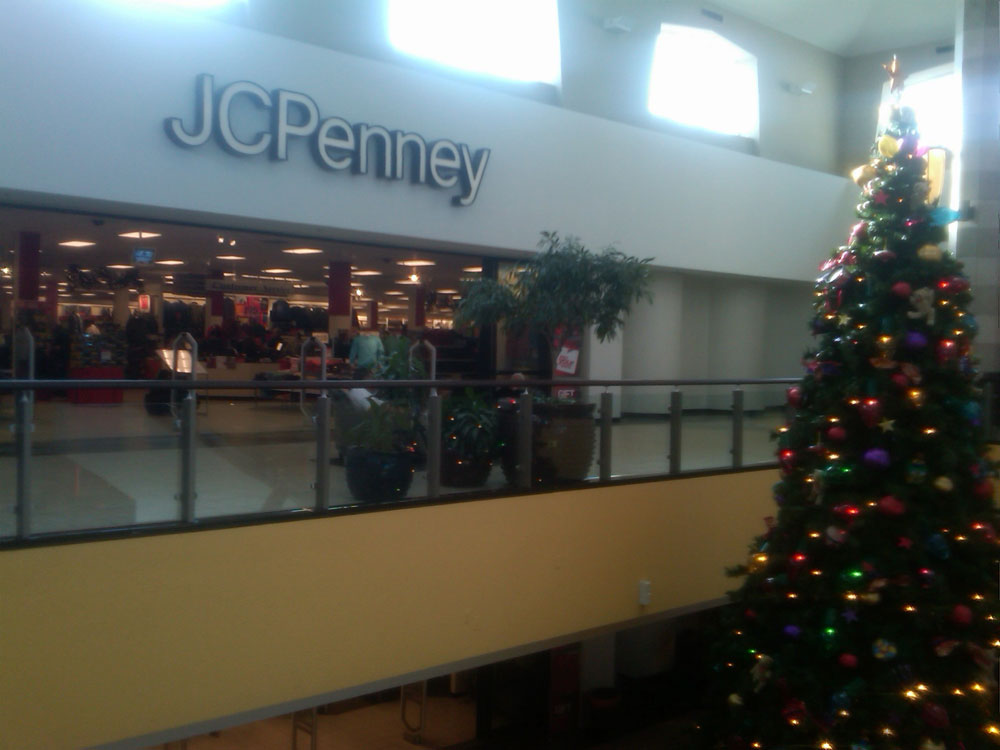 J.C.Penney, one of the preferred places of Mexican shoppers at El Paso. (Mariel Torres/Borderzine.com)

ELPASO – As the holidays approach, stores around the world compete to attract the most customers, but merchants in U.S. border cities have the advantage that many Mexican customers cross the border to do their Christmas shopping here.

According to study presented by the El Paso branch of the Federal Reserve Bank of Dallas, Mexican nationals spend approximately $1.4 billion a year in El Paso. The study conducted by economist Roberto Coronado released in June 2011 shows the huge impact of cross-border retail activity on El Paso’s economy. J.C.Penney, one of the preferred department stores for Mexican shoppers at El Paso. (Mariel Torres/Borderzine.com)

Adrian Mijares has managed the J.C. Penney store in downtown El Paso for more than two years. Like many downtown merchants, his store’s success is directly linked to shoppers from Mexico.

“There is a definite upswing in Mexican clientele during the holidays because of the aguinaldo,” Mijares said. “With more money to spend, they definitely support our store during the holiday season. That is not to say that this is the only time where Mexican shoppers come across to buy. In truth, every business day includes sales from Mexican nationals and U.S. natives alike.”

Different factors determine the sales success of the stores here. One of the most important is the general economic climate including the value of the peso, the cost of goods, gas prices and unemployment.

“More recent developments in financial markets abroad have certainly taken a toll on the value of the peso and prompted people to think twice about their disposable income,” Mijares said. “Unfortunately, recent times have also shown us that the struggle and violence in the drug war has deterred many from visiting the area as well and this too has affected the local economy in a negative way.”

But numbers in the data released in the study shows Mexican nationals still spend a significant amount in El Paso. An estimate of $689 million was spent in general merchandise stores, $269 million in gasoline stations and $118 million in clothing and clothing accessories stores.

“Since I was little I remember my parents taking me and my siblings to shop in El Paso. Now that I am a mom, I see the why they did it. The quality is better, and so are the prices,” said Norma Salas, a frequent shopper in El Paso’s retail stores who lives in Ciudad Juárez but visits El Paso to shop at least twice a month.

“I like to shop at J.C. Penney, Walmart, Kohls,” she said. “There’s just a greater variety of stores here in El Paso. Not only do I do my Christmas shopping here, but also for birthdays and my kids’ clothes, sometimes even groceries.”

Stores such as J.C. Penney accommodate their customers by accepting pesos, providing information in English and Spanish, and announcing upcoming sales on Spanish language radio stations.

The U.S. economy is still struggling out of the worst recession of the last decades, but Mexican pesos will help bring economic growth to El Paso during the holidays.