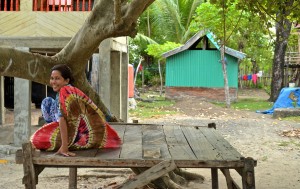 EL PASO – I opened my eyes and immediately felt the heat of my bed sheet and the mosquito net on my face, the wooden roof seemed like a stranger I saw for the first time, and the mattress I lay on felt unfamiliar. It took me a few seconds to remember that I wasn’t in my room in El Paso, Texas, but rather in a local family’s traditional Islamic home in Bali, Indonesia. This past spring I was admitted into the Indonesia Study Abroad Program, led by Dr. Stacey Sowards, Chair of the Communication Department at the University of Texas at El Paso. Along with 12 other students and four faculty members, I spent three weeks in Indonesia and had the opportunity to observe the environmental conservation programs that the non-governmental organization Rare and the University of Mulawarman run in the island. According to its website, Rare “trains local conservation leaders all over the world to change the way their communities relate to nature…inspiring people to take pride in the species and habitats that make their community unique, while also introducing practical alternatives to environmentally destructive practices.”

Leaving the country for the first time in my life made my mind race a million miles per hour.

EL PASO — In the dense tropical rainforest, nature softly enveloped the group of students — the wind sifting through braches and leaves, the singing of myriad insects and birds — a potent reminder that they were not in Texas anymore, but in Kutai National Park in the island of Borneo, in the East Kalimantan region of Indonesia. “In 2009, I was finishing up my undergraduate degree in communication at UTEP and was still somewhat uncertain where my life was going. I had been admitted to the master’s program at the University of Colorado, but had no clue as to what I wanted to study,” said Carlos Tarin, 27. “Indonesia changed all of that.”

A college student’s life consists of homework assignments, computer issues and dreaded group projects. It’s unfortunate that not a lot of students are aware of the diverse opportunities for advancement offered by their universities. 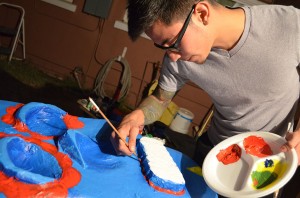 EL PASO – As Diego Garcia, driven by inspiration and the waves crashing on the shore, was on the very last stroke of his painting on the seawall at Venice Beach, next to mural-master Sano’s famous masterpiece, the beach patrol arrived and ordered him to stop painting and leave. “I found a wall and I started to paint. I took one section that was all messed up,” says Garcia, 21, recalling one of his most memorable pieces from two summers ago when he visited Venice Beach, California. “I remembered Sano’s piece from a movie I had seen on Netflix filmed in 1992. I thought it was insane that I could be painting next to his piece.”

From drawing Ninja Turtles and Dragonball Z characters when he was a first grader to working on his art education at The University of Texas at El Paso, Garcia’s talent shines. 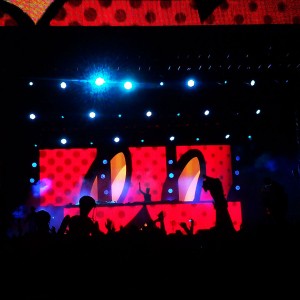 Electronic music brings me happiness, but it also has a dark side

EL PASO ­– The beat was big and loud, echoing in my chest, and the flashing lights were like an array of Technicolor feeding the crowd’s hungry eyes. I looked around and I could almost see the pure joy exuding from everyone’s faces. Their ear-to-ear smiles said it all. In that huge sea of people dancing to Tiesto’s “Adagio for Strings,” under the Sun City’s starry sky, I was one with the crowd and it was perfect. Electronic dance music has been around since the mid-1990’s, roughly, but it has been growing in popularity and is perhaps at its peak right now.