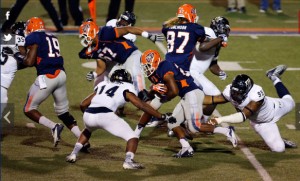 Concussions bedevil sports, but today they are taken seriously

EL PASO — Any athlete can suffer some type of brain injury in a game or in practice during a career especially in the very competitive college and pro sports. Most athletes get concussions, but they are usually unaware of the injury, so they continue to play. But today, any symptoms are taken very seriously by trainers and coaches to make sure that their players are safe. Some symptoms that should be flagged right away are headaches, fuzzy or blurry vision, nausea and vomiting, dizziness, sensitivity to light or noise, balance problems, or fatigue lack of energy to do anything. Other symptoms include emotional problems such as easily getting upset, sad, nervous or anxious.

The Bowl Championship Series (BCS) is new, but is it better?

EL PASO — In college football you have the top 25 NCAA rankings and all 119 teams dream of being ranked number one and winning the national championship. But only two teams get to play for it at the end of the year. The Bowl Championship Series (BCS) is changing that. The BCS is a system set up with conference commissioners who take about a year to put the playoff games together. In 2014 four of the top teams will get the right to play for the title instead of only the two teams of previous years. 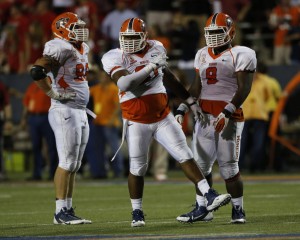 Football teaches you the discipline to hit hard and when knocked down, get up and do it again

EL PASO – I look to the sideline at my position coach to get the call, a series of quick hand signals repeated three times. “Over 4 Dagger Right Echo,” I yell out to my teammates so that we all can be on the same page. Now, I look at the Tulane University lineup formation and recall what plays they run out of the 10 personal formations. The first number is for how many backs are in and the second number tells how many tight ends. In this formation the quarterback is usually aligned in shotgun with the back either to his left or right. 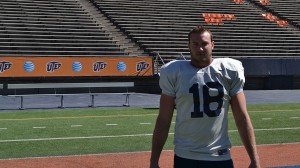 A college football player ponders his options after graduation

EL PASO – James Davidson started playing football and Tae Kwon Do when he was eight years old but his parents always told him that school was more important than anything else. Entering his senior year with a major in criminal justice at the University of Texas at El Paso, Davidson, 23, has an important decision ahead of him – what to do after he walks across the graduation stage. Davidson who is 6’3 and 235 pounds plays defensive end for the UTEP  Miners and is a three-time champ in Tae Kwon Do. He has played every position on defense, starting at safety, linebacker, to defensive end and he even played on special teams returning some kicks and punts. He was regarded as one of the top 20 defensive backs in high school in Huntsville, Texas, and according to Scout, a sports ranking website, he was the No.128 high school safety in the nation. He was also an honorable mention selection on defense in the 2008 Associated Press 4A All-State team.