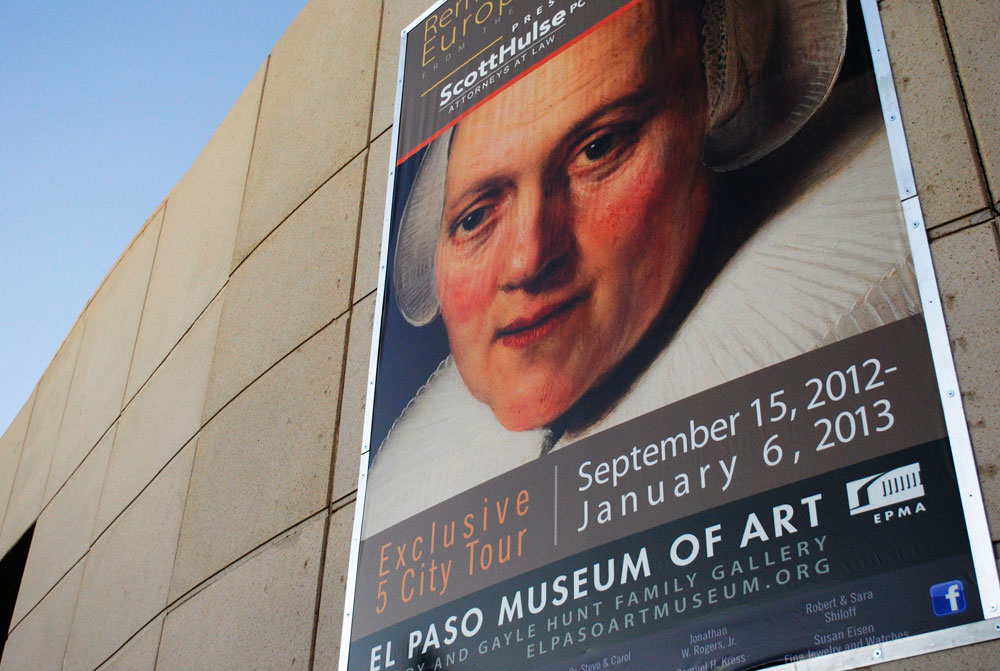 EL PASO — Using words such as chiaroscuro, castrati, and rima to describe paintings by Caravaggio and other Italian artists, Jon Seydl explained the blend of music, poetry, and theater in Baroque paintings.

‘The Lute Player,’ a painting by Caravaggio in the late 16th century was one of the images explained by Seydl. It portrays an androgynous figure believed to be a castrato in a camerino, a small room in houses used for private performances. In the image, the castrato is playing a lute, a violin, a tenor recorder, a spinetta, and a musical score in front of him.

This painting is a perfect example how the different aspects of the Baroque culture are shown in the paintings. The player is accompanying himself with the lute, creating a shift away from the choral songs used in choirs.

“This new music was valued for the complexity that was brought in by the single musician,” Seydl said.

Seydl also explained that this creates a shift from the amateur musician to the professional. Other changes in culture are also visible, such as the language in the music sheet. It differs from the accustomed Latin and it talks about love, instead of the usual mythology or religion. This is believed to be the beginnings of opera as we know it. This presentation is part of a lecture series organized by the University of Texas at El Paso’s Art Department and the Humanities Program. The series at UTEP adds to the current exhibition at the El Paso Museum of Art titled “Rembrandt, Rubens, Gainsborough, and the Golden Age of Painting,” which features artwork from the 1600s to the 1800s.

The show, displaying paintings from artists such as Teniers, Panini, Tiepolo, and Gainsborough, among many others, was brought to El Paso from the Speed Art Museum in Louisville, Kentucky and will continue until Jan. 6, 2013.

To create a fuller experience for El Pasoans, Michael Tomor, director of the El Paso Art Museum, contacted UTEP’s Art History Professor Max Grossman to find a way to collaborate on the project.

“He told me about this incredible exhibition, one of the most ambitious in the history of El Paso, very expensive, very elaborate,” Grossman said. “He suggested that I find four speakers of very high level and international reputations, from around the country to deliver presentations on Baroque painting.”

Thus the ‘Masters of European Baroque Painting’ lecture series was created and room 106 of the Undergraduate Learning Center at UTEP serves as its venue. The presentations are open to all UTEP students and the El Paso community.

The lectures begin with a general presentation of Baroque painting followed by three presentations of different aspects of style. The lectures begin with a general presentation of Baroque painting followed by three presentations of different aspects of style. (Christina Duran/Borderzine.com)

Dr. Edgar Bowron, from the Museum of Fine Arts in Houston, opened the series by giving a broader presentation on the “Golden Age” of European Art on September 19.

“In addition to the talks that they are giving, we’ve organized special events for certain majors,” Grossman said.

He explained that each speaker meets with the Art History majors and minors for one hour, as well as with the Museum Studies minors to talk about curating and other aspects of professional museum life. Humanities students are also included in these meetings.

Lolita Fierro, Art History major at UTEP, explains that these talks are very helpful to students.

“It helps students a lot to see where we can work, and they tell us what really happens working professionally,” Fierro said.

Fierro explained that having the opportunity of walking among 400-year-old paintings is something that does not come around every day. She also talked about the importance of the exhibit and taking advantage of the lectures.

As part of the collaboration between UTEP and the Museum of Art, each lecturer also gives a talk at the El Paso Museum of Art followed by a free-entrance walk through the exhibit with the lecturer.

“Each speaker has his or her own point of view,” Grossman said. “So, it’s a matter of visiting the exhibition several times with the different scholars and getting an incredible experience.”

The lectures begin with a general presentation of Baroque painting followed by three presentations of different aspects of style. (Christina Duran/Borderzine.com)

One thought on “Understanding the Baroque through paintings, music and theater”