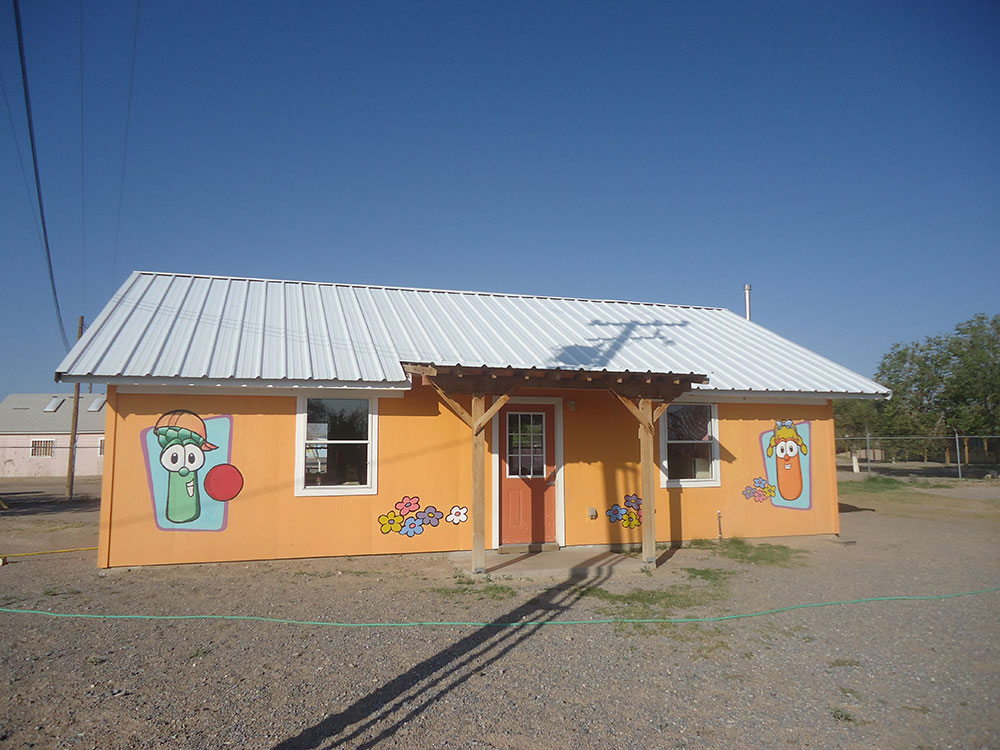 CIUDAD JUAREZ – The 10-year-old boy’s stable family life, his modest home, and a routine that included going occasionally with his parents to Peter Piper Pizza for dinner came to a catastrophic end when the drug war plaguing Ciudad Juárez struck home killing his entire family.

Caught on the street in a crossfire of warring gangs, Juan dropped under a nearby parked van, covering his eyes. Everything turned fuzzy. When he came out from under the van, his father, mother and sister were dead and he was an orphan.

A few weeks later, Juan boarded a bus with 12 other children en route to Rancho 3M to a private Christian orphanage and school founded by American missionaries in the nearby town of Guadalupe. The orphanage was the only option for Juan and the other kids who also had lost their parents to drug violence. Rancho 3M is one of many orphanages created in Juárez and its surrounding areas in an effort to provide shelter to the more than 8,000 children orphaned by the drug cartel violence that spread across the city during the past four years.

Operating under the supervision of the Mexican National System for Integral Family Development (DIF) and supported financially by private donors and churches in the United States, Rancho 3M provides shelter to 84 children.

“The children who live here don’t have to go without food, or clothing, or a place to sleep,” says Dean Ademek, director of Rancho 3M. “We have kids that have been really affected by the war that has been going on, kids whose parents were killed in front of them. The children come with various kinds of heartaches and we work hand in hand with DIF to serve them.”

Mental health and psychotherapy are important facets of the care these children receive to overcome anxiety, depression, and post-traumatic stress disorder.

“Our job is to help prevent any situation of risk that might arise in these children’s lives as a result of the experiences they have gone through,” says Andres Castillo, a psychologist, therapist and counselor who works for the city. “A situation of risk is one in which the child is limited to a positive response and eventually tries to escape by taking the wrong route, which might include drugs, alcohol, or low self-esteem.” A teacher reads a story before lunch is served. (Diana Arrieta/Borderzine.com)

This therapy is comprised of eight to 10 sessions that vary according to the child’s condition.

“Some of these children have a tendency to be very introverted, other times even violent. They seek to avoid any topic that might remind them of what they went through and often blame society for their condition,” Castillo said.

By providing careful attention, Rancho 3M, along with other orphanages throughout the city, offer these children an opportunity to continue with their lives.

“We work to keep the children busy and try to instill in them good work ethics so they can become productive members of society,” Ademek said. “In a typical day here, the children wake up, make their beds, clean up their area, have breakfast, and go to class. After school, they do their homework, complete their chores, and then they have time to play.”

With 34 staff members, including teachers, missionaries, and volunteers from the United States and Mexico, Rancho 3M is a sanctuary for these children. Esmeralda works on her chores before play time. (Diana Arrieta/Borderzine.com)

“I’m very blessed to be living here,” says Juan. “If it wasn’t for this place, I don’t know where I’d be, probably in the streets. This is my home now, my family.”

Working together and understanding the different backgrounds and conditions of these children is essential to the establishment of this environment.

“These children have been deeply hurt, so it’s important to always keep that in mind when we are interacting with them. Working here is more than just a job – you pretty much need to live here,” said Maricela Garcia, English teacher at Rancho 3M. “You go from being a mother, to being a cook, to being a teacher, to being a nurse; there is a lot that needs to be done as a team to make the kids feel comfortable.”

While assisting the children overcome their problems and offering a stable environment for them are important, pushing them to continue their studies is also a major goal.

“Along with DIF, we realize that it is extremely important for these kids to continue their education,” Ademek says. “Here at the ranch, the children go to school from eight in the morning to two in the afternoon. They follow the traditional Mexican school curriculum, but we also incorporate English and computers into their classes.”

Together with DIF, Rancho 3M, like other orphanages across the city, strives to shine light on a day-to-day basis on the lives of these children. “I really like it here,” says Jenny, a five-year old who has been living at the orphanage for one year. “I feel happy, I feel safe.”