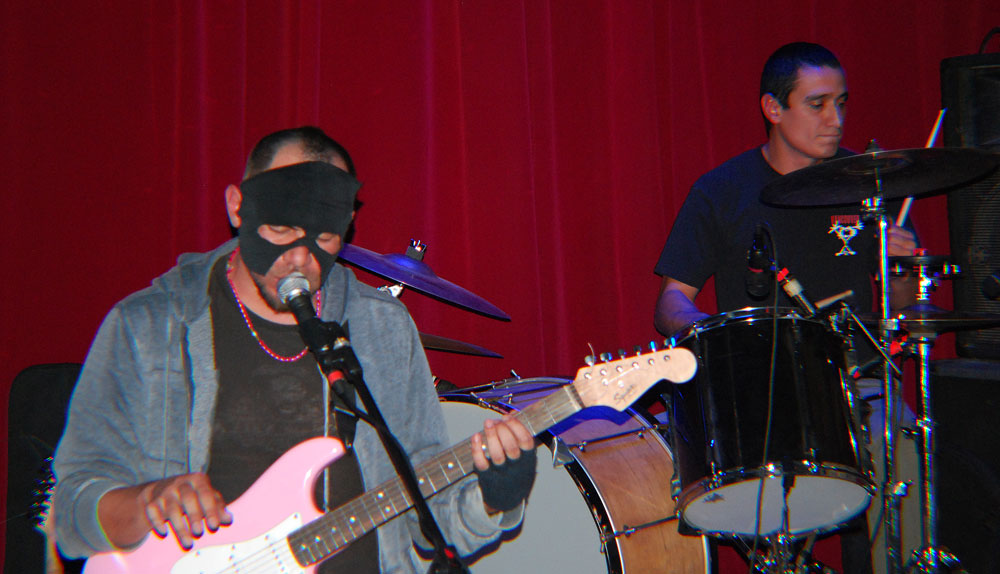 EL PASO – Steel walls cut and scar the border, while robotic eyes search for movement like predators for prey and border agents patrol the line in choreographed patterns raising clouds of dust, but none of this can keep out the music.

This fixed fence prevents illegal migration and keeps America less subject to foreign influence, but it cannot stop a constant transfusion of Mexican culture from becoming ingrained in the U.S. lifestyle, especially in the borderland.

“If we’re from El Paso, we often have U.S.-American tastes…but we also have the Mexican culture in the background somewhere. And I think people from Juarez and elsewhere have the same thing,” said Roberto Avant-Mier, a professor of Communication at the University of Texas at El Paso.

He added that the people in the border have two languages, two cultures, several identities, and numerous musical influences, which according to him can come from at least two orientations.

The deep roots and branches that link El Paso and Juarez, Mexico were born in history and continue growing strong through culture and customs that know no borderline. El Paso’s music scene is perceptible proof of the connections that are not easily cut between conjoined countries, which define the communities’ character. The numerous language and cultural influences that Avant- Mier mentions according to him cause the musical influences of the border to be multiplied as well.

“Look at local bands like Frontera Bugalú, Mexicans at Night and Radio La Chusma and you hear that duality coming out in their music,” said Avant-Mier

As Avant- Mier points out, the dual identities of residents as U.S. Americans and as Mexicans make the area unique. Music in the border is a real testimony to this unique blend of cultures.

These bands are an eclectic combination of Rock, Cumbia, Alternative, Reggae and other sounds played in Spanish, English or Spanglish. There is no clear genre, but a clear message of individuality and acceptance. As Avant-Mier wrote, “Perhaps more importantly, today’s music reflects a positive new attitude of millions of young Americans. The new attitude is of appreciation and toleration of different kinds of music.”

With their rhythm, Mexicans at Night have gone outside the niche and exposed the world to the pulse of the border, a communal sound that brings culture and community to the music that holds it together.

In the crowded scene at the Lowbrow, Rafa Pistola and Alex Rocka produce the Mexicans at Night sound that is gaining more recognition every day. They said they created that music from old abandoned sounds from the border region they both grew up in, aspiring to revitalize the border culture in the process.

Rafa Pistola said that they see themselves as ambassadors, using their music and touring as a way to clear up misperceptions about their hometown.

“Every time we play a good show there’s somebody who might have heard negative things about our city, but when they see that someone from our city writes a beautiful article, paints a beautiful painting or makes a song, it becomes harder for them to say, oh there’s nothing out there, these people aren’t worth a ****,” Rafa Pistola said.

He said that the differences between the rest of Texas and El Paso are astounding and they are differences that can be felt when traveling through Texas. Alex Rocka added, “We’re the black sheep of Texas” Alex Rocka, was born in Chihuahua, Mexico and brought to El Paso as a toddler. (Annette Baca/Borderzine.com)

“Proudly, I’ve always thought our isolation is our gift,” said, Rafa Pistola. He added that this is what keeps El Paso from being like other cities.

According to the Census Bureau, in 2010 El Paso made it onto a list of 10 places in the U.S. that have the largest population of Hispanics. The high numbers of Hispanics in the border area are at times singled out, as if stuck somewhere between nationalities, in a language and a culture vortex. In Mexico El Pasoans are called pochos and in the U.S. they are seen as only half American. Rafa Pistola believes his music can create a middle ground for those people who aren’t accepted by either culture. “That’s exactly it, that’s exactly it. I mean, we try too and a lot of that takes accepting both sides, not rejecting either side,” he said.

Language for Mexican Americans can often be complex in the sense that in certain situations they use English and in others they use Spanish. Rocka said that his children are expected to communicate with their grandmother and that at home he spoke Spanish.

“They’ve gotta be able to talk to grandma and grandma reminds them… yeah they know English but they have to know Spanish,” he said.

Mexicans at Night music is bilingual and some of their songs are in English and some are in Spanish. The band has a simple way to decide what language to use in their songs. Rafa Pistola explained, “It’s not really contrived in the sense that we’re like okay we are gonna write a Spanish song or an English song.” The switching happens naturally, he said.

There is a difference between musical influence and musical theft, Rafa Pistola said, citing Mexican songs presented by American musicians as if they where their own achievement. He ran down a list of songs that where originally sung by Mexican artist but stolen by American singers who didn’t credit the work to the original artist. “We always think of ourselves as people without accomplishments because they try to rub us off the history books, but who cares about that you know, because it’s encoded in the music,” he said.

Music transcends time and, some groups never become outdated.  Both musicians said they had much in common with the musical preferences of their parents. In fact, much of what they grew up listening to with their parents like Juan Gabriel and Corridos influenced them in some way.

“I can’t really tell you that we think, oh that’s our parents’ music.  We don’t listen to that. No man that’s the roots, in fact I think that’s why our music sounds the way it does,” Rafa Pistola said.