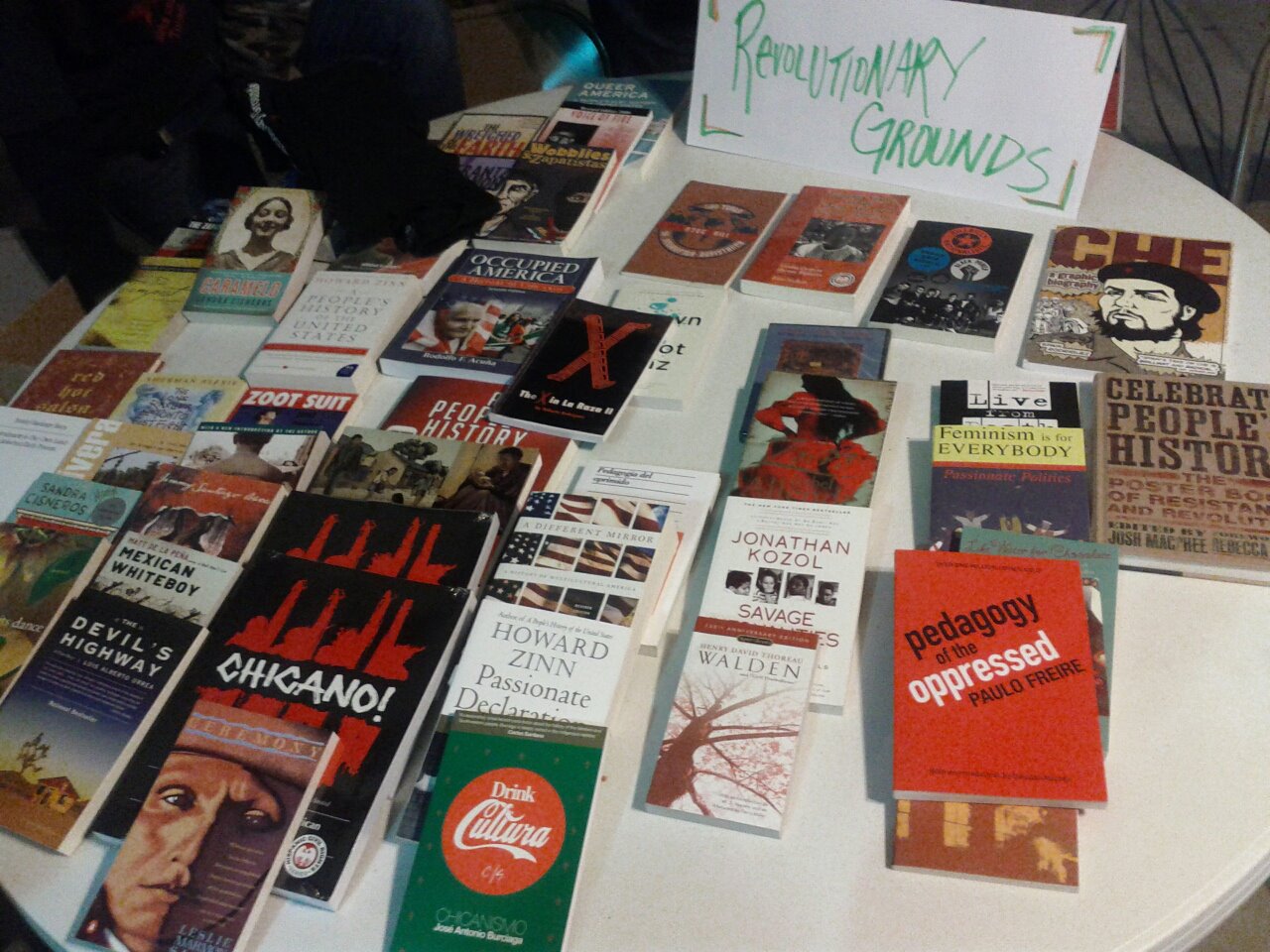 Banned books in TUSD for Chicanos. (Courtesy of D.A. Morales.)

EL PASO – Fooling teenagers is a hazardous occupation. They aren’t easy to fool; you have to be way smarter than they are, and they are plenty smart, even if they don’t look like it. The more you try to fool them, the harder it gets. If you try really, really hard, you are likely to get just the opposite of your intended effect. Teens are also highly skilled lie detectors and can sense BS concentrations of less than 5 parts per thousand. Banned books in TUSD for Chicanos. (Courtesy of D.A. Morales.)

The kids in Tucson have detected something, and it doesn’t smell good. They know now that certain administrators and politicians in power don’t like them and would prefer to keep them ignorant of certain facts so the kids will not know things they should know about their history or the history of other oppressed peoples. They want them to be “good,” unquestioning, patriotic Americans instead of rabble-rousers with educated talking points … like our Founding Fathers. For example, they might say: “According to Paolo Freire, in Pedagogy of the Oppressed….” and then what?

They want those kids to be obedient and quiet … that is if deportation to Mexico is not an option. If neither of those is possible, they want to follow a Gingrich suggestion: make them clean the bathrooms and sweep the floors. Yes, Massa. If they follow through with this suggestion, they will find some inexplicably broken things. Historians know behaviors such as this as “everyday forms of resistance,” first coined as a description of slave behavior that was outwardly compliant, but inwardly subversive. It’s a great description of behaviors that a whole class of workers in low paying repetitive jobs, engage in, like line workers in assembly plants.  Don’t expect teenagers to be subtle, or even outwardly compliant. Adolescence is nearly synonymous with resistance.

Truth is, Tucson officials are cancelling a popular and independently judged successful educational program (and the books that go with it) because, well because … well, because they don’t want the kids reading certain books for particular reasons. But they don’t want to state the real reasons, or even admit that they are making some books awfully inaccessible. That’s like putting the cookies and candy on the highest shelf. That’s like telling kids not to use certain words, or dress a certain way, or hang out with certain people. Oh yeah? Don’t expect any cookies in the cookie jar. Those books, whether they are banned or just boxed are going to be on reading lists, not just in Tucson, but traveling on the spokes of adolescent social network wheels. And I think officials are more than a little surprised that the rest of the country is watching, watching and shaking their heads in dismay and disgust.

The Tucson Unified School District (TUSD) is no longer unified. It’s war: the kids and teachers against the politicians and the administrators. To be fair, the school board in Tucson was being threatened by a bigger bunch of intolerant bullies in state government. Maybe these folks have never been parents or have a poor memory of parenthood. Maybe they aren’t too bright. Neither is a good excuse. Don’t we want to raise thinking adults and not automatons? Didn’t the Enlightenment stop the last Inquisition? Didn’t we abolish slavery? If I had to bet who will win, I would bet on the side of the teenagers and their teachers. They might lose this one battle but they are going to win the war. Time is on their side. Those administrators have stirred up a nest of rattlers, and they don’t expect to get bitten. They live in the Arizona desert, right? And, it will be spring in Tucson soon.

Here are some links to articles about the cancelled program and the “book ban.”  There will be many more in the days to come. Watch what happens.

Dr. Cheryl Howard is Associate Professor Emerita in the Department of Sociology and Anthropology at The University of Texas at El Paso.