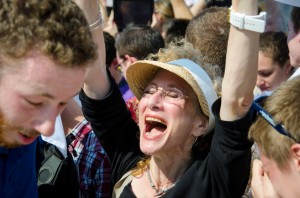 WASHINGTON – The Supreme Court handed supporters of gay marriage a pair of victories Wednesday on the final day of its term. The Supreme Court ruled that the federal Defense of Marriage Act is unconstitutional and determined that it could not rule on California’s Proposition 8. Both decisions were 5-4. In United States v. Windsor, the DOMA case, Justice Anthony M. Kennedy said the act violated the equal protection clause of the Fifth Amendment. DOMA, enacted in 1996, defines marriage as between one man and one woman. 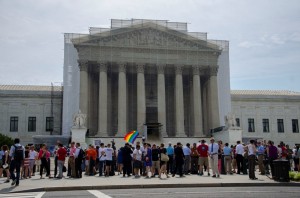