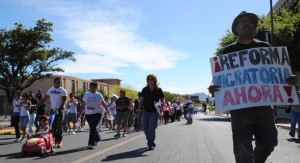 The comprehensive immigration reform proposal spread out Jan. 29 in Las Vegas by President Obama could eventually put as many as 11 million undocumented immigrants, about 80 percent of whom are Hispanic, on a path to U.S. citizenship. It is could also light up the sky with an awesome display of political fireworks by the Fourth of July. While Obama’s 25-minute televised speech was seen and heard by millions and then regurgitated and analyzed for days by print as well as broadcast  media, its message was clearly directed to those 535 members of Congress who must sign off before it reaches his desk for signature. The stakes — the President’s reputation, the future viability of the Republican Party and the welfare of the Hispanic community — are enormous. 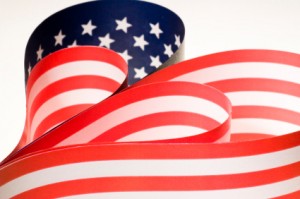 Lourdes Cardenas: Journey across country has led to US citizenship

By the time most of you read this, I will be a U.S. citizen as I am taking the citizenship oath this morning. Instead of covering the story as a reporter, I will be an active participant in today’s naturalization ceremony at the El Paso convention center. It has been a long, and sometimes harsh, road. The journey for me officially started eight years ago, when I came to the U.S. with an H1B visa to work as an editor for Al Día, a Spanish publication of The Dallas Morning News, which was launched in 2003 with the purpose of serving the growing Hispanic community in the city. Luckily, the company decided to sponsor me for permanent resident status, which allowed me to apply for U.S. citizenship after holding a green card for five years. 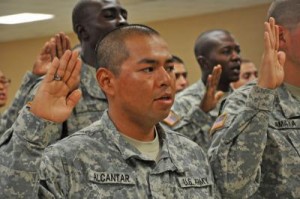 Pvt. Juan Benjamin Alcantar and his wife were living in Chicago when he decided to join the U.S. military. At the time, he was going to college and working in a warehouse. “It was hard to keep up on school and my duty as a husband,” said Alcantar, 25. “To me it [joining the military] is something that’s a great idea to do.”

It also helped him become a citizen.

EL PASO, Texas — Many of the 65,000 illegal immigrants who graduate from high school in the U.S. every year live under the entrapment radar, risking deportation at any time as they attempt to attend college or serve in the U.S. military services. According to statistics from the League of United Latin American Citizens (LULAC), most of these students in all grade levels have been raised in America, in American public school systems, American cities. Many only speak English and the American culture is what they know.  They have little left of their culture of origin. “It’s a very sad experience to forget where you came from because you’re accustomed to life here.  You could hardly remember that you came here from another country,” said a student who wishes to remain anonymous.  The student at the University of Texas at El Paso (UTEP) is an illegal immigrant because, like the thousands of illegal high school students who graduate every year in the U.S., this student was not brought to America by choice.  The parents made that choice. “It’s a difficult situation.