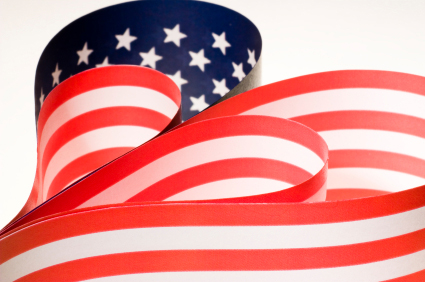 By the time most of you read this, I will be a U.S. citizen as I am taking the citizenship oath this morning.

Instead of covering the story as a reporter, I will be an active participant in today’s naturalization ceremony at the El Paso convention center. It has been a long, and sometimes harsh, road.

The journey for me officially started eight years ago, when I came to the U.S. with an H1B visa to work as an editor for Al Día, a Spanish publication of The Dallas Morning News, which was launched in 2003 with the purpose of serving the growing Hispanic community in the city. Luckily, the company decided to sponsor me for permanent resident status, which allowed me to apply for U.S. citizenship after holding a green card for five years. The United States has played an important role in half of my life. I was born and grew up in Mexico, where I also started my professional career as a journalist. Among the good things that happened in my life, in the ’90s I was offered a job as a correspondent for a Mexican news agency in Los Angeles. I would say that learning the language and understanding an entirely different system were some of the most difficult challenges that I faced not just as a journalist, but also as a person. I still remember the face of a man in L.A. when I asked him where the exit was, pronouncing the word exit as “excite,” or when I had to look quickly at the dictionary every time I heard weird, but common, words at that time in L.A., such as carjacking, drive-by shootings and standoff.

I have had the privilege of attending some of the best universities in this country: the University of Southern California, Harvard University and more recently the University of Texas at El Paso. I also have worked in American media, including CNN and currently at the El Paso Times. I must say, however, that I haven’t broken the ties with my country, and I still write for Mexican media.

After so many years, it was the time to become a U.S. citizen. I can say today that I’m truly a binational person. I’m a U.S. citizen now, but I will keep my Mexican citizenship, too.

In Mexico, I never felt a part of a minority group. In the U.S., you are labeled and counted based on your ethnicity, and often that characterization brings some kind of discrimination. As Hispanics, we always have to demonstrate that we are as good as Anglos, and our abilities are permanently put to test. We still have a long road to fight for our rights, and becoming a U.S citizen is an important part of that battle.

I’m looking forward to fully exercising my U.S. citizenship through the right to vote. I’m ready to contribute to the greatness of this country and to give back many of the good things that I have received here.

I’m journalist from Mexico with over 20 years of experience working as an editor, producer, correspondent and reporter for Mexican and American media in Mexico and the United States.

5 thoughts on “Lourdes Cardenas: Journey across country has led to US citizenship”