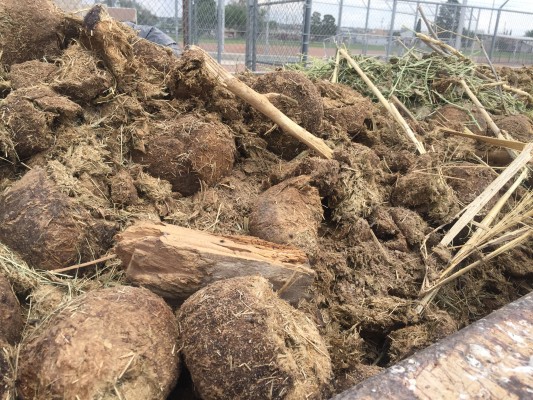 Animal poop is natural, free and right there on the ground for the scooping up, but converting it into an eco-friendly useful resource for use on lawns, gardens and farms takes staff, space and money. In the latest environmentally friendly effort by the El Paso Zoo, which strives to be a sustainable and conservation minded organization, animal manure once destined for a landfill is now being recycled into compost. Zoo veterinarian, Dr. Victoria Milne said the zoo has always had an interest in potentially using animal manure for a better purpose but didn’t have the capacity to run their own composting program on site. “It takes a dedicated staff and amount of space, so we started looking for a big partner who would work with us and it wasn’t until last year that we were able to find one,” said Milne. As part of a field conservation pilot program, the Zoo department started through a partnership with other support organizations including the Sustainability Office and the Environmental Services Department to develop a six-month pilot program in 2014. 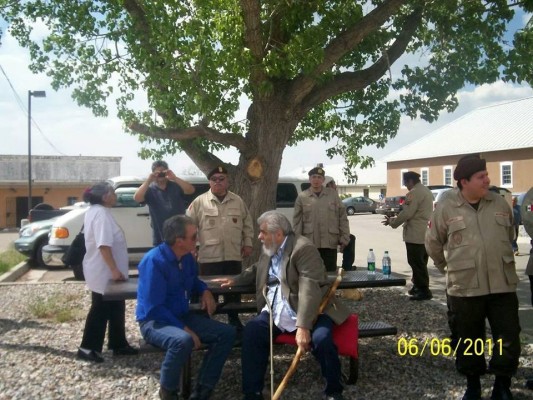 Reies Lopez Tijerina: A dedicated defender of his people

EL PASO — Dust filled the desert air as helicopters swarmed over the mountains surrounding Tierra Amarilla, New Mexico, in search of La Alianza leader “El Tigre” and some 20 of his followers after they stormed the Rio Arriba county courthouse earlier that summer morning. Reies Lopez Tijerina and his men failed to exercise a citizens’ arrest warrant against district attorney Alfonso Sánchez on June 5, 1967, but the courthouse raid became one of the most important events in the long struggle by Mexicans to regain lands taken from them in 1848. Lopez Tijerina became one of the most influential and controversial Chicano movement figures in the mid 1960’s to early 70’s. “Lopez Tijerina was recognized world-wide for his investigations and political activism on behalf of the owners of land in the Northern parts of New Mexico who wanted to retrieve lost land in violation of the Treaty of Guadalupe Hidalgo in 1848,” said Dr. Dennis Bixler, Director of Chicano Studies at the University of Texas at El Paso. El Paso Times: Reies Lopez Tijerina, NM Chicano movement figure, passes away at 88

According to Bixler, Tijerina is labeled as the most influential figure of the “Indiohispano” movement along with other important Chicano leaders such as Cesar Chavez of California, Chicano activist Rodolfo “Corky” Gonzalez of Colorado and Jose Angel Gutierrez, founder of Partido de La Raza Unida in Texas.