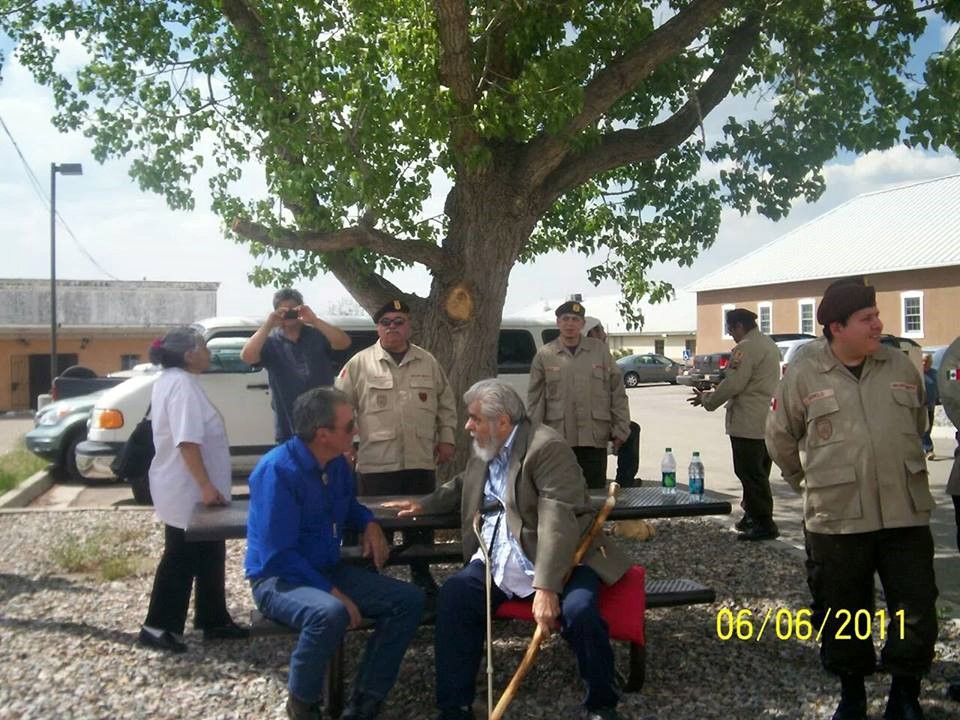 EL PASO — Dust filled the desert air as helicopters swarmed over the mountains surrounding Tierra Amarilla, New Mexico, in search of La Alianza leader “El Tigre” and some 20 of his followers after they stormed the Rio Arriba county courthouse earlier that summer morning.

Reies Lopez Tijerina and his men failed to exercise a citizens’ arrest warrant against district attorney Alfonso Sánchez on June 5, 1967, but the courthouse raid became one of the most important events in the long struggle by Mexicans to regain lands taken from them in 1848. Lopez Tijerina became one of the most influential and controversial Chicano movement figures in the mid 1960’s to early 70’s. “Lopez Tijerina was recognized world-wide for his investigations and political activism on behalf of the owners of land in the Northern parts of New Mexico who wanted to retrieve lost land in violation of the Treaty of Guadalupe Hidalgo in 1848,” said Dr. Dennis Bixler, Director of Chicano Studies at the University of Texas at El Paso.

According to Bixler, Tijerina is labeled as the most influential figure of the “Indiohispano” movement along with other important Chicano leaders such as Cesar Chavez of California, Chicano activist Rodolfo “Corky” Gonzalez of Colorado and Jose Angel Gutierrez, founder of Partido de La Raza Unida in Texas.

Despite Tijerina’s lack of formal education, the political figure spent most of his time here and in Mexico researching Laws of the Indies and the Treaty of Guadalupe Hidalgo, which ended the Mexican American War, to further his knowledge of the land grants given out by the Spanish and Mexican governments.

But most people are unaware that Tijerina’s work extended beyond land grant rights, and included advocating for jobs for the poor, as well as gaining equal voting and civil rights for Hispanics and Native Americans. He also became widely known as the only major activist of the Chicano Movement to ever serve time in prison for his efforts.

Born on September 21, 1926 just outside of Falls City, Texas, to migrant farmworkers, Tijerina’s political consciousness began to take shape as he heard stories of assaults on Mexicans and the near lynching of his grandfather by racist Texas Rangers. Tijerina began working in the fields after he turned four to help his family make ends meet. He later dropped out of high school to help his family pick cotton during the Great Depression.

He later attended a Bible Institute here and became an evangelical preacher in 1944 at the age of 18, and spent the next few years traveling across the U.S. preaching to the smaller Mexican communities in the Southwest.

“He’s a mystical and spiritual man who dedicated most of his life to helping people,” said Paul Martinez, a member of La Alianza de Mercedes, an Hispanic land-grant organization in New Mexico seeking to repossess Spanish land grants in the Southwest.

According to Martinez, Tijerina said he diverted his religious energy to politics in the 1950’s when God called on him in a dream. He said that Tijerina was widely admired by his followers and felt the need to fight in New Mexican courts to rescue lands that were stolen from the original Mexican owners by the U.S. government.

Just as his efforts seemed to be gaining traction, Lopez Tijerina’s health began to decline and he was diagnosed with diabetes and heart problems. Lopez Tijerina died Jan.19 of natural causes. He was 88.

Efforts to reclaim the land grants for Mexicans, Indians and descendants of the original Spanish settlers in Northern parts of New, Mexico have yet to be successful, but Tijerina’s efforts drew a massive following that saw him more broadly as an advocate for social justice.