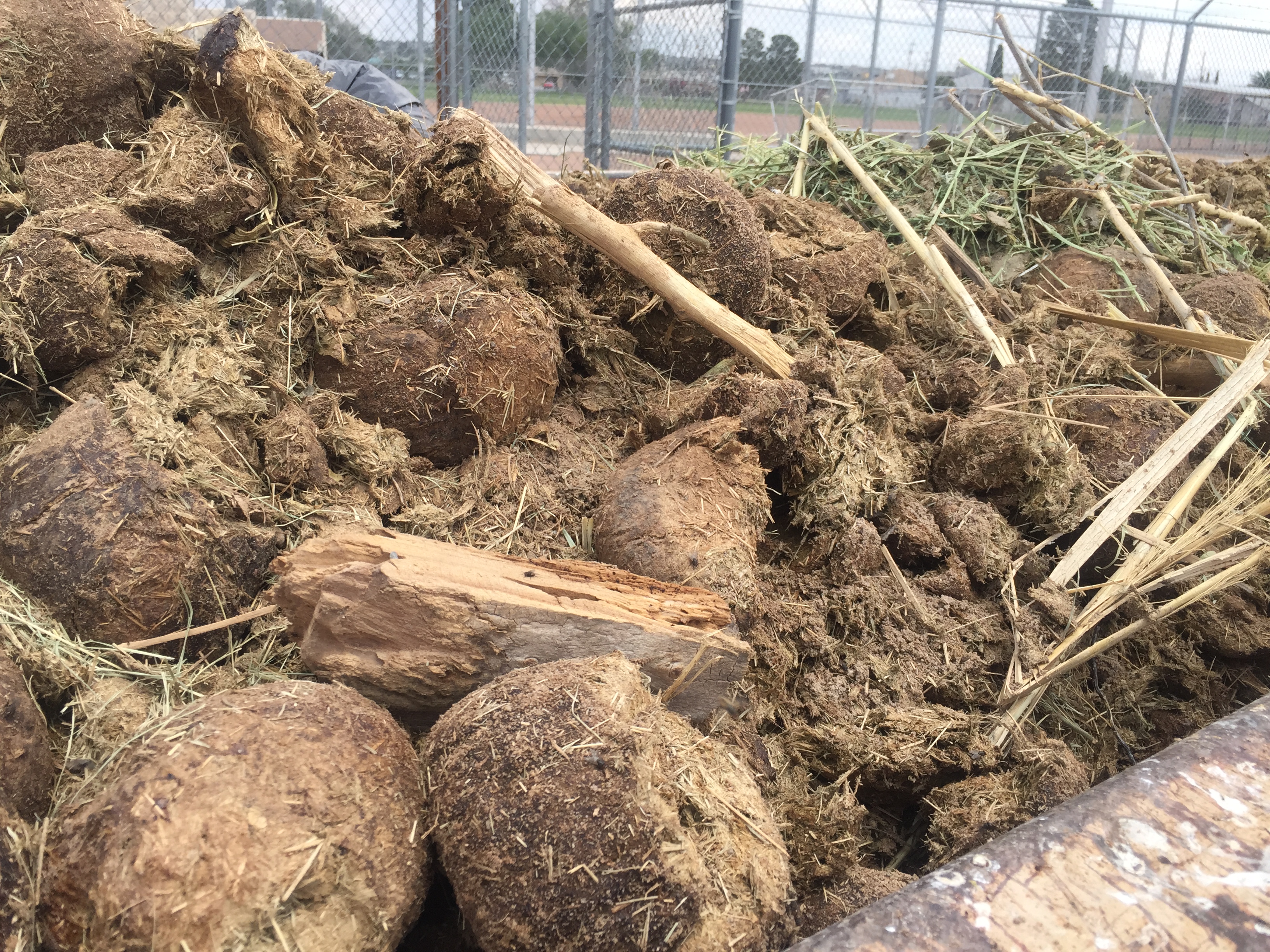 Animal poop is natural, free and right there on the ground for the scooping up, but converting it into an eco-friendly useful resource for use on lawns, gardens and farms takes staff, space and money.

In the latest environmentally friendly effort by the El Paso Zoo, which strives to be a sustainable and conservation minded organization, animal manure once destined for a landfill is now being recycled into compost.

Zoo veterinarian, Dr. Victoria Milne said the zoo has always had an interest in potentially using animal manure for a better purpose but didn’t have the capacity to run their own composting program on site.

“It takes a dedicated staff and amount of space, so we started looking for a big partner who would work with us and it wasn’t until last year that we were able to find one,” said Milne.

As part of a field conservation pilot program, the Zoo department started through a partnership with other support organizations including the Sustainability Office and the Environmental Services Department to develop a six-month pilot program in 2014.

“We got permission to extend the program so we can keep working on the formula and figure out how were going to deliver it. We are now 10 months into the project,” said Milne. The compost program recycles manure from herbivore animals to process mounds of exotic compost to fertilize soil and prepare spectacular gardens throughout the local community.

It is a natural way to add organic material back into soil, making it more fertile and more nutritious for plants to grow as opposed to untreated soil.

“Manure from herbivores provides a good source of hydrogen which is beneficial for compost so anything we can do to reduce our carbon footprint, recycle and prevent excess waste is great,” said Milne.

The exotic animal manure consists of droppings, bedding and food scraps from herbivore animals such as elephants, rhinos, zebras, giraffes, camels, ostriches, antelope and many others.

Its partner in the project is licensed commercial composter, Carlos Huerta of New Green Organics who became interested in turning the manure from the zoo into compost to see how it worked.

According to the company website, the commercial composter mixes the droppings with other vegetal materials such as wood chips, organic mulch and hay until it reaches the nutrient levels that make it valuable to gardeners.

“We are aiming to get the final nutritional product and so far it’s been going pretty well.”said Milne. “New Green Organics is still working on the formula for compost in different proportions that make it the best soil amendment for our area.”

Nearly 1000 pounds of manure are produced daily at the zoo in several herbivore exhibit areas. The zoo doesn’t have the space to recycle the waste into compost, so for years the animal waste was hauled away in a large 20 cubic-yard dumpster to the landfill every two to three weeks.

The EPA estimates that out of 250-million tons of animal waste generated in America in 2011, only 34.1% was recovered to be recycled or composted.

“It’s good for us to have some place to put the manure that is productive. That’s a lot of waste that should be benefiting our community and not taking up landfill space,” said Milne.

In efforts to be as green as possible, New Green Organics’ goal is to serve as an alternative to our expanding city’s landfills and converting it’s abundant organic resources for use as firewood, mulch, and compost.

Most types of manure must be aged and completely composted in order to be a useful and valuable resource. Fresh manure contains high nitrogen levels that can be unsafe to plants and encourage the growth of weeds.

“It’s not just fresh manure that we use because it can contain harmful bacteria and other things. The composting process breaks up heavy ground and adds tremendous biodiversity to the soil turning it into something safe to use,” said Milne.

The benefits of zoo-poo are numerous. Once the final product is ready, the El Paso Zoo plans to use the processed compost to fertilize and improve the soil quality in general and to prepare spectacular gardens and exhibits throughout the Zoo’s 35 acres.

The zoo also hopes to use the compost as a marketable commodity making it a commercially available product to the public with some profit from the product coming back to the zoo to help cover the expense of maintaining the program.

“It’s a special feeling to know that we are doing something that is sustainable to our community. Pretty soon people will be able to buy something that was produced locally and is being put back into our community to help improve the health of people that are trying to grow their own food or are just using it in ornamental gardens to help beautify El Paso,” said Milne.

Right now the composting process is still a part of the pilot program but the El Paso Zoo is aiming to make it a permanent part of its normal operations.