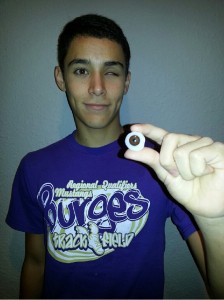 For Isaac Perez the football may be out of sight, but not out of mind

EL PASO — It’s third down and eight and wide receiver Isaac Perez needs to make a play for the Burges High School football team. He just hopes he can see the ball. For Perez, the play won’t be just pitch-and-catch like it is for any other player. Catching the ball and running for the touchdown is a process of complex decisions that are made from the moment of the snap, to the instant the ball leaves the quarterbacks’ hand. Perez has to twist his body so that his right side faces the incoming pass. 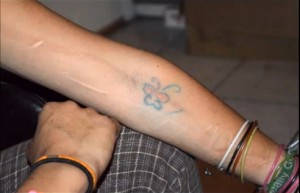 EL PASO – The young woman has a frail frame, thin from a lack of food and an appetite for cocaine, black hair shaved on the sides, two silver rings piercing her bottom lip and tattoos on her arms and legs. Jackie, a 27-year-old prostitute doesn’t touch the wads of bills folded up on a dresser in a hotel room on Mesa Street. A friend will pick that up before she has sex with the man who made the payment, an average American guy, five-feet-10-inches tall, normal build. He was looking for sex, but she gave him more than that. He also received kind words and support from Jackie, who believes it her job to provide something more to the men who come to her. 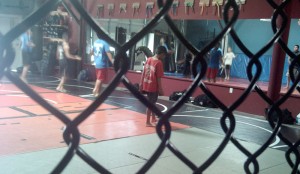 EL PASO – The two boys wrestling on a padded mat inside a chain-link cage barely tall enough to ride the teacups at Disneyland grab at each other, one grasping the other’s leg leaving himself vulnerable as his opponent throws him off-balance. The sensei or master stops the action after the new student with the structural integrity of his elbow in jeopardy gives a tap of his hand in submission. This is the sport of children’s mixed martial arts or MMA, a new trend in this fast growing sport with children less than 10 years of age strapping on gloves and shin guards in order to pummel one another. While the sport for children in this age group looks like organized rough-housing, their goal is to defeat the opponent utilizing hand to hand combat techniques from muai thai, kick-boxing, wrestling and boxing. Cynthia Baca looks on as her six-year-old son Mason engages in a contact sport played behind a caged wall.