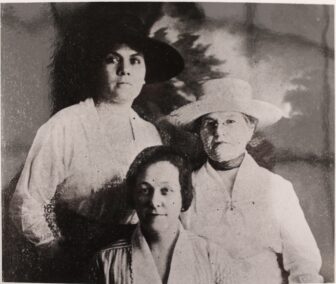 How police work for women in El Paso has changed over the years, but still has a ways to go in recruiting

The history of women on El Paso’s police force dates back to 1913, but much has changed over the years. “Women were seen more as social workers than police officers because it was a very male-dominated occupation,” said Egbert Zavala, an associate professor in the Criminal Justice Department at the University of Texas at El Paso. Early police work by women mostly involved looking for runaway girls, making calls on community residents, patrolling the streets and arresting prostitutes. “There was this idea, back in the day, that males had to deal with dangerous criminals,” Zavala said. https://youtu.be/EOnjuEVQzH4

According to records with the El Paso County Historical Society, the first policewomen in El Paso appointed in 1913 were Mrs. C.A. Hooper, Mrs. L.P. Jones, and Juliet Barlow.