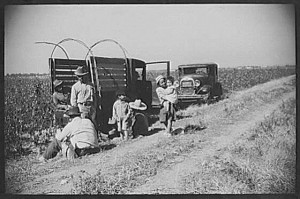 EL PASO — Fresh steaming tamales are sold out of small shacks, directly from vans, and by “tamale ladies” from their homes all along the “Tamale Trail” on the good old Mississippi Delta. “There is a tradition among some African-Americans in Mississippi, Louisiana, little dots on a map going all the way up to Chicago. They make tamales and make up this trail,” said Dr. Roberto Avant-Mier Associate Professor in the Department of Communication at the University of Texas at El Paso (UTEP), sitting in his office next to a poster of his book, Rock the Nation: Latin/o Identities and the Latin Rock Diaspora, which demonstrates how Latino music influenced early jazz music. Avant-Mier recently discovered the Tamale Trail on a website http://www.tamaletrail.com/ where Amy Evans Streeter, oral historian at the University of Mississippi Southern Foodways Alliance, published the discussions of the Tamale Trail. She interviewed over a dozen U.S. southerners, including African-Americans, along the Mississippi delta and recorded stories about their tamale tradition. 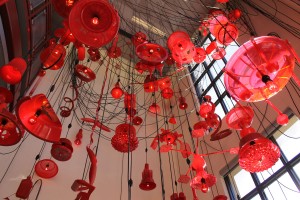 EL PASO – Spectators are entangled in an intertwined mess of black cords connected to a red piggy bank, red back scratchers and other red knick-knacks that transforms the entrance of a conventional public building into a world of obsessive red. Maximo Gonzalez’s exhibit “Magnificent Warning” is one of the three current art exhibits featured at the Stanlee & Gerald Rubin Center at the University of Texas at El Paso. The exhibit will be showcased until March 15.  Gonzalez is a recognized Argentine artist who has left a profound mark in the art world. “The mission of the Rubin Center is to bring world class contemporary art to the El Paso region, and Maximo is certainly at the top end kind of the artists we bring. He’s got a really fantastic trajectory. 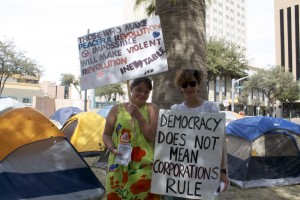 EL PASO – Protesters crawled out of their tents and stretched as the morning sun greeted them at San Jacinto Plaza, all of them sharing a passion for banning corporate greed. At first I didn’t know how to feel about Occupy Wall Street, which is a movement that has gained momentum and spread to other parts of the U.S. and even the world. You have people protesting in Rhode Island, California, and Virginia and even in England. The movement is made up of people who established a peaceful protest although they come from different political backgrounds and religions. They argue that there should be an end to the corruption and self-indulgence of the wealthiest one percent of the U.S. population, which is inflicting a wrong upon the rest of the U.S. – the other 99 percent of Americans.