El PASO — After three months and 273,968 signatures supporting a petition to deport Canadian pop musician, Justin Bieber, the official White House government website called “We the People” has ruled on the matter — Bieber will not be deported. Petitioners had argued that they were being wrongly represented in the world of popular culture by Bieber and would like to see the “dangerous, reckless, destructive, and drug-abusing” singer deported and his green card revoked. The petitioners also said that Bieber is not only threatening the safety of our people but “he is also a terrible influence on our nation’s youth.” That’s why “they the people” would like to remove Justin Bieber from our society, the petition says. The White House didn’t make any specific comment about Bieber legal troubles, declaring: “Sorry to disappoint, but we won’t be commenting on this one.”The White House statement continues: “The We the People website terms of participation state that, ‘to avoid the appearance of improper influence, the White House may decline to address certain procurement, law enforcement, adjudicatory, or similar matters properly within the jurisdiction of federal departments or agencies, federal courts, or state and local government in its response to a petition.’ So we’ll leave it to others to comment on Mr. Bieber’s case, but we’re glad you care about immigration issues.”
The controversial Bieber, 20, was arrested in earlier this year after he was caught drag racing by police in Miami with his father Jeremy Bieber and friends. 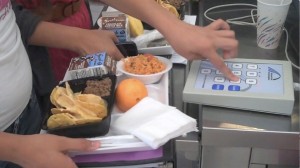