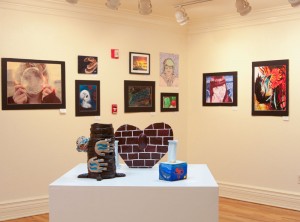 EL PASO – The artworks along the hallways displayed rich colors and vivid patterns of nature, people, and religious motifs, images that sprang from women artists creating their own art. The exhibition, “Hearts of Fire,” at La Galería de la Misión De Senecu Ysleta ISD Fine Arts Department, was presented recently by the Art Swap program of the Union de Viejas Artistas (UVAs), a group of practicing and retired women art teachers who support art education and encourage personal artistic growth. However, they confess that their true devotion lies in providing their young art students with the best possible education. “Educators have little access to support and professional development. That is how the group came to be,” said Lorena Williams, the founding member and creator of UVAs Art Swap. 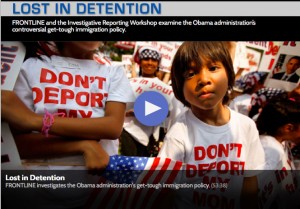 EL PASO – A guard takes the hand of a woman, rolls her fingers on black ink, and is marked as an illegal immigrant into the computer as she looks around a room filled with guards and other detainees, not knowing when the next time she may see her children or husband after being pulled over by an officer. Students and professors gathered at the University of Texas at El Paso on March 26, to watch a film screening of the documentary Lost in Detention, which was  hosted by Amnesty International. The meeting  highlighted the issue of abuse against immigrants that occurs in detention centers across the U.S.

“Right to freedom, right to public trial, rights being stripped from non-citizens. The whole issue is tainted. If we continue to fail, things will only get worse,” said Patricia Quezada, President of the UTEP chapter of National Movimiento Estudiantil Chicano de Aztlán (MEChA). 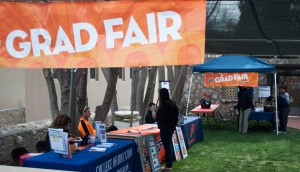 It seems harder today to make a college degree pay off

EL PASO – Josie Jimarez Howard imagined herself surrounded by artifacts from fascinating distant epochs as she pursued her passion for history tending to treasures in a museum after earning a degree in history from Reed College. But instead, she found herself selling modern cosmetics at Macy’s. She soon realized that the only way to get the job she wanted related to her studies was to go back to school for a graduate degree. “I think a lot of jobs teaching in the museum require a higher degree than a B.A. I looked for jobs at museums but during the Bush administration there weren’t as many.”

Howard, who had graduated in 2007, enrolled in graduate school at the University of Texas at El Paso in 2011 and is currently a teaching assistant for a freshman history class. “Honestly, it’s been hard.