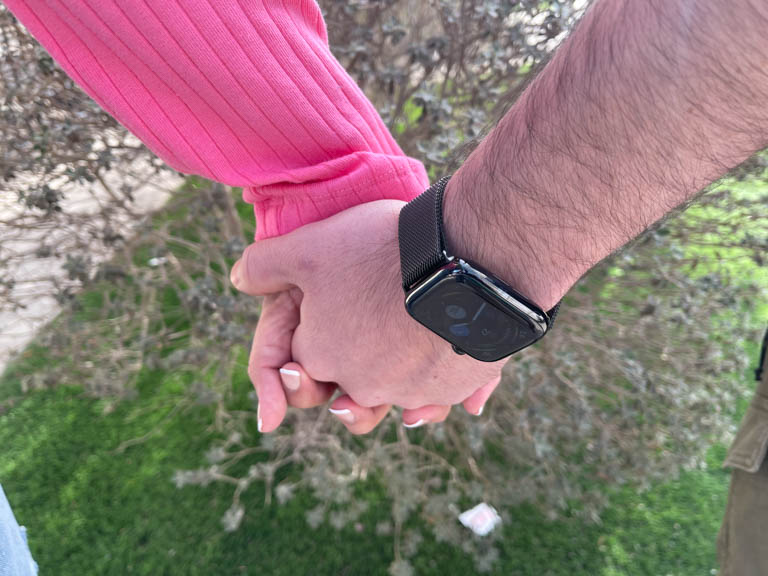 The cities of El Paso, Texas, and Juarez Mexico are side by side, but to some Borderland couples it seems like they are worlds apart since the pandemic closed the border to all but essential travel.

The U.S. imposed limits on border travel in March 2020 in response to the rising COVID-19 crisis. Only U.S. citizens, permanent residents and those designated as essential travelers can cross. That means no crossing for recreation and tourism to go shopping or visit family and friends.

Love is not considered essential under the travel ban, which makes it hard for cross-border couples like Briana Martinez and her boyfriend, Oswaldo Cuevas, who once freely traveled between cities to stay connected.

“It’s been tough definitely, because the borders are closed. He does have a tourist visa only, so he hasn’t been able to cross since March of last year,” Martinez said.

In January 2020, Cuevas, a chemical engineer. moved to Juarez to be closer to Martinez. Two months later the pandemic hit.

“When he initially moved here we thought we’d both have the liberty to cross whether he goes to visit me for the weekend or I go to Juarez. So, it’s been tough in that aspect because he hasn’t been able to cross,” Martinez said.

After months being away from each other at the beginning of the pandemic, Martinez began visiting Cuevas in Juarez almost every weekend. She moved to Juarez at the start of the 2021 to live with Cuevas, but found the commute to work in El Paso was too much and moved back to the U.S.

The couple is now engaged and Martinez is buying a home in El Paso, but they aren’t sure when they will be able to get married. Even then, it could take years before Cuevas can legally reside in the U.S.

The pandemic also forced Edith Velazquez of El Paso and Alex Rodriguez of Juarez to rethink their 6-year cross-border relationship.

“I was traveling to Juarez to see my boyfriend, but the pandemic hit and we had to decide whether one of us would move to where the other lived or just stay apart for the time being,” said Velasquez, who met her boyfriend during an outing with friends in Juarez.

They decided to get engaged and plan to get married in Tulum, Mexico, next year when the pandemic has eased. They’re hopeful that Rodriguez will be able to move to El Paso in the future.