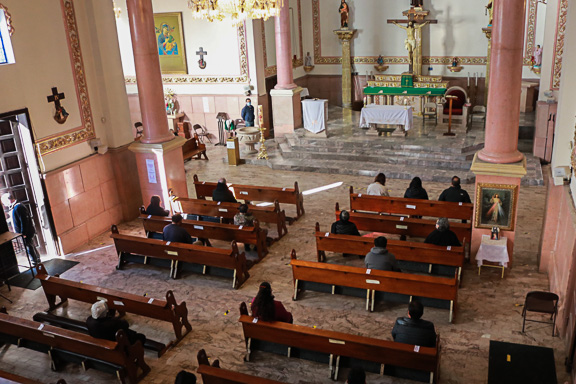 All attendees are seated in an order that respects social distancing guidelines imposed by the state government of Chihuahua in Ciudad Juárez, Mexico, on Jan. 24, 2021.

San Felipe de Jesús parish is one of the many churches that re-opened its doors to the public in Ciudad Juárez, Mexico at the end of January. About 35 people came to the church to celebrate Mass, all respecting social distancing guidelines and wearing masks.

In an attempt to mitigate the spread of Covid-19, the state government of Chihuahua suspended all public religious services in September, the second time since the start of the pandemic last spring. Chihuahua’s restrictions are based on a street-light-inspired system defined by specific indicators, such as hospital bed capacity. When the state transitioned to the color yellow in January, churches were allowed to reopen to the public at 30% capacity and limited to a maximum of 100 people.

The celebration at San Felipe de Jesús was set to begin at 9 a.m., but many arrived half an hour before. Entire families and single adults were seen entering the doors of a place they had only been able to see through a screen for many months, but one thing was certain: they were ready to experience Mass in person again. These images capture what it was like on Sunday, Jan. 24. 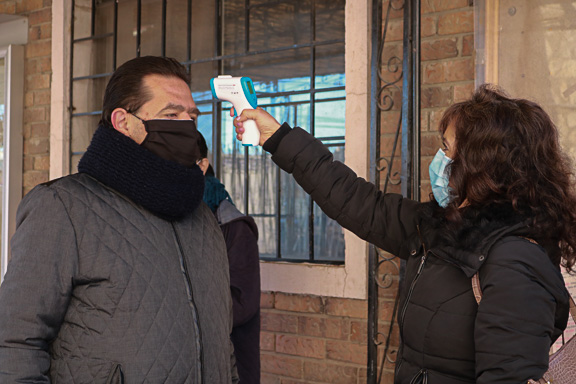 Carmen Soledad checks the temperature of mass attendees to ensure no one with a fever enters the temple. 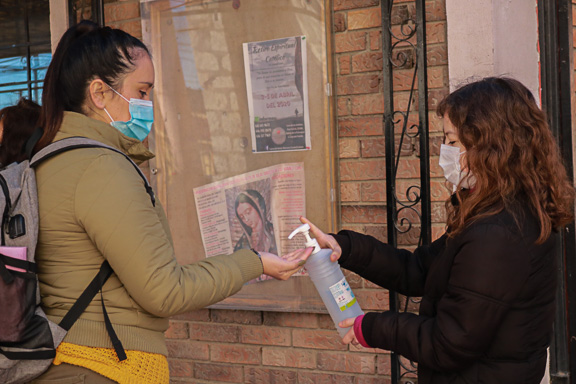 Mariana Chávez pours hand sanitizer on the hands of all attendees before entrance at San Felipe de Jesus parish. 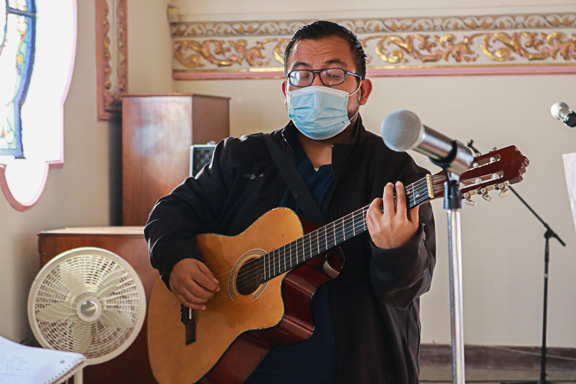 Enrique Luna plays the guitar for the choir at Mass. 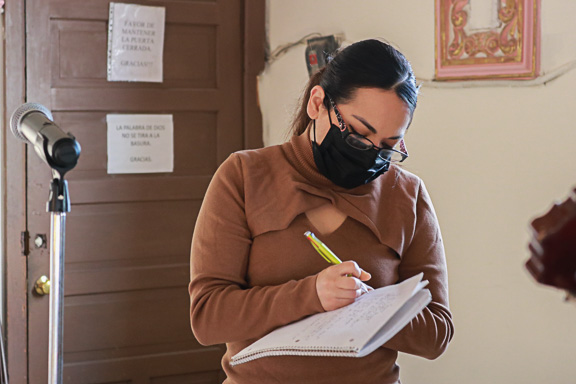 Arlene Valdez writes down the lyrics for one of the songs she will sing during Mass as part of the choir. 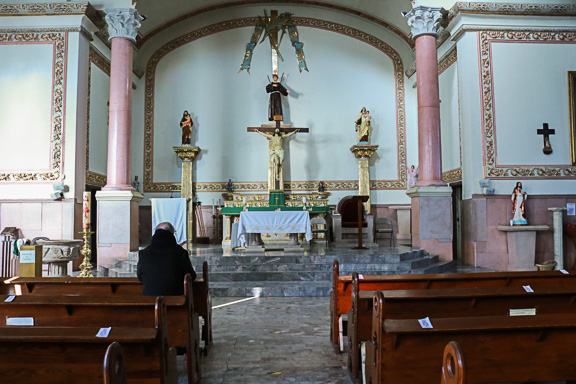 A single man prays in front of the altar before Mass begins at San Felipe de Jesús parish. 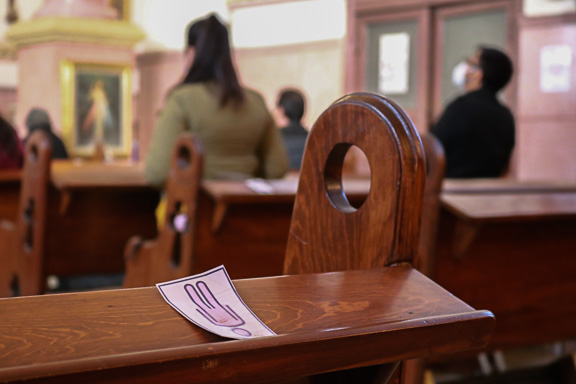 Benches inside the temple at San Felipe de Jesús have signs to designate where attendees can sit in order to respect social distancing.

All attendees are seated in an order that respects social distancing guidelines imposed by the state government of Chihuahua. 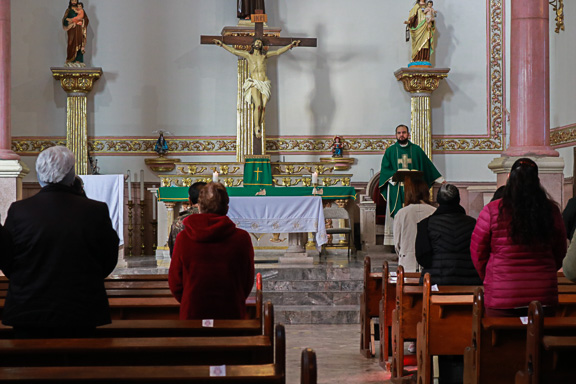 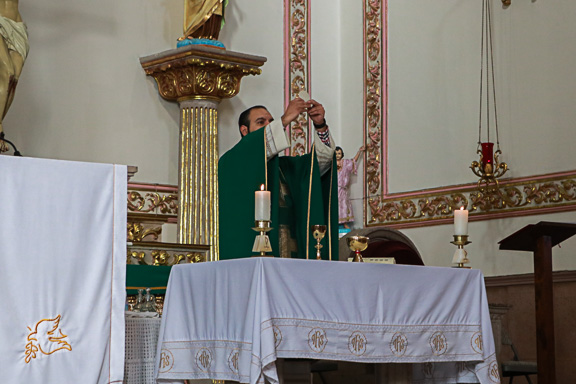 Father Juan Carlos López makes the consecration in front of about 35 attendees. This is the first time that people are allowed to enter the temple for Mass since September. due to Covid-19 restrictions, in Ciudad Juárez. 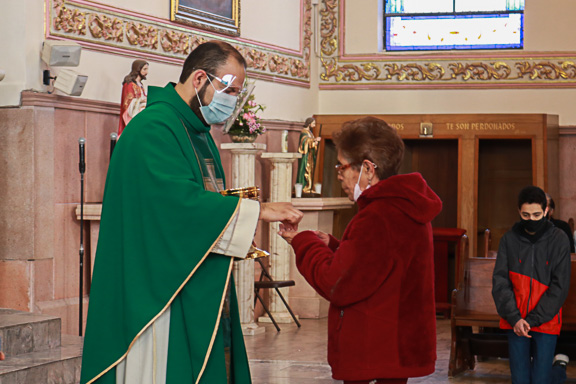 Father Juan Carlos López , wearing a mask and a face shield, gives communion to a woman during Mass.