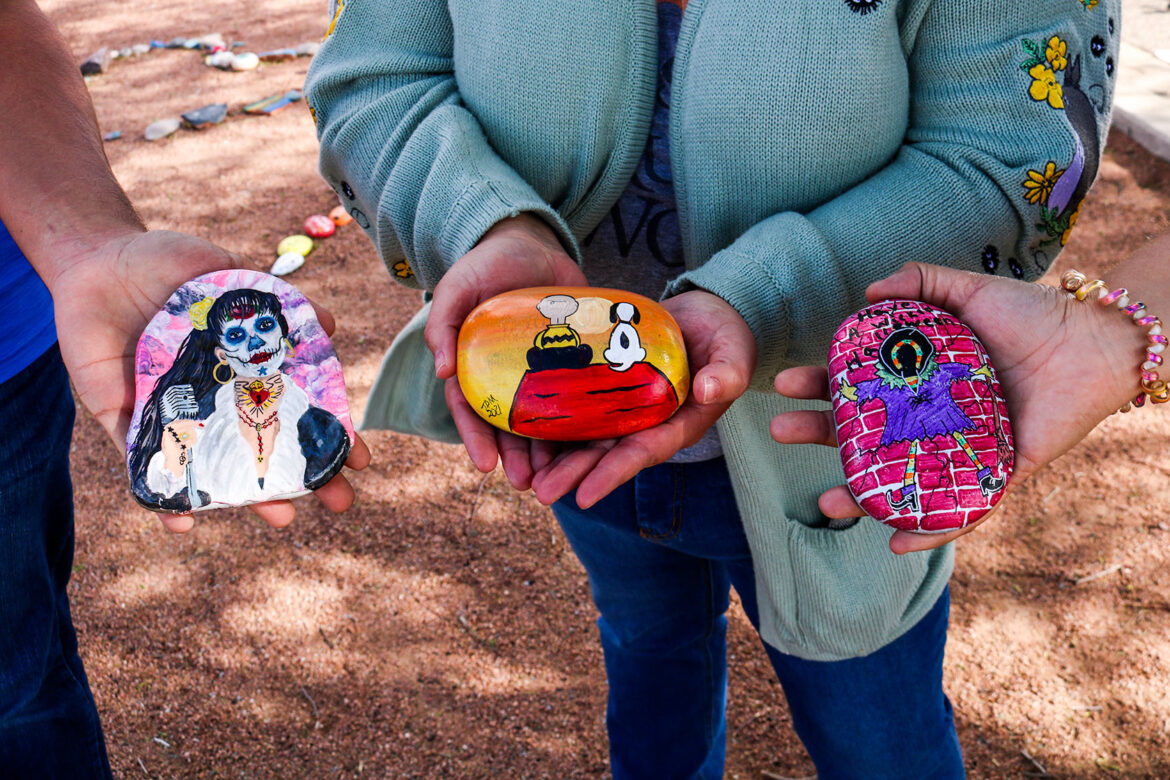 A local group called El Paso Rocks! has more than 3,000 members on Facebook. Their mission: To take over El Paso with a city-wide scavenger hunt for painted rocks. The rocks are hand-painted by local artists who participate in the scavenger hunt.

The group asks whoever finds the rocks to share on social media to spread the fun.

The Hille family started El Paso Rocks! in 2017, when Klaus Hille, the founder of the group, got the idea from visiting his daughter who lives out of town.

“They were on a walk, in her town of Homewood, Alabama, and my niece happened to find a rock that was painted like a ladybug, and on the bottom, it said Homewood Rocks, that’s the name of their community,” said Krista Hille Brooker, who is Hille’s other daughter.

Loving the concept of sharing positivity through art, he decided to look for a group that did similar scavenger hunts in El Paso but couldn’t find anything similar to it.

“He essentially just started this Facebook group and had me take over. My kids and I hid like 10 rocks in the first couple of weeks,” Brooker said, “I really just invited people in El Paso that I knew, and slowly people were finding rocks, joining the group re-hiding or replacing the rocks.”

After four years of managing the group on Facebook, El Paso Rocks! has grown to become a city-wide phenomenon that has continued to inspire fellow El Pasoans, especially during the pandemic. 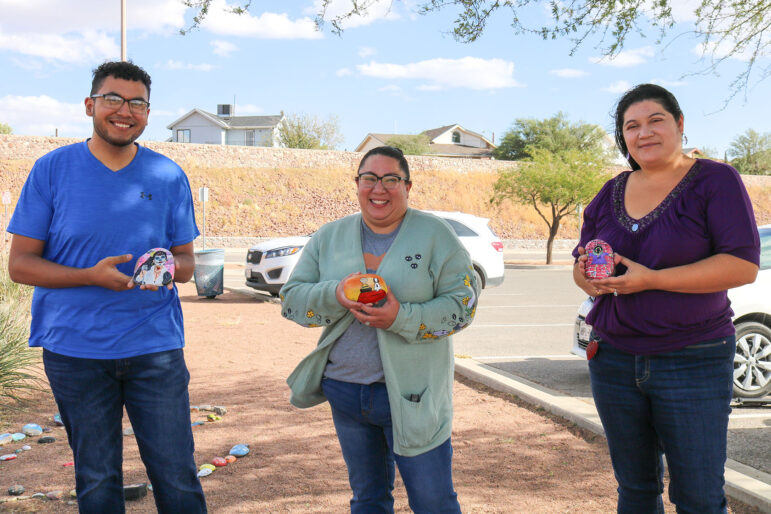 Jessica McKeehan, a member of El Paso Rocks!, stumbled across the group on Facebook. Seeing on her feed how someone found a painted rock, she decided to check out the group page and join the hunt.

McKeehan said she found a creative outlet during the pandemic in participating in the hunt by hand-painting rocks herself and hiding them for the community.

“I do it for the kids because you can’t take them to a lot of places and especially right now with COVID, and a park to me is inviting it’s outside, you’re getting exercise, you’re having fun family time. And then it’s a hunt, they only really get to hunt on Easter. So it’s a good little hunt for them,” McKeehan said. 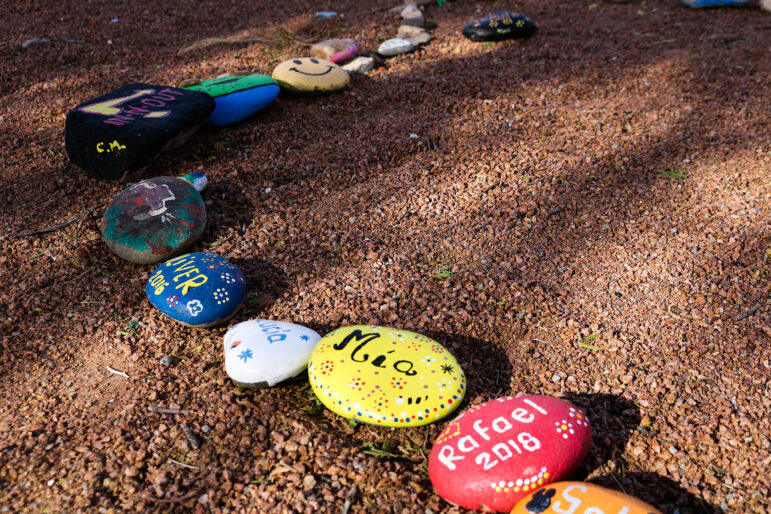 Decorated rocks lined up in the park at the Don Haskins Recreational Facility in El Paso. Photo credit: Noelia Gonzalez

“I have a four-year-old and we were walking to the park one day and he spotted a rock and it was a little painted horse on the rock, and we thought it was really cute and turned it over and it said to post on El Paso Rocks! So I researched it on Facebook found the group joined it and that’s how it started,” Love-Smith said.

Proudly showing his art on the rocks, Alex Veliz said a cousin introduced him to the group. Seeing his cousin take time to paint rocks motivated Veliz to start participating in the group too.

“I was curious, so I started painting rocks and actually got into it, and it brings me joy to see people finding these rocks,” he said.

Spreading happiness and a positive message, Veliz enjoys being part of an impactful group in the community.

“You get some sort of feeling when you see like random people finding your rocks and appreciating your art,” Veliz said.