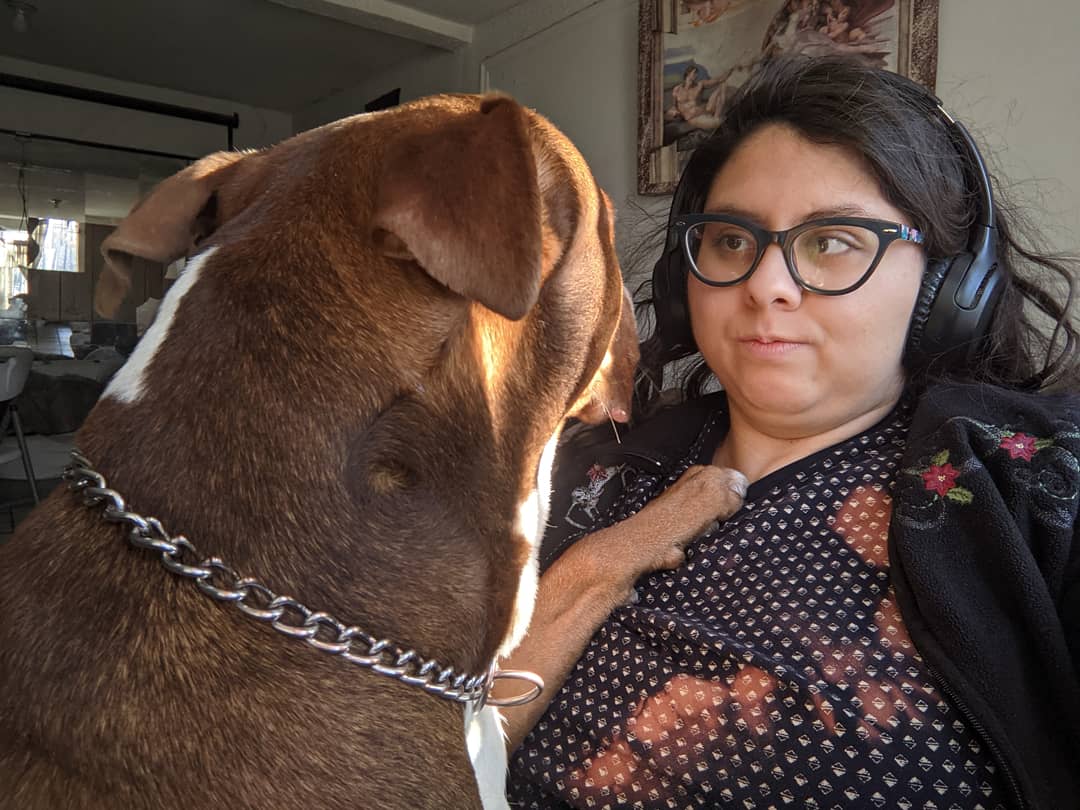 Alexia Carmona's dog Samson has been her constant companion in Juárez during the pandemic. Photo credit: Alexia Nava Carmona

Ciudad Juarez — Since March, the international border has been closed, only allowing essential travel for work, school and medical reasons during the pandemic. The virtual border shutdown has been extended by both the U.S. and Mexican governments each month through February according to the Department of Homeland Security.

The border closure meant my mother, who works in El Paso, had to move to the U.S. side of the border since she didn’t want to have to deal with long lines at the international bridge and the possibility of being turned back even though she was crossing for her job. My mother is in El Paso with my 11-year-old brother while I and my 19-year-old brother live in Juárez.

She sends us money but we miss having her and our youngest brother around. We communicate via WhatsApp by text, calls and video chats. My mother sometimes crosses into Ciudad Juárez to visit and bring us groceries. She misses us as much as we miss her.

Filling the void with gaming

Right before the pandemic, I lost my job and haven’t been able to find another one. I’m a multimedia journalism student at UT El Paso, but because I’m not a U.S citizen, getting another job in El Paso is now harder. And some businesses, especially in Ciudad Juárez, have shut down. My struggle is not unique, Forbes reported that unemployment rates in Mexico were expected to reach 11.7% by the end of the year.

The economic downturn and family separation have been depressing. While quarantining, I turned to a new hobby: video games. I have mostly played The Last of Us and the Uncharted game series, but sometimes play other games such as JoJo’s Bizarre Adventure: Eyes of Heaven, Flower and God of War.

A common concern that comes to mind when talking video games is the effect they, may have if there is violent or aggressive content. But research is not conclusive. In 2019, researchers from the University of Limerick in Limerick, Ireland, Yamaha J. Halbrook, Aisling T. O’Donnell and Rachel M. Msetfi published an article in the Perspectives on Psychological Science journal where they argued that the effects of violent video games on aggressive behavior depend on more variables, such as the social and family environments of the people playing.

During the social isolation created by the pandemic, gamers have found a sense of community. Not only have I been playing games with some history in them, but also other, more casual, games that have allowed to interact such as the Among Us game. As I started to become somewhat active on Discord, I connected with other people from other parts of the world and we would call everyone on the server as we played Among Us, sometimes also playing games such as Minecraft or Scribble.

In their 2019 review article, Halbrook, O’Donnell and Mstefi also found that games where social activity is involved, whether playing with other people or where non-player characters interact with the player, can also be beneficial for psychological health as long as the player participates in these games with moderation and for social reasons, not because they’re obsessed with the game (or winning) or because they’re looking for an escape from reality. That’s a relief considering the times we’re currently living in.

Having a pet helps 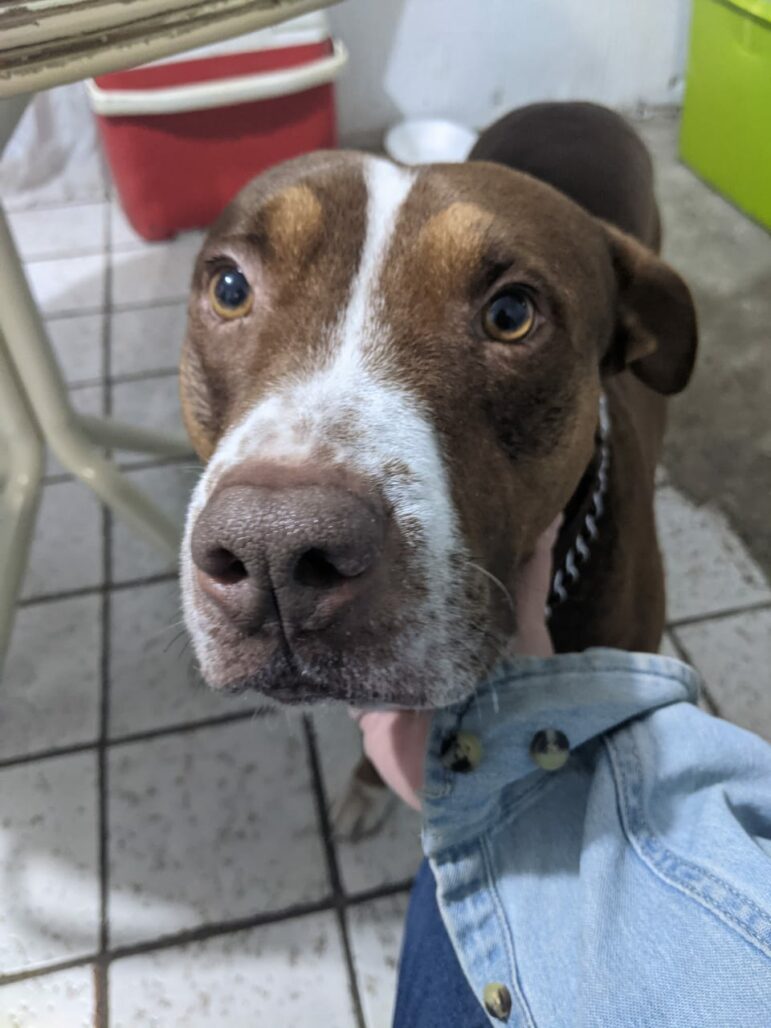 Video games are not the only way for me to cope with the pandemic and the lack of social interaction; My dog Samson, a cinnamon-colored rescued Pit Bull has been a great help too. My uncle trained my dog so he could stay inside the house with me more .

The benefits of companion animals are well documented by research. My dog, in some way, has been my savior, being a comfort during emotionally difficult moments when I felt as if nothing I did had any type of worth.

Gaming has been a way to distract myself from the harsh realities of the pandemic and connect virtually with others and my dog has been an emotional support when I’m feeling mentally vulnerable as I cope with the family separation and isolation created by the COVID-19 pandemic.

Alexia Nava Carmona studied multimedia journalism at UT El Paso. She served on the Borderzine staff in the fall of 2020.