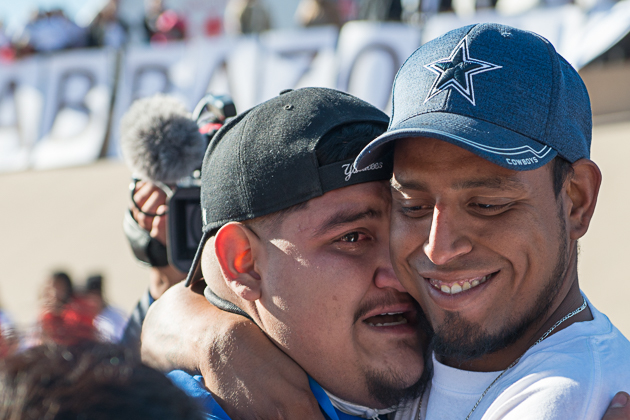 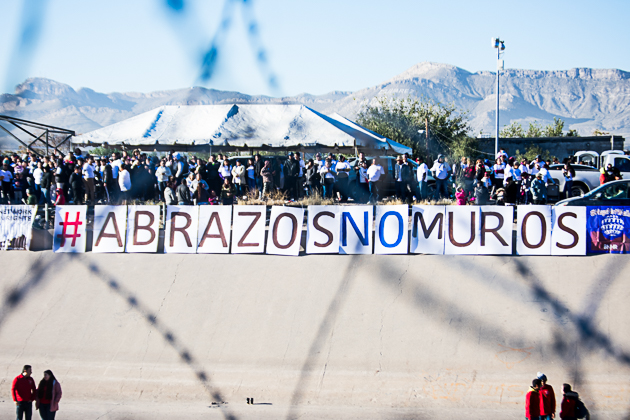 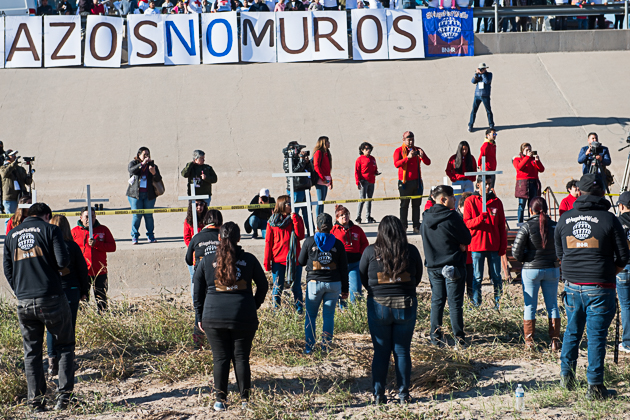 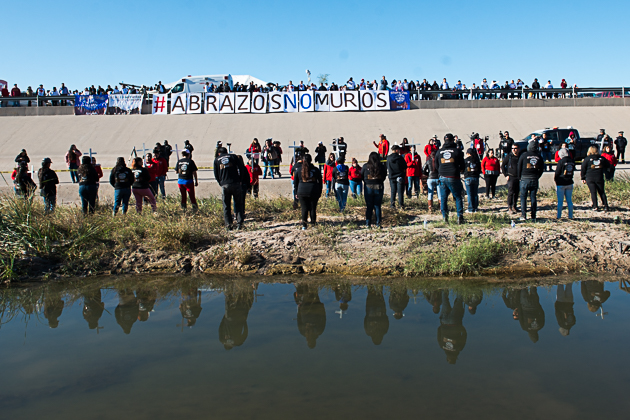 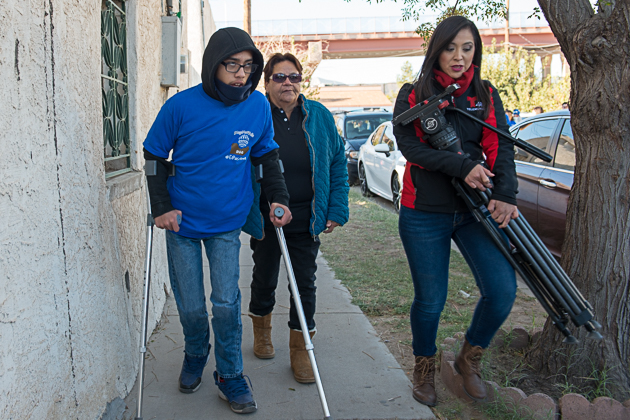 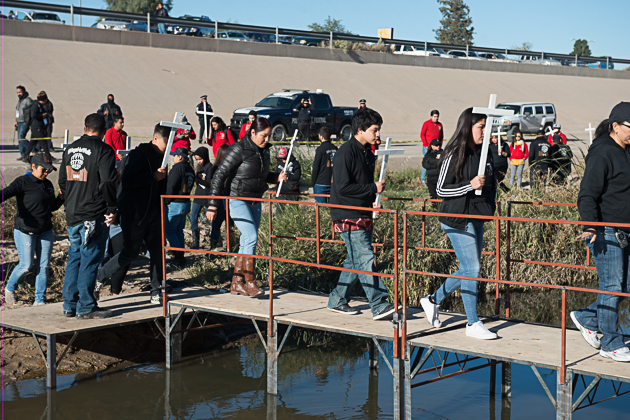 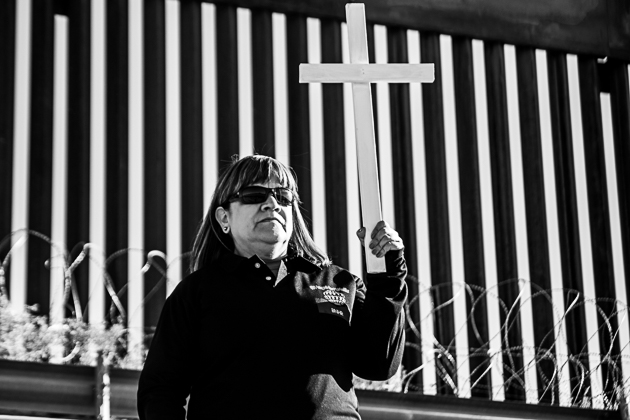 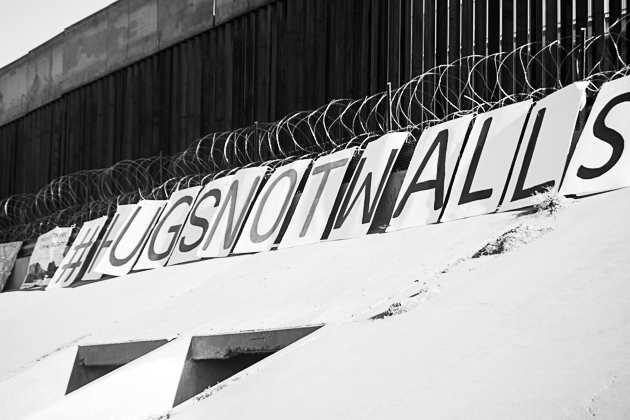 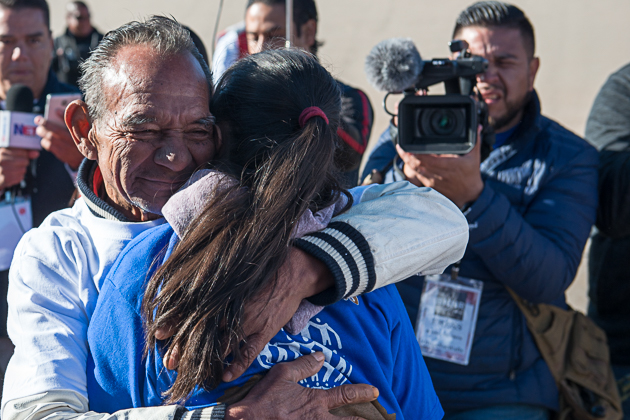 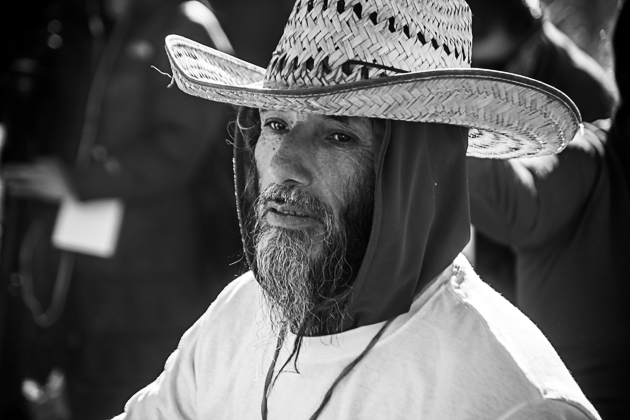 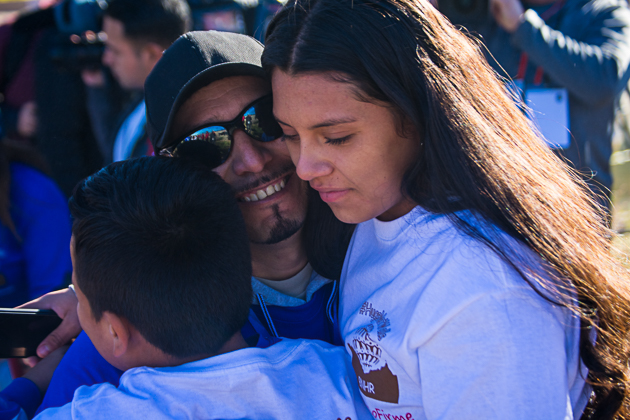 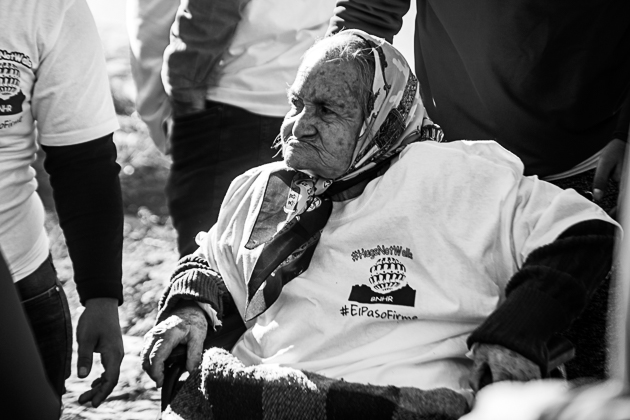 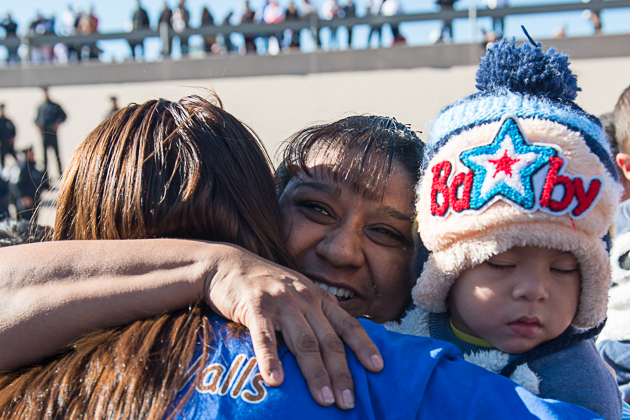 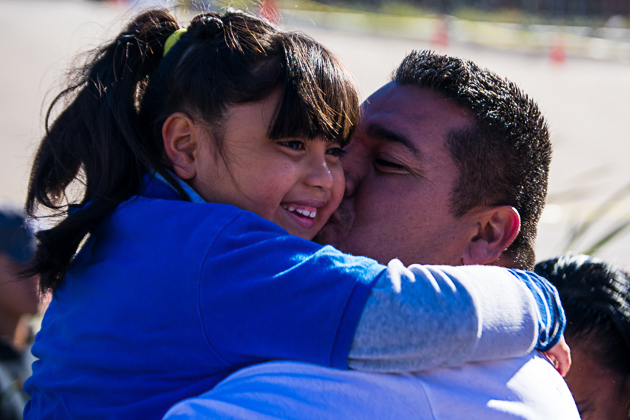 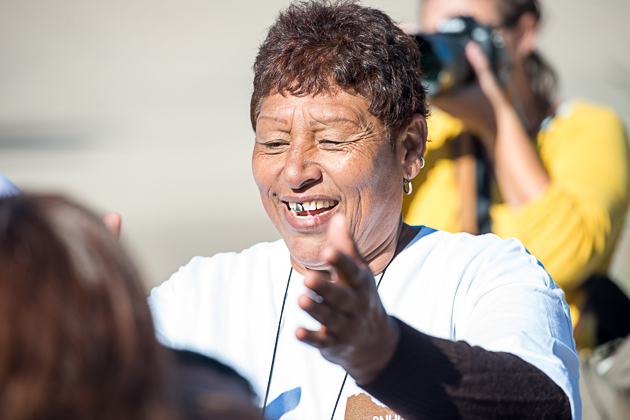 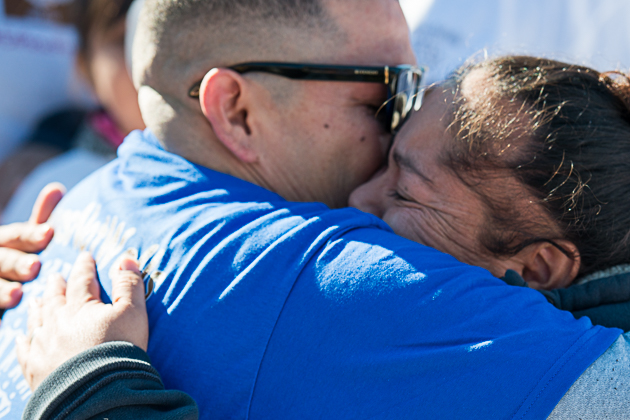 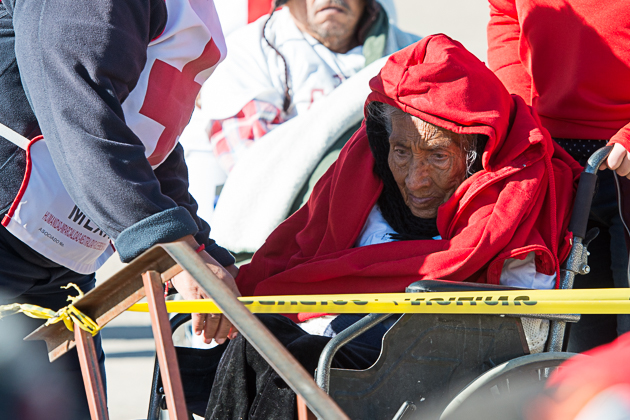 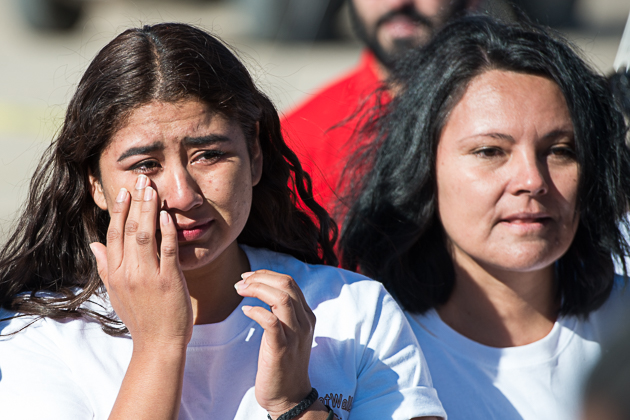 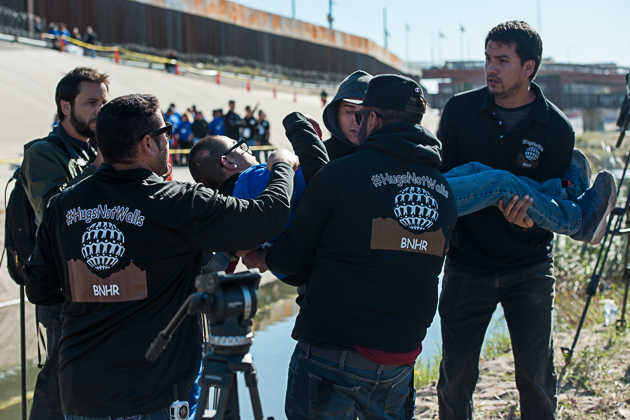 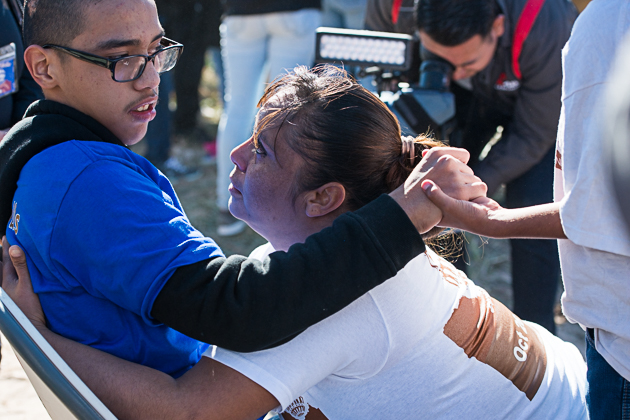 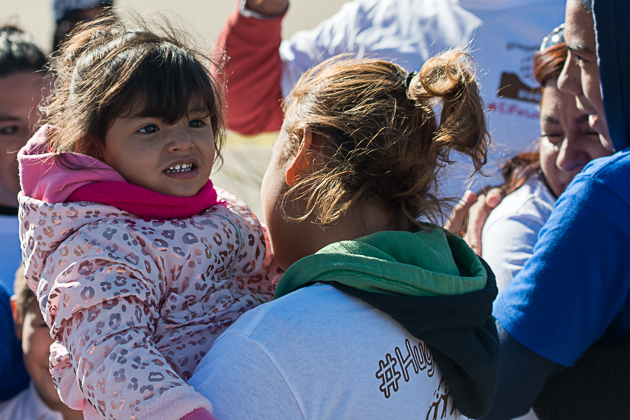 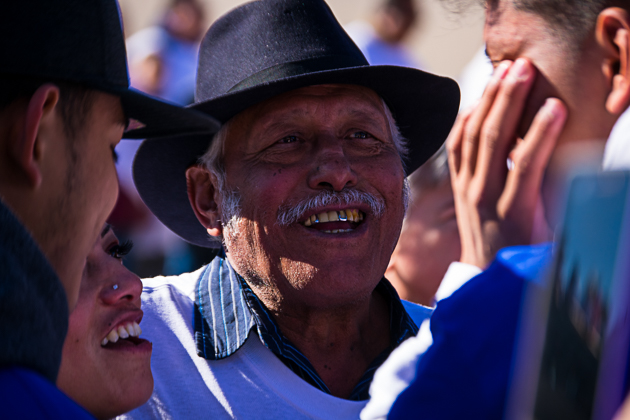 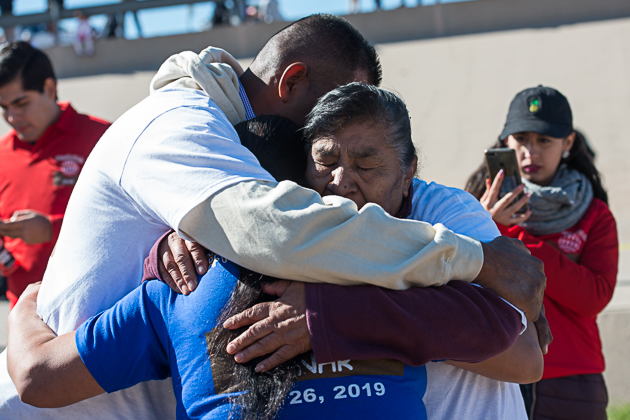 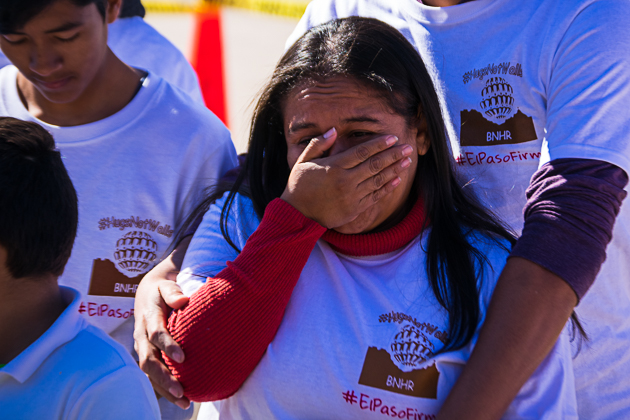 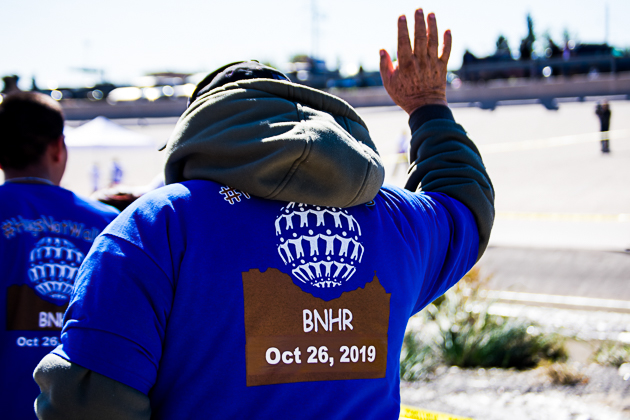 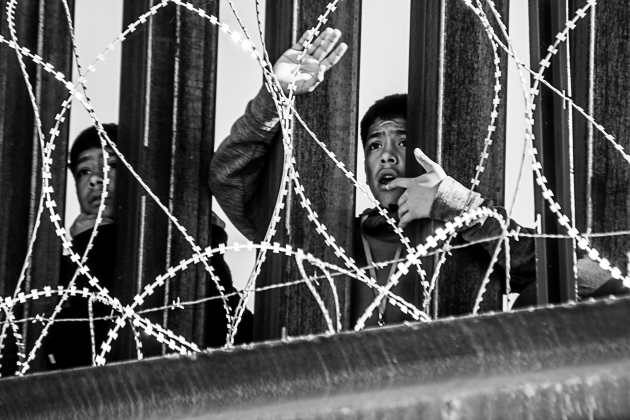 An estimated 3,000 people gathered Saturday morning, Oct. 26, to see Borderland family members and waited their turn along a small strip of damp land just a few feet from the Rio Grande to see their kin who many hadn’t seen in years and hug them for three minutes under the watchful eye of security officials.

Toddlers, children, teens, parents, grandparents and the infirm gathered along the banks of the river that separates El Paso and Juarez to meet during the seventh gathering of Hugs not Walls/Abrazos no Muros, organized by the Border Network for Human Rights.

Many family members live just a few miles apart, but it might as well be worlds apart. In at least one case, a woman saw and hugged her father for the first time in 31 years.

“This event is rooted in love, but also protest,” said Fernando Garcia, BNHR’s executive director. “Our families are in crisis” because so many of them live separated by immigration policies enacted by both the United States and Mexico, he said.

He also blamed a nationalistic fervor and “white supremacy,” referring the shooter who drove 650 miles from Allen, Texas, to kill Hispanics at the Walmart, for the “two years of very aggressive immigration policies.” Among the 21 Hispanics killed in the shooting were Mexican citizens.

More than 300 families braved temperatures that started in the 40s about 6 a.m. at Chihuahuita Park to register for their chance to see family members and finally start meeting about 9:15 a.m. in the middle of the Rio’s concrete culvert near the cities’ downtowns. The gathering was near the Santa Fe bridge and a confluence of railroad tracks from the Burlington Northern Santa Fe Railway.

In a highly organized and methodical way, family members from both countries walked down respective ramps to meet in the middle of the culvert near the reduced-flow river about 40 people at a time and hugged after a spokesman from the Border Network for Human Rights shouted on a loudspeaker: “Familias abrazen” or families hug in English.

For those three minutes, family members exchanged vows, greeted children or grandchildren they’d never met, and took selfies as quickly as they could because time was scarce. After they met and in what seemed like the blink of an eye, a new announcement came over the loudspeaker to separate. Families departed in an orderly way, but often tearfully, and a new lineup of family members from both sides met in the middle.

Families met while the cameras and microphones of some 50 or more international media members recorded their intimate moments, and asked for interviews. Several drone cameras flew overhead.

BNHR security from Ciudad Juarez dressed in red were positioned on the south side of the strip where family members met while security from El Paso were dressed in black. They were separated by about 10 feet of loamy sand.

The event took place with members of the U.S. Border Patrol monitoring the event from the El Paso side while Mexican federal police watched from the Mexican side.

Prior to the family members meeting, 22 women carrying white crosses from the El Paso side met seven people also carrying crosses from the Juarez side in the middle of the river in a solemn moment to start the event.

The El Paso women carried crosses to represent the 22 people killed in the mass shooting Aug. 3 at the Cielo Vista Walmart, and the Juarez women carried crosses to represent the seven children who had died trying to cross into the United States and while in U.S. custody when children were being separated and detained by U.S. immigration officials. There was a minute of silence as the people with crosses met across from each other.

Hugs not Walls ended about 2 p.m. with more than 3,000 people greeting each other.

The event was originally scheduled for May, but the Border Patrol did not approve Hugs not Walls at that time, and it was rescheduled for October, organizers said.