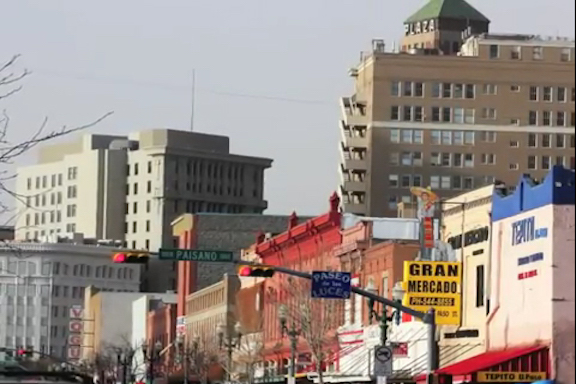 DALLAS — During this year’s legislative session, Fort Worth Mayor Betsy Price was among scores of city leaders who actively opposed yet another series of attempts by state officials to limit how much money local governments collect. But with lawmakers determined to reform the local property tax process, she and other mayors had little luck fighting off what many city officials considered attacks on local control.

By the time the Legislature adjourned in May, lawmakers had passed bills that limit how much property tax revenues local governments can collect without voter approval, prohibit the use of revenue-generating red-light cameras and eliminate some fees telecommunications companies pay to local entities.

“We have actually worked on this for the last three or four sessions, but it really feels like it escalated this session,” Price told The Texas Tribune. “They don’t have a full grasp of cities, our spending and what we do.”

One of the most impactful pieces of legislation is Senate Bill 2, which established that starting next year, cities, counties and other taxing units need voter approval before levying 3.5% more property tax revenue than the previous year. In May, Moody’s published a report warning that the homeowner savings would be minimal “but budgetary impact on governments would be significant.”

But two other laws might also impact local budgets. Cities are already planning to sue the state to stop Senate Bill 1125, which bans cities from charging telecommunications companies a right-of-way fee. And there’s also the ban on red-light cameras, devices that Austin, Dallas, El Paso and Fort Worth were quick to take down after the bill prohibiting them passed.

“Obviously the major problem for us is the 3.5% cap, and we will have to live with that or call for an election,” Price said. But she’s also worried about the other two new laws. “They are a double whammy; we lost over $10 million from the red-light camera ban and the telecommunications fee,” she said.

This is what Fort Worth and other cities are considering as they prepare their new budgets and get ready for the new property tax collection cap that goes into effect next year.

In the state capital, the city government is projecting a budget shortfall of $52.6 million by 2023-24, due to property tax reform. To get a reference, the general fund budget for the 2018 fiscal year was $1 billion. But city officials still say that the tax reform will be felt.

“The 3.5% cap will make it more difficult for the city to fund the priorities of the Austin community,” said Ed Van Eenoo, deputy chief financial officer for the city’s budget office. “It will make it harder for us to hire additional police, fire and other personnel as the city continues to grow, and tougher to absorb annual cost increases in wages, rents and insurance premiums.”

In terms of the telecommunications franchise fee, Austin expects to see a reduction of $4 million in revenue next year and $5.6 million each year after that.

Finally, it is not clear yet how much the ban on red-light cameras will affect the city’s budget, but most of the revenue coming from the devices doesn’t end up in the hands of the city. In the 2018 fiscal year, Austin ended up getting $83,698 of the $777,516 collected. The city’s share was used for street safety projects. Seventy-eight percent of the revenue went to the lease and operation of the equipment and the state comptroller took a cut of $83,698.

Although the city’s contract with a vendor was supposed to last until 2023, the city stopped issuing tickets June 1.

According to the latest budget overview presented to the City Council last month, if SB 2’s property tax reform had been in effect in September 2018, Dallas would have needed $25.1 million more in revenue or expense reductions to balance its budget for this year.

In the same presentation, city officials said the loss of the telecommunications franchise fee will cost $6.6 million next year and $9 million for the 2021 fiscal year. While that sounds small considering the city has about a $3.6 billion budget, Dallas needs the money to fund already approved raises for police and firefighters, which will create $5.3 million in new expenses next year, according to The Dallas Morning News.

The ban on red-light cameras will force another $1 million loss this year. For next year, the loss is estimated to be $2.4 million.

The border city’s officials estimate that if property tax reform had been in place this year, it would have cost $7 million. To put that in context, El Paso’s general fund for 2019 was $428.6 million.

Before the new legislation passed, the city collected about $3.8 million from the telecommunications franchise fee, according to a city spokesperson. Officials estimate the new law will cost them about $2.7 million.

Finally, El Paso’s red-light cameras used to bring in about $1 million, but only half of that would stay in the city to pay for administrative costs and street safety measures. The rest would go to the state. The cameras were turned off June 2, though people fined before that are still required to pay their fees.

El Paso estimated the total cost of all these reforms is $10.2 million, an amount that could fund 170 police officers, the entire library system, or the entire public health and museum departments of the city.

If the property tax reform bill had been in effect this year, the city would have forgone $4.5 million, according to officials’ assessment. To put this in context, the general fund budget is more than $731 million.

This year, Fort Worth collected $6.3 million in cable franchise fees and $7 million in telephone fees. The city projects a loss of $4 million based on the new telecommunications franchise fee law.

The ban on red-light cameras will cost an estimated $4 million, typically used for traffic safety. All of the cameras were disconnected after the signing of the bill.

In the last four years, Houston’s property tax revenue increase has averaged 2.48% annually, and officials say that the new mandated cap is unlikely to affect the city. Houston has had a voter-approved cap since 2006, which relies on a formula that factors in population change and the consumer price index. If SB 2’s property tax reform measures had been applied previously, it would have affected Houston only in two of the last five years.

With the telecommunications franchise fee, on the other hand, the city stands to lose between $17 and $27 million each year. Officials argue the law violates the Texas Constitution, which “expressly prohibits public property from use by private entities for less than market value,” according to a statement.

The ban on red-light cameras won’t impact Houston. City officials got rid of their cameras in 2011, after a voter referendum banned them.

According to Jeff Coyle, San Antonio’s director of government and public affairs, if the property tax reform cap had existed in the last decade, it would have cost the city $81 million.

“The current year, our general fund revenue would have been $37 million smaller than it is,” Coyle said. To put that in context, for fiscal year 2019, the general fund was $1.26 billion. San Antonio has not raised its property tax rate in 27 years.

The telecommunications franchise fee law will cost the city around $7.3 million.

But, like Houston, San Antonio doesn’t have to worry about the ban on red-light cameras; the city didn’t use the devices.

Carla Astudillo contributed to this story.

This article originally appeared in The Texas Tribune at https://www.texastribune.org/2019/07/18/houston-dallas-and-other-big-texas-cities-see-budget-hit-after-session/.

This article was first published by The Texas Tribune, a nonprofit, nonpartisan media organization that informs Texans — and engages with them — about public policy, politics, government and statewide issues