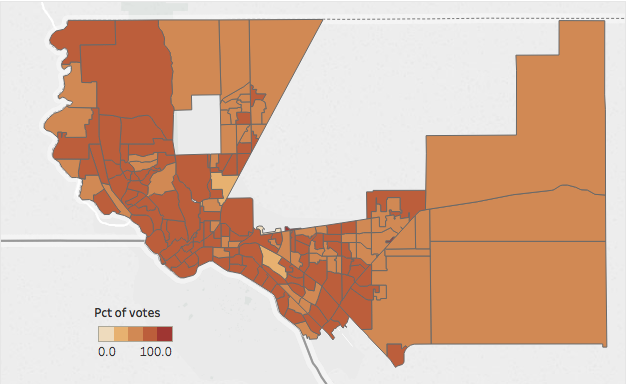 Escobar showed strength across all of the El Paso-based district, winning a clear majority of votes in all but a handful of precincts.

In the November general election, she will face Rick Seeberger, who defeated Alia Garcia-Ureste by a 69 percent to 31 percent margin in the Republican primary. The winner in November will take the seat now held by Rep. Beto O’Rourke, who is challenging incumbent Ted Cruz for a Senate seat.

For more than five decades, winning the Democratic primary has been tantamount to winning election to Congress in El Paso. Ed Foreman in 1962 was the only Republican in history to win an El Paso-based House seat.

Browse our interactive breakdowns of voting by precinct, according to data provided by the El Paso County Elections Department.