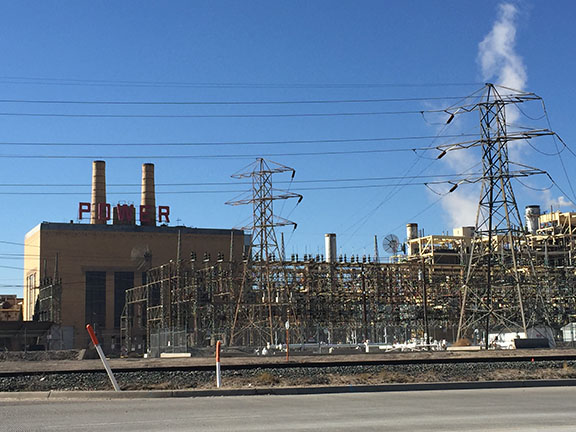 EL PASO — Ramon Garcia, 55, lives on a fixed disability income and he never really thought much about electricity, until the El Paso Electric Company announced that it will raise his monthly power cost by $8.41.

“The thing about the Electric Company, you can’t go anywhere else it not like the cell phones. It’s them or nobody else,” Garcia said. “You can scream and holler all you want but it won’t do you any good, unless the whole city raises hell, which I doubt.“

Dissatisfied and frustrated with the increase the electric company is asking for, Garcia understands there is not much that can be done, given that El Paso Electric is a monopoly.

Alex Ochoa, an electrician in his early 40’s, has the same worries. Ochoa lost the use of his legs in a workplace accident and he has a similar problem — trying to stretch a fixed monthly disability income to cover his basic expenses.

“I get one income a month and I don’t get another check until the third of the month,” Ochoa said. Consumers use electric power everyday without thinking much about it until the price goes up. Dissatisfied and frustrated with the increase the electric company is asking for, both men say they feel powerless.

Granted that $8 more a month won’t break most people’s budgets, but when the consumer realizes that the cost eventually will mount up to an extra $100 a year, the truth hits home — a lot of people will feel the pinch. Retirees, the disabled, college students alike have one thing in common, fixed incomes.

Garcia is right, if you want your lights on in El Paso, you have to go to El Paso Electric, or build your own generator.

According to El Paso Electric, it currently charges only 59 cents for every dollar of electricity it provides its customers. In order for the company to remain above water after a $1.3 billion dollar investment in 2013 to upgrade the safety and environmental aspects of production, it says that it must increase rates. As a regulated monopoly, the electric company cannot raise rates by more than 10 percent above current rate.

Though Ochoa and Garcia may be complain about the increase, El Paso electric has taken steps to ensure transparency as the company threads through these delicate times.

Eduardo Gutierrez, vice president of external and public affairs, said the last time El Paso Electric increased rates adequate public information was not released in time and customers were surprised when they opened their bills.

“We increased our rates back in 1995, and we didn’t do a very good job at telling the people of the city. We learned that we need to take time to let people know about this change with a good amount of time. That’s why we are doing all those annoying commercials people don’t like a year before we increase the rate,” Gutierrez said.

The company has now started a marketing campaign to give customers a notice on the increase almost a full year in advance.

“We know that nobody wants to pay more, but in order to prevent this company from going into bankruptcy we have to raise our rates,” Gutierrez said.

Though the electric company says the increase is merited and is necessary to help ensure clean energy for the city, many are still unhappy with the increase.

Ochoa isn’t happy about the adjustments that will need to be made to accommodate the increase into his budget.

Both Garcia and Ochoa say they earn just enough to disqualify them from relief programs, but not enough to keep up with many of their expenses.

For them, every penny counts and there’s not much more they can do but “watch your budget, limit your spending,“ Garcia said.

Juan Carlos Navarrete is a Multimedia Journalism major at UTEP