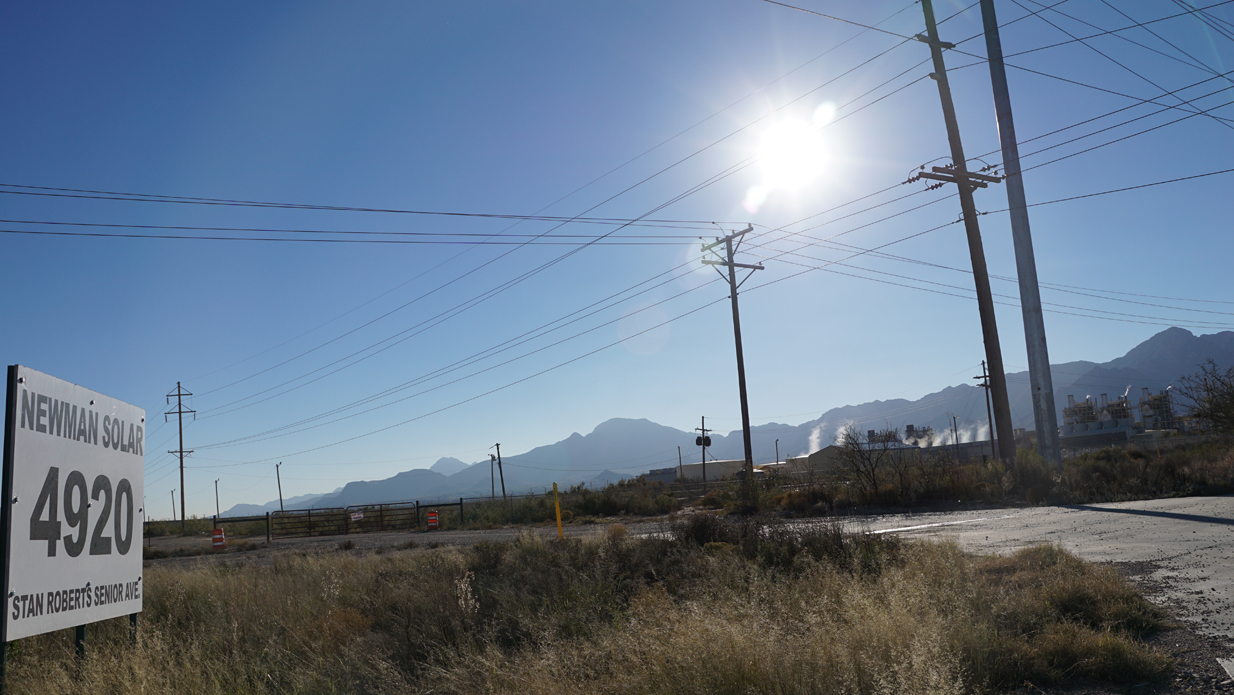 EL PASO — As the world heats up and the threat of rising sea levels becomes more pressing, unconcerned humans continue to pump dangerous levels of greenhouse gasses into our fragile atmosphere, putting 7.3 billion people at risk of extinction.

But some El Paso officials are determined to reduce carbon emissions here and improve the quality of life for all who live in the Sun City.

The Office of Resilience and Sustainability was created in 2007 to develop sustainability goals for the city and to plan initiatives that support the entire community while helping to reduce the carbon footprint created by day to day living.

“The resilience initiative looks at things through different lenses,” said Nicole Ferrini, Chief Resilience officer for the City of El Paso. “We are looking at the energy question with a triple bottom line: people, planet and profit.”

All procedures city-wide must follow strict guidelines defined in the “Livable City Sustainability Plan” to address the environmental, economic and social impact of future policies and programs.

There are a few programs that are making progress in the city that adhere to these principles and also help to improve the quality of life for all El Pasoans. One of the programs that stands out is Plan El Paso. Between 2008 and 2010, Plan El Paso was created to find and plan ways to improve city infrastructure and to enforce the rules defined by the city government.

In 1925, when El Paso developed its first comprehensive plan, the emphasis was on the importance of mobility, convenience, recreation and comfort to create an attractive urban setting that made the lives of its citizens happier and easier.

“This plan is just as relevant today as it was in the early years,” said Carlos Gallinar, Deputy Director of Planning for the city. “Back then, the city was much smaller, but the objectives are the same.”

Today, however, we have to think a lot more about conservation of resources and environmental impact. These were not a very big issue in the twenties. So, how does a city fight climate change?

El Paso has been working to make it easier for people to get around without having to drive a vehicle. Making city streets and sidewalks more pedestrian friendly and promoting alternate transportation such as, bicycles, public transport as well as walking are all becoming a reality.

“For those of us who want a different option, a different type of lifestyle, it’s not for everyone, but those who want it — why not provide it for them?” Gallinar said.

The city bus system has been improving and growing. All city buses now use clean natural gas to reduce emissions and the addition of the Brio buses have made it faster for people to get around with direct routes.

The newly opened Bike Share program gives citizens the option to park their car and rent a bike from the city at various locations near downtown and UTEP. This also helps to reduce emissions and creates a revenue stream for the city.

Zoning laws have been changing to meet the needs of the comprehensive plan and to promote a sustainable future. According to Gallinar,”The addition of localized businesses closer to housing areas and the ability to walk to destinations helps the overall health of citizens and is becoming far more relevant.”

El Paso Government recently approved the re-introduction of the El Paso Trolley system that was used from 1950 to the mid-1970s. The $97 million transit program begins track construction in January with the first route to open in 2018.

What about Renewable Energy?

Renewable resources must be used to generate clean and cost-effective alternatives to become a recognized city for research, development, manufacturing and power generation.

Alternative energy sources, such as solar and wind, are being explored by the city. Some city buildings have been equipped with solar panels, but full integration is still only a future venture. Private solar companies have made their way to the Sun City in recent years, including Solar City that was co-founded by Elon Musk of Tesla Motors and Space X fame.

El Paso Electric has a solar incentive plan, but in recent months has come under scrutiny because of a proposed rate hike for owners of solar panels. The city is set to vote on the rate case before the end of the year.

“Solar industry companies that are vested in El Paso are the kind of investment that is necessary to push our community forward,” Ferrini said. “I think that public entities should be doing all they can to support and encourage that industry.”