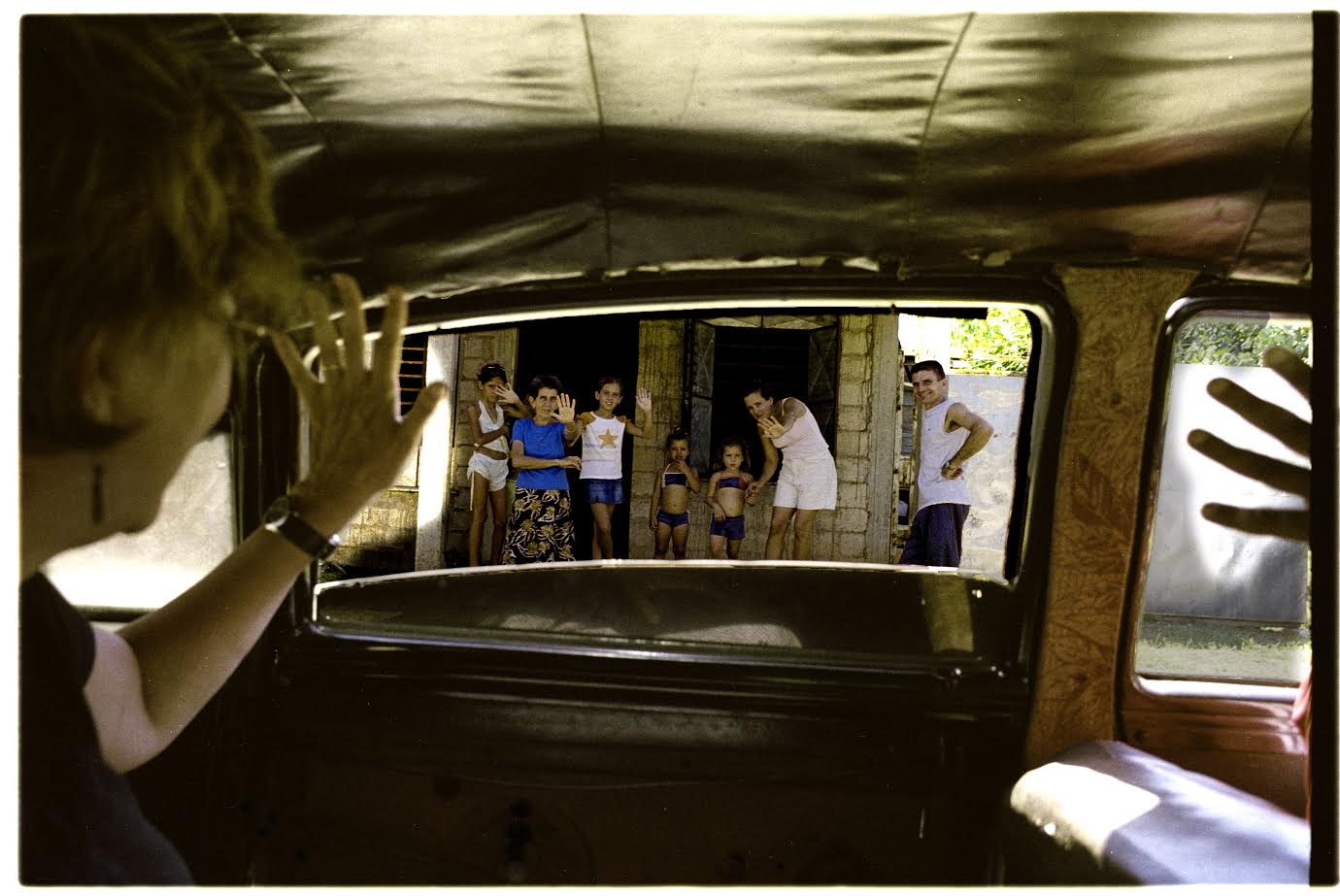 I blinked in disbelief when the message that the U.S. was restoring full diplomatic relations with Cuba flashed across the top of my iPhone screen. How do more than five decades of Cold War strife between Cuba, my native country, and the U.S., my adopted one, come crashing down with a headline flash on a sunny midweek December morning?

At first I was doubtful it was true but after listening to simultaneous announcements by Obama in Washington and Raul Castro in Havana, the impact of what I had heard hit me and I began to sob. They were tears of joy at the good news and long suppressed grief over a homeland lost in time and memory when I was four and my penniless guajiro parents immigrated to Florida in search of una vida mejor, a better life, a tired cliché but true nonetheless.

I imagine most Cuban exiles residing in the U.S. and throughout the world –the so called Cuban Diaspora ­– felt similar mixed emotions when they learned that se acabó lo que se daba, the party’s over, after five decades of U.S.-Cuba enmity. Here’s another cliché that’s also true: The pain that comes from losing one’s country, whatever the reason for leaving, remains embedded in the psyche like a beloved pair of torn jeans that we keep stashed inside a drawer and refuse to throw away.  Given a certain set of circumstances, such as the renewing of relations between enemy countries, the buried pain reemerges with the fury of a tropical hurricane as it did for many of us this week.

Like most other immigrants to this country, my family prospered in Florida. Dad, a guajiro poet and 8th child of Spanish-born tenant farmers who immigrated to Guira de Melena, Cuba from the Canary Islands in the late 19th century, passed his English test and became a licensed master plumber; Mom, a daughter of a rural constable in Guira and the nearby town of Gabriel, sewed pant seams and rolled cigars in West Tampa factories.

By their mid 30’s, they owned a Chevy sedan and a first home, a tin-roofed, wood frame bungalow in the Italian, African-American and Cuban enclave of West Tampa.  The mortgage was $50 a month and my thrifty, diligent parents paid it off in five years.

Like Plymouth Rock pilgrims who cleared the Northeastern forests for churches, homes and farms, my working class parents forged their path step by step through the red-brick-lined streets of their palm-dotted immigrant barrio toward a futuro that included higher education and respectable professions for their three daughters. Despite his success in the U.S. and one short visit in the 1970’s to see his brothers and sisters, Dad vowed never again to return to Cuba until Fidel Castro was gone. Fidel, as it turns out, outlived Dad who died two years ago at age 85. I wonder what the gentle sinsonte de Guira, the mockingbird of Guira as his friends called the country troubadour in youth, would have to say about the renewed ties with his birth country.

My guess is that he would have liked parts of the wide-ranging accord that will strengthen family ties, make it easier for both sides to travel and for exiles to send money to help family members in Cuba buy needed food, medicine and building materials to repair their decrepit homes. He probably would not approve of the restoration of full diplomatic relations between our countries, the idea of reciprocal embassies, or the major banking, economic, communication and technological perks the U.S. is offering Cuba.

He would be concerned about Cuba’s continuing human rights violations, the plight of political prisoners and lack of democracy in a one-party system.  He would probably oppose the lifting of the embargo until Cuba makes significant progress on these key issues.

I, on the other hand, am an early believer that lifting the embargo is the right thing for the U.S. to do, a radical position that in the past (along with my praise for the revolution in its early glory days) has landed me in trouble with my hard-line U.S. relatives. I am convinced that lifting sanctions will make life easier for ordinary Cubans and deprive Cuba of the U.S. as a convenient scapegoat for its economic troubles.

But the changes won’t come swiftly and they won’t be implemented without conflict.

As expected, within hours of the bi-national worldwide announcement, Cuban-American U.S. Senator Marco Rubio, R-Fla., appeared on Fox News vowing to fight the lifting of the embargo in Congress.

“It’s absurd and it’s part of a long record of coddling dictators and tyrants,” said

Rubio, a possible Republican candidate for president in 2016, who also sits on the powerful Senate Foreign Relations Committee. Rubio went on to accuse Obama of “constantly giving away unilateral concessions… in exchange for nothing.”

Soon after, other Cuban-American legislators voiced similar reservations about the deal and opposed lifting economic sanctions. Two other presumed candidates for president, Senator Ted Cruz of Texas and former Gov. Jeb Bush of Florida, weighed in along the same lines.

As far as I can tell, the wishes of the Cuban-American electorate don’t seem to have been part of the historic deal reached after 18 months of secret negotiations shepherded by Pope Francis and the Canadian government. And it is becoming clearer that the majority of the 1 million Cubans living in the U.S. no longer hold a hard line when it comes to relations with Cuba.  The hardliners who fled the island in the 60’s are aging or dead like my father. Their U.S.-born or bred children like me tend to hold more moderate views toward Cuba, and a good number are in favor of lifting sanctions.

But I fear this still fresh rapprochement could be derailed by the reality that the Cubans who won the ‘59 Revolution and stayed home and those who fled the Communist system are still fighting over money, power and ideology.

How do you change overnight a decades-long political narrative based on the concept of winners and losers, good guys and bad guys?  To this day, the story line on the island is  “comunismo sí, capitalismo no,” reflected this week when jubilant crowds in Havana welcomed back as heroes three Cuban spies released by the U.S.

On the other hand, the exiles that fled, leaving family, their homes and possessions, hold a similarly rigid position.  They seek nothing less than a “Cuba libre,” meaning no Castro brothers or Communism on the island. There appears to be little if any middle ground for the diehards on both sides of the Caribbean Sea.

This stubborn intransigence has had serious consequences within the U.S. and Cuba, including paranoiac suspicion, major and minor conspiracies and plenty of name-calling. An example is when the departing exiles were called first gusanos, worms, then later escoria, sewage, during the Mariel boatlift. Cubans who embraced Communism were called perros, dogs, or worse, by the other side.

With or without tacit U.S. participation and encouragement, this family feud has produced horrific results on both shores through airline bombings and hijackings, spying, defections, arrests, and attempted assassinations.  A sore point for both Cubans and exiles is the U.S. supported and funded 1961 Bay of Pigs Invasion when President Kenney at the last minute refused to provide air cover for the invading exiles, leading to deaths on the beaches and imprisonment on the island for the survivors. Cuba too lost soldiers on the battlefield at Playa Girón. Zita Arocha lecturing on American journalism in 2006 to students at the University of Havana. Photo by David Smith-Soto, Borderzine.com

The Cuban Missile Crisis of 1962 that brought the U.S. and the Soviet Union to the brink of nuclear holocaust was the deepest wound of the Cold War and it still reaches out beyond the grave. How can the U.S. and Cuba shroud this list of horrors with peace smoke rising from a Cuban cigar?Despite all this, I am, curiously and cautiously optimistic about the renewed relationship of cooperation between the longtime foes, hoping that the renewal of full diplomatic relations may finally heal the rift between los de aquí y los de allá.  There is sure to be haggling over the finer points of the agreement, even some non-negotiable items from both sides like the unilateral lifting of the embargo and the release of all political prisoners held on the island.

But my great hope is that this hard-won truce will be the catalyst for both sides to finally surrender their antiquated storylines, make up and give peace a chance.  If the South Africans were able to reconcile after apartheid, so can my Cuban relatives.

It is a good dream to hold as a new year dawns.

As my compañeros on the island and my compatriotas in the U.S. like to say: veremos, we’ll see.

2 thoughts on “U.S.-Cuba peace pact: Enemies, a Love Story, to be continued …”