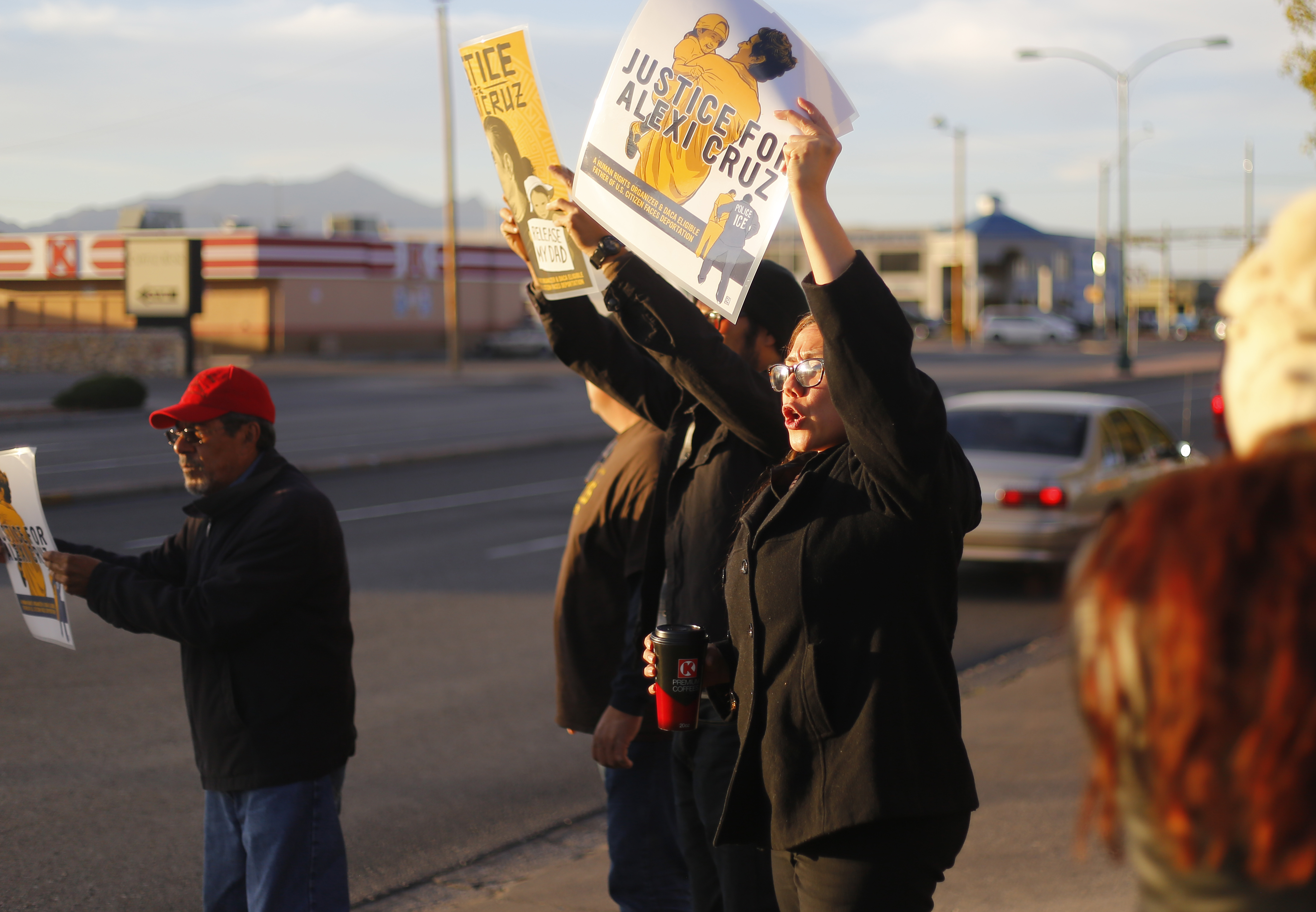 El Paso – Alexi Cruz may not have realized he had friends in this border community until he was on the verge of being deported.

Cruz, 24, an undocumented immigrant from Mexico who has lived in the U.S. since he was 14 years old, was detained in early November by Immigration and Customs Enforcement (ICE) after his car broke down on the way to Arizona.

He was on his way from his home in San Antonio to see his mother in Arizona because authorities had apprehended his sister. His wife, Anayanse Garza, said that Cruz sought help after his car broke down in New Mexico near the Arizona border and was questioned by law enforcement officers about his residential status. The Border Patrol was called to pick him up.

Immigration advocates said authorities in Lordsburg, N.M., racially profiled Cruz and were wrong to begin the process to deport him because he is eligible for deferred action designation with Homeland Security. The Refugee and Immigrant Center for Education and Legal Services, who is handling Cruz’s case, said Cruz had a clean record and cited the 2012 U.S. policy that “certain young people who were brought to the United States as young children, do not present a risk to national security or public safety, and meet several key criteria will be considered for relief from removalfrom the country or from entering into removal proceedings.”

After Cruz was detained, Garza contacted La Mujer Obrera, a border women’s advocacy group and other human rights activists to support the release of her husband. Cemelli de Aztlan was among the group of of protestors who marched on Nov. 12 from the Homeland Security building on Hawkins down the street to the detention center where Cruz had been held for a week. Members of Danza Azteca Mexi’cayot joined the protest and performed in honor of Cruz’s heritage. Cruz said he was a descendant of the Yaqui indigenous tribe in Mexico and asked that a prayer be made while he was in detention.

“We brought prayers into the air and the ground and in all directions in support of Alexi,” de Aztlan said. “But, more so as he requested for all migrants detained at the moment. This is an issue that highlights that our immigration system is broken.”

Garza, said Cruz teaches English and has long been an activist for immigrant rights. The couple had just launched a magazine called “Tu San Antonio,” but Garza said that boxes of magazines were still stacked in their home because Cruz was not there to help distribute them.

Cruz was released after the protest and after a letter was sent by U.S. Rep. Loyd Doggett (D-TX) urging Immigration and Customs Enforcement to let him go.

When released, Cruz said he was upset that he had to be away from his 3-year-old daughter for so long and shared his thoughts about being detained and the immigration system.

“This is my case and inside there are a lot of cases like mine. I don’t know why they have to separate families,” he said. “I don’t believe in borders, for me all people are the same.”

Cruz was then taken to the bus station to return to his family and home in San Antonio.

Multimedia journalist Aaron J. Montes works for Voices of NY as a social media consultant. He previously interned with NBC's local owned TV stations working on the national desk at Rockefeller Center in New York. He also worked as a social media manager and consultant as a college assistant at the CUNY Graduate School of Journalism. He is a former city editor of Borderzine.com, a bilingual online news magazine at UT El Paso. He worked as a photo editor and multimedia editor for The Prospector, UT El Paso's daily newspaper from spring 2012 to fall 2013. In the spring of 2014, Montes trained with Charlie Ericksen as a reporter for Hispanic Link News Service as part of a Scripps Howard Semester in Washington. He also was a reporter intern for Newspaper Tree, a non-profit news outlet in El Paso, TX, summer 2014. He won 11 awards in the 2014 Texas Intercollegiate Press Association contest, including one first place award for Cover Design.