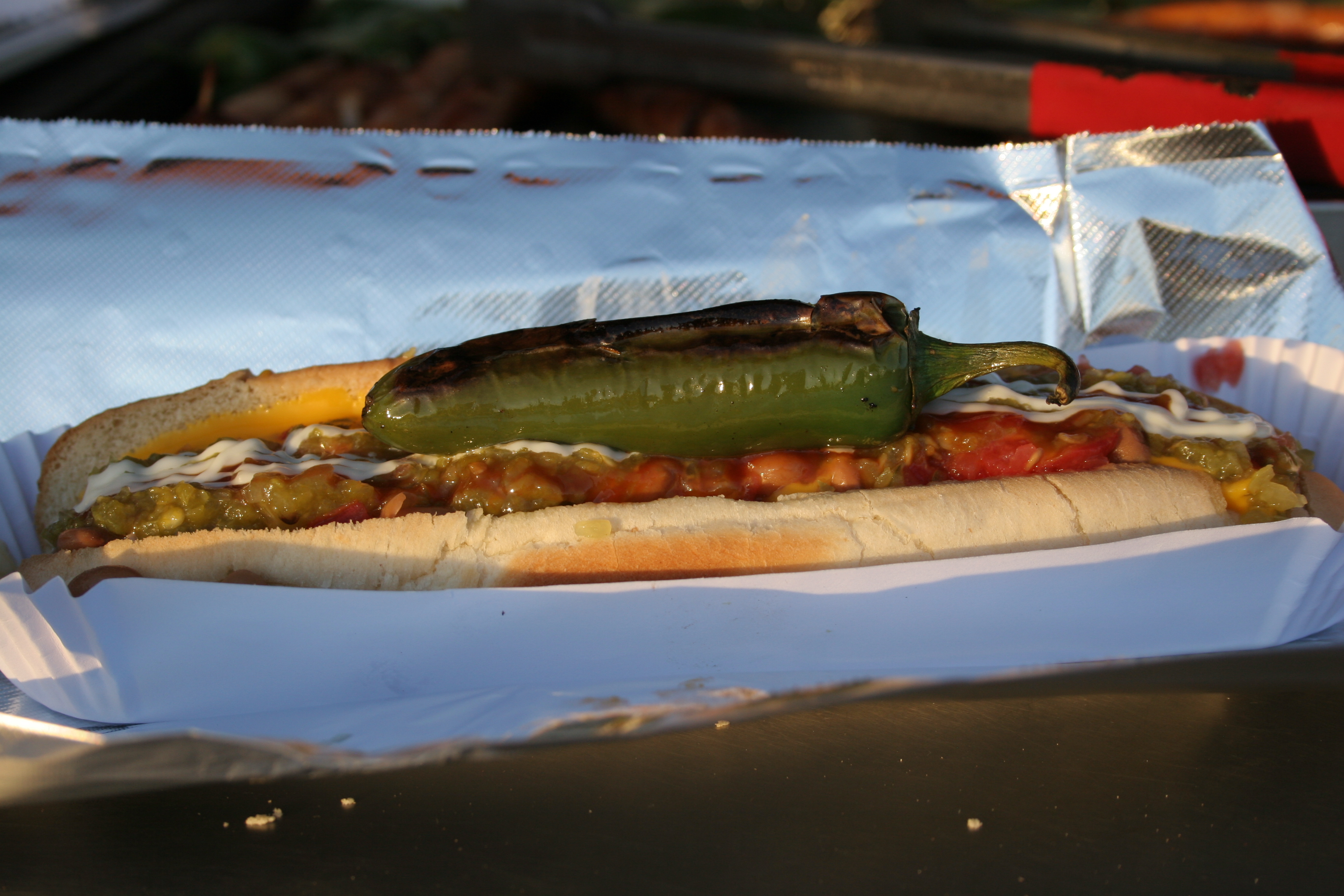 EL PASO — A hungry motorist driving on the desert highway on the east side of this border city could suddenly come up on Jesus Ramos’ El Vaquero food truck, stop and enjoy an “elotes,” a corn concoction that has its origins in old Mexico.

“I have been in the food truck business for 30 years,” said Ramos, who specializes in serving the elotes, a mix of corn, butter, cheese and chile in a styrofoam cup. “I began in Mexico, and have only recently been in El Paso for three years. I sell 300 elotes a day at $3 to $5 each and to me it’s well worth the work of owning a food truck.”

Opening a mobile restaurant or food truck is not an easy task. Certain rules and regulations need to be met and money needs to be spent. Yet, while the process may prove to be difficult at times, it has proven to be a viable,booming industry. People sit and enjoy the burritos, tacos and carne asada that Los Carnalitos has to offer on Zaragoza,

With food trucks for every palette and diverse menus, customers enjoy the ability to eat out without having it cost them much. For some vendors the trucks are their only source of income, while for others it is done for the enjoyment of pleasing their customers.

There were 365 trucks feeding customers throughout the city In 2012. Food truck licenses here have increased by 125 since then. The trucks serve a varied cuisine that reflects the culture of the El Paso/Juarez region.

Recently, gourmet trucks have taken a parking spot next to the more traditional lunch and wagons that have long been the mainstay for shift workers. A sampling of trucks and menus read like an Iron Chef cook-off:

Being a food truck owner takes time, commitment and money. Before starting operation, vendors need to acquire a food handler’s card and permit that costs more than $300. Certain rules and regulations need to be met in regards to food preparation, equipment, establishment and location.

Food is not allowed to be prepared at the vendor’s place of residence and must be kept at certain temperatures. Equipment must be used and located in a way that does not cause food contamination. The establishment must follow certain regulations regarding lighting, permit displays and adequate ventilation.

Mobile trucks are allowed to park on any public street given that the area is not within 20 feet of an intersection, does not obstruct a pedestrian crosswalk and the area is not prohibited to the stopping, standing or parking of mobile food vendor vehicles.

Vendors say that once they cleared all the regulatory hurdles, they do make a good profit, although they would not say how much. When business is running slow, some said they rely on catering to pay their everyday living expenses. Others have regular 9-to-5 jobs as well. On a daily basis, many people wait in line for hot dogs from El Doggie. Jerry Venegas works 8 to 5 at his regular job, then works from 6 p.m. until no more customers show up at his mobile food truck, El Doggie. Venegas parks his food at a strip mall at the corner of Edgemere and Rich Beem and serves every day except Sundays.

“It’s a lot of work but I love what I do, people love my hot dogs and that makes it all worth it,” Venegas said.

In 2009, the city of El Paso tried to implement an ordinance preventing food trucks from operating within 1,000 feet of a restaurant. The Institute for Justice fought against the City of El Paso on behalf of four mobile food vendors with a federal lawsuit, claiming the ordinance violated the vendors’ Constitutional right to earn a living free from “unreasonable and arbitrary government interference.” The city dropped the ordinance.

Now, on a daily basis you will see mobile truck food vendors on Zaragoza, downtown El Paso and the Horizon City area. There is also a group named The Food Truck Circus consisting of four or more gourmet food trucks traveling throughout the city.

Gabe Padila, better known as the ringmaster of the Food Truck Circus, said he created the coalition in late August because El Paso lacked food truck parks, which exist in other cities. Foodville, in Downtown El Paso is the only dedicated food truck court in El Paso thus far.

“Since we are mobile vendors, we are always shuffling around,” Padilla said. “For the most part, we are at the Discount Tire on Hondo Pass on Wednesday nights, Evolve FCU on Tierra Este and Edgemere on Thursday nights and EP Fitness on Saul Kleinfeld and Montwood on Friday nights.”