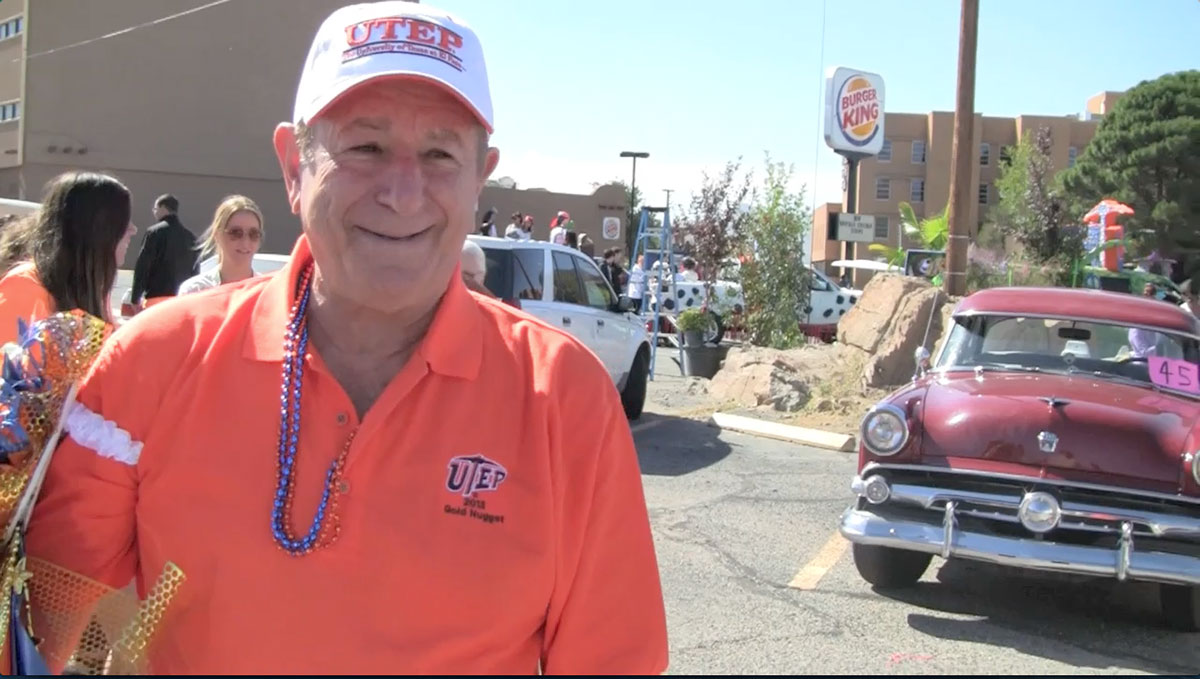 EL PASO – With downtown in the throes of redevelopment, entrepreneurs are more motivated to stay here instead of taking their business elsewhere, but Ray Malooly credits his success with staying in the Sun City.

Malooly was born and raised here and after graduating from UTEP he became a prominent real estate and investment CEO. A graduate of Austin High School, he attended UTEP in the late 1950s when the university was known as Texas Western College. He had originally set his sights on becoming a doctor but instead decided on a business career.

Malooly’s success garnered him UTEP’s 2013 Gold Nugget Award, which he received during UTEP’s 99th homecoming celebration in October. He credits his success to living in El Paso, his family, and his education.

“I was very determined to become a doctor but when I volunteered at Providence Hospital and they drew blood, I fainted,” Malooly said. “I never realized that I was so sensitive to the sight of blood, so it was at that point that I knew I would need to find a dream to go after.” Realizing medicine was not for him, Malooly turned to the College of Liberal Arts to pursue a degree in history and English. However, a job at his brother’s furniture store ultimately led his career in a different direction.

“Education and a strong work ethic is something that has been passed down from my parents,” he said. “During college, I attended classes daily from 7 a.m. to 2 p.m., then headed downtown to my brother’s store to sell furniture until the last customer left.”

Earning $1,100 a week as a furniture salesman, Malooly paid for his own college tuition.

“I was making more than most people made at my age, so I didn’t see the need to ask my parents to pay for my tuition. I was able to, and I wanted to,” he said. “In the end I think it also made me appreciate my education that much more because I was invested in it willingly and financially.”

Developing an understanding of finances at an early age, his family roots and true talents led him to the business world.

“Through my sociology and psychology classes, I learned how to converse and understand people. In my business classes, I studied the economics of supply and demand, and the importance of learning every aspect of your product, as well as how to market it to the public,” Malooly said.

After a degree change and several business ventures with his parents and four siblings, Malooly now owns a real estate and investment company, which includes the historic Mills-White House Building and Cortez Building in downtown El Paso. He is currently the founder and CEO of Malooly Corp. and its subsidiaries, specializing in commercial lending, real estate, and investments.

Every business adventure may have come with some doubt but for Malooly there was never any doubts about staying in El Paso.

“It was never a question whether I would stay in El Paso,” Malooly said. “I love this city and I know how to communicate with its residents. My proximity to my business has allowed me to be a part of the everyday process.”

“My surroundings is what made me into the man I am today, and I could never imagine leaving this beautiful city.”

Reflecting on his life, Malooly still expresses surprise at how successful he has been in the business world.

“The funny thing is my father always told me that out of his five sons he could tell that I was the businessman in the family.”