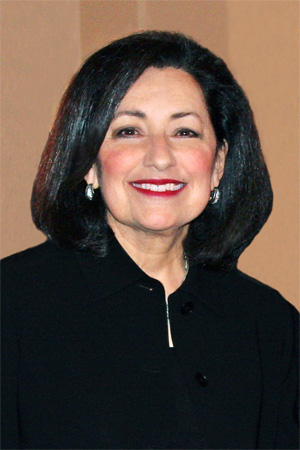 EL PASO – When University of Texas at El Paso alumna Susana Navarro made it to the nation’s capital to help establish more equality in education for Mexican-Americans, she never imagined she would return one day to El Paso to change her own community.

Initially a social worker, she decided to focus her career on combating discrimination. For this and more, Susana Navarro has been named one of three 2013 Gold Nugget Award recipients for the UTEP College of Liberal Arts.

During her college years in the late 1960s at UTEP, Navarro combined political science classes and her activities as a member of the Student Government Association and a Chicano youth organization. Navarro obtained her bachelor’s degree in political science in 1968.

Right after graduating from UTEP, she moved to Washington, D.C., to join the Equal Employment Opportunity Commission where she worked with people in the field to investigate discrimination cases. She said this job put her on the path to success.

A few years later, still in Washington, D.C., she moved to work at the U.S. Commission on Civil Rights where she wrote a series of research reports on Mexican American education. Working on these reports opened Navarro’s eyes about how to direct her career.

“I became really interested in doing something to improve Chicano education, so I thought the best thing to do was to pursue a Ph.D.,” she said.

Navarro applied to numerous schools such as Harvard and UCLA but eventually, she attended Stanford where she earned her doctoral degree in educational psychology.

“I have always loved my job and career, knowing that you can make a difference on behalf of children that really want and need opportunities,” she said.

In 1991, she founded the El Paso Collaborative for Academic Excellence to improve academic achievement among all young El Pasoans by creating programs to support teachers. The Collaborative has become a national model for urban school reform.

While in El Paso, Navarro was also an associate professor at the UTEP’s Department of Educational Leadership and Foundations.

On Oct. 4th, during homecoming week, Navarro was named one of the College of Liberal Arts Gold Nugget recipients. This award is given yearly to recognize exceptional alumni who have distinguished themselves in their professional careers and their community work.

Navarro never imagined as a UTEP student that one day she was going to get an award from her school. She said it is a great honor.

“Any award would never be as meaningful as an award from UTEP because it is the place I went to school. I loved going to school there, and I had a many years of wonderful work there and it is terrific,” she said.

Navarro retired from the Collaborative in 2011, but she hasn’t stopped. She still works as a consultant in Washington, D.C., and she continues to be on several boards of trustees. She said she plans to continue to work as an external consultant for organizations or boards that are trying to improve higher education opportunities in the El Paso area.