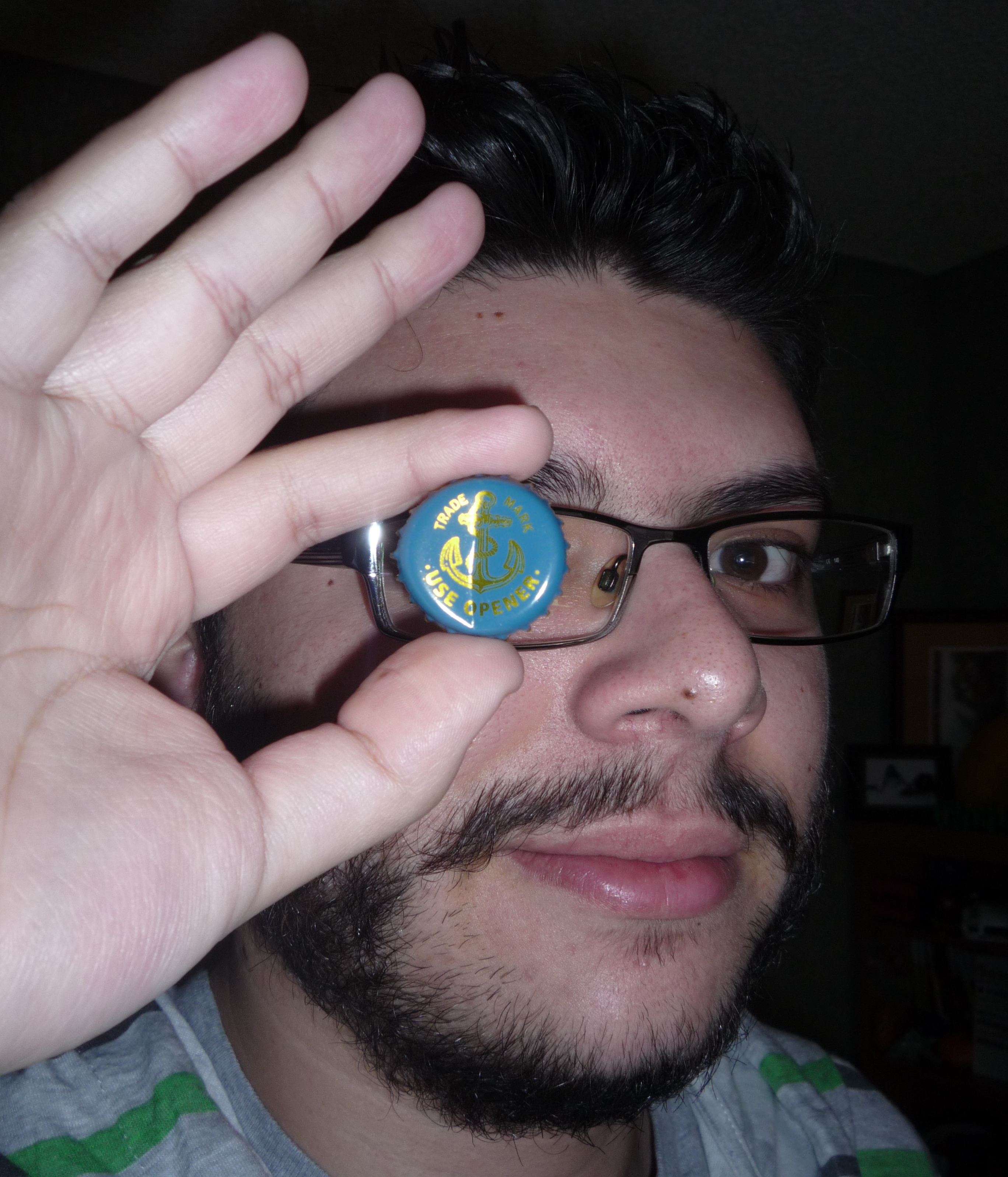 Chris Macias holds a bottle cap from his collection. He began collecting soda bottle caps, but switched to beers after he turned 21. Photo by Renee Malooly / Borderzine.com Chris Macias holds a bottle cap from his collection. He began collecting soda bottle caps, but switched to beers after he turned 21. Photo by Renee Malooly / Borderzine.com

Two years ago, Macias started saving only the bottle caps of Jarritos, a Mexican soda, but after his 21st birthday last year, he began to collect only beer bottle caps.

“It doesn’t even have to be something that I drank,” Macias said. “If I see a bottle cap, I might just snatch it.”

With over 100,000 collectors, coins are the most popular collectible in the United States, but others show off their collection of virtually anything — celebrity hair has racked up roughly 2,000 collectors in the last decade.

Whatever the item, collecting is a human trait.

According to research conducted by Catherine Carey, a professor of economics, in Modeling Collecting Behavior: The roles of set completion, people collect items for various reasons.

One is for financial gain, which offers something in return to the collector. However, other reasons are for a desire of completion and, in more serious cases, for psychological reasons that lead to hoarding. Other research connects collecting habits to Obsessive Compulsive Disorder (OCD).

Jennifer Eno Louden, assistant professor in the Department of Psychology at The University of Texas at El Paso, believes that people often collect items they remember with delight from childhood.

“From my limited experience, usually I think people collect items because it brings them some kind of pleasure,” Louden said.

Louden said most people who have collections probably do not have any serious psychological disorders such as OCD.

For Texas State University student Kevin Schillinger, 21, his model train and train ticket collection has been a part of his family tradition for generations.

“Those are a part of American history,” Schillinger said. “That company is still around today.” Kevin Schillinger's model train and train ticket collection has been part of his family since the 1940s. Photo by Renee Malooly /Borderzine.com

His grandparents started with Lionel model trains from the 1940s.

“It’s a way I can still connect with my grandparents to this day,” Schillinger said of his inherited model train collection.

While holding one of his model trains, Schillinger said it is hard to find model trains made of metal today. They are now made with plastic which has lost their original value.

Schillinger doesn’t stop his collection at model trains. A tennis player for over 10 years, everything from tennis racquets to medals and trophies line his bedroom wall.

“When I started winning tournaments, I started keeping trophies,” Schillinger said proudly while glancing at the first place medals and trophies on his bookshelf.

When Schillinger is finished playing with old racquets, he does not throw them away. He pays tribute to them by mounting them on his walls.   He has no plans of selling his collections and plans to continue collecting. He also frames all of his train ticket stubs, since he tries his best to only travel by train.

Other UTEP students also have collections of their own. Leaving a movie theater without a ticket stub is a nightmare for Luis Torres. Ever since he was 10 years old, Torres has been saving movie tickets every time he visits the theater. Keeping the tickets tidy in an Altoids mint box, Torres shared his collection of film memories.

“I thought it was cute how I had these tickets from memories hanging out with my family or friends,” Torres said showing off all of the movies he has seen since.

Torres said he likes keeping the tickets because it’s proof to everyone that he has seen many movies, some even from theaters that have shut down in El Paso. Others are one-time event movies such as those shown at the Plaza Classic Film Festival, which gave him a chance to see the older Hollywood classics on the big screen.

“Every time I go to the movies I make sure that I save it, or if I don’t have it I will see if there are any lying around that I can keep,” Torres said.

Torres said he has lost a few by accidentally leaving them in jeans that went through the wash. Others are beginning to fade but he refuses to throw them away. He is satisfied with his collection and still continues to add to it. Oscar Ortiz, 21, organizes his music sheets in binders. He has been collecting music sheets from concerts he has played in since the 8th grade. Photo by Renee Malooly /Borderzine.com

For euphonium player Oscar Ortiz, 21, leaving a concert without that night’s sheet music is unrealistic. Numerous black binders hold hundreds of sheet music from all of his concerts since his debut performance in eighth grade.

“I started keeping it because I really liked the song and when I’d practice at home I liked playing stuff that I like,” Ortiz said. “I’m so glad that I did because it lets me see my progress from start to where I am now.”

Ortiz said that looking through the pages in the binders takes him back to all of the gratifying concerts and ensembles he has played. He is particular about how his sheet music is arranged and makes sure it is kept that way.

“It’s OCD because if I don’t have it in chronological order that bothers me,” Ortiz said while checking on the organization of his prized possession.

Ortiz said he clings onto the sheet music after every concert, even if they are not advised to keep the papers.

For these college students, having pristine collections is something they can look back on whether they continue to collect or not.

“My grandparents loved them, I still love them,” Kevin Schillinger said of model trains. “It’s a way I can still connect to my grandparents to this day, even in college.”